This is a folder having a wide range of visual effects which can be used to improve the colors of imported videos. It is advised to finish all editing functions such as cutting and trimming videos before grading colors, so the videos on all clips can be matched for uniformity. 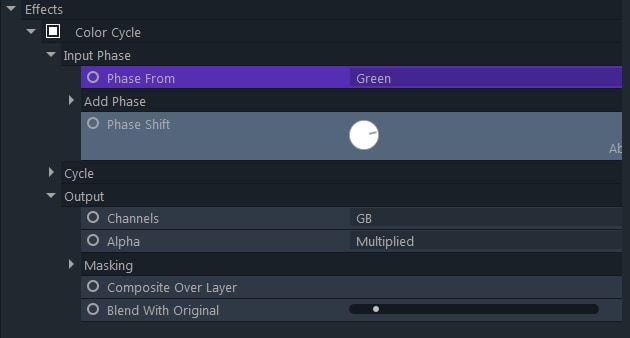 Loops from the color pallet are generated by this effect. It offers a wide range of properties to control the color channel to be used as a source for mapping the colors cycle and blend effect for the final cut. 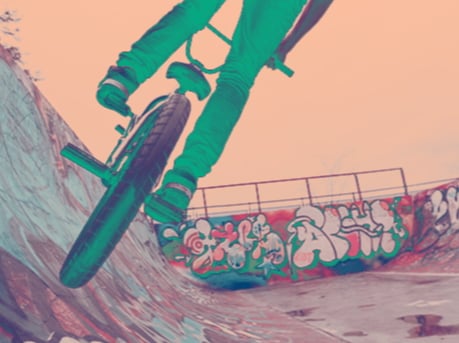 Using this effect allows overcast shots to be turned into night scenes irrespective of the time they were shot. The footage for this effect should not have brilliant colors, and should have low direct lighting for it to seem realistic.

The horizon option control the generation of the gradient, and the colors can be altered using the near and far options.

Horizon: Determines the splitting point between the near and far areas of the picture. 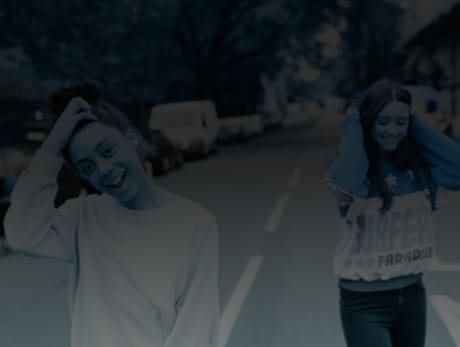 Quickly set the Hue values of a certain layer using this option. There are a wide range of preset values, but you can individually customize each for a better visual effect. 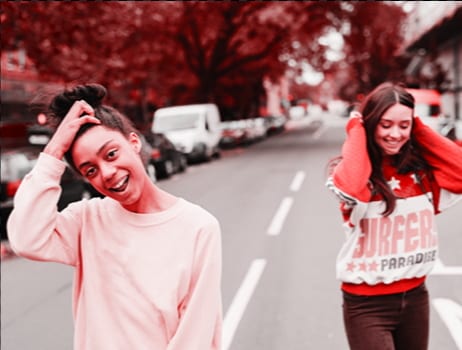 Uses preset hue values (301 Magenta, 240 Blue, etc.), which automatically change the hue values when applied to a clip. Customize the hue values of a video clip by going through the color spectrum by spinning the Hue Shift rotation wheel. Fine tune the brightness and intensity of the hue using the Saturation and Lightness features. 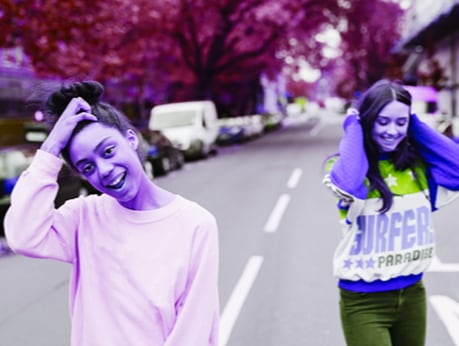 Inverts the colors of the video clip to generate a negative film effect. The Inverted section does not adopt any properties so you must adjust brightness and saturation before inverting the clip. 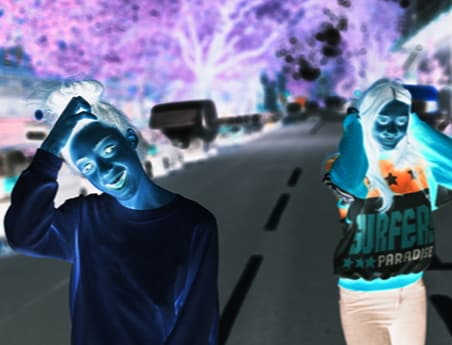 Use LUT files to change your footage to mimic certain processing techniques, Hollywood movies, or specific film stocks. There are a wide range of presets LUT file, or import industry-standard .cube LUT files. The LUT file intensity can be adjusted to blend with the original colors of the footage.

Enhances the RGB values to mimic the technique used in early color film productions. You can use Strong Blue or Strong Yellow, and individually adjust the RGB values manually. These options should be used sparingly so as to maintain the realism of the video. 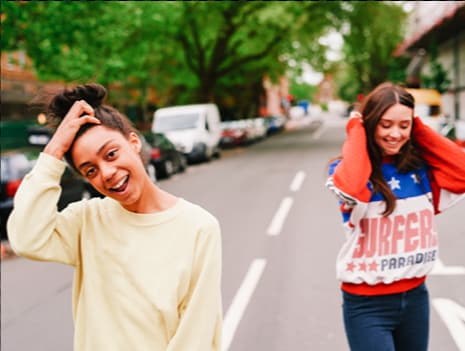 The effect simulates the two color process. Colors are converted to two colors such as those which are only captured by certain cameras. Use the dye settings to regenerate the original colors of the video. 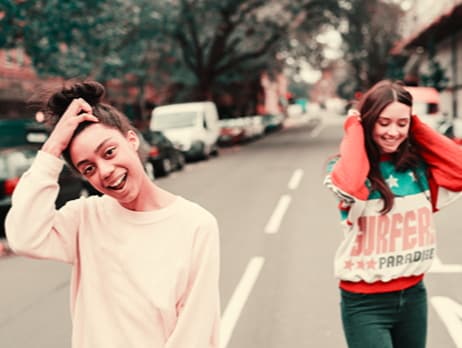 Each of the effects settings has default values provided by the Icy and Halloween Presets. Filmora Pro users can customize the colors for unique effects on their video projects.

Makes the color more pronounced and vibrant by increasing the edge details through the contrast feature. 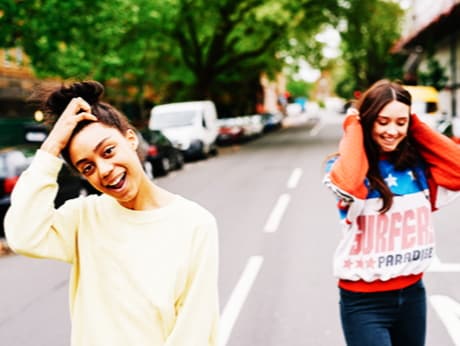 By default, the vignette effect adds a black overlay to the videos edges, but this can be customized accordingly. The curvature, softness ad other settings can be individually customized to get a better visual effect. You may also use HD soft or HD Vintage for added prominence.