Create a wide variety of visual effects for your video, which will be applied as layers just like other video effects.

Generates a shifting cloud texture that moves across the screen. Use the following options to customize it further: 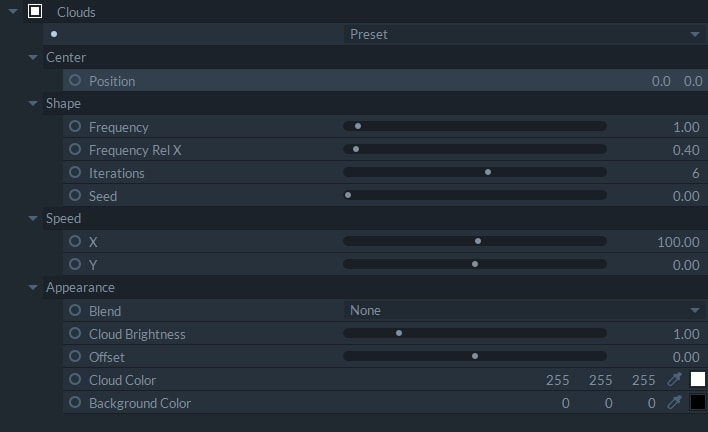 Center: Alter the position of the cloud pattern.

Shape: Alter the detailing level of the cloud texture. "Frequency" alters the shape. You get a high quality pattern by altering "Iterations". Generate a new pattern using "Seed".

Speed X/Y: Alter the animation direction as you see fit.

Blend: Customize how the generated pattern blends with the original footage.

Cloud Brightness: Alter the brightness of the cloud effect.

Offset: Alter the contrast of the cloud effect.

Cloud Color: Customize the foreground color of the cloud.

Add a drop shadow to your layer and fully customize the scale, appearance and distance. The shadow can also be rendered without using s different layer. 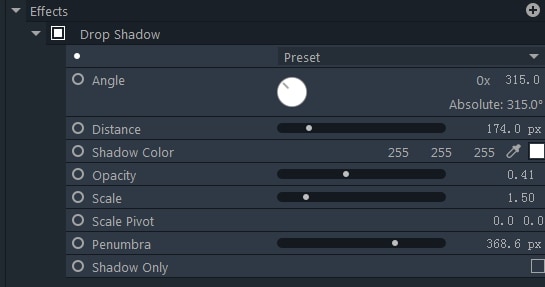 Angle: Alters the angle’s shadow with respect to the source.

Distance: Alters the distance of the shadow from the source.

Opacity: Define how transparent the shadow should be.

Scale: Customizes the drop shadow's size with respect to the source.

Scale Pivot: Define the scaling point of the drop shadow.

Shadow Only: Render the shadow and cut out the source.

This generates a professional end credits crawl for your video. The credits animate and crawl using default settings, which you can customize for added effects. 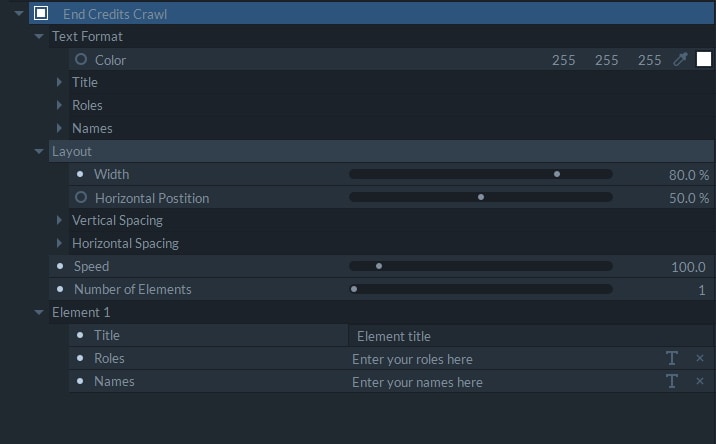 Reformat the titles, names and roles to customize the end credits. The effect will not be altered even if you leave out the titles and roles.

Generates a wide range of textures through procedural methods. Each individual fractal method can be customized using the following properties:

Generates a grid overlay, whose lines and spacing can be customized as shown below.

Add a letterbox to your project with speed and ease. The different presets represent standard film aspect ratios. 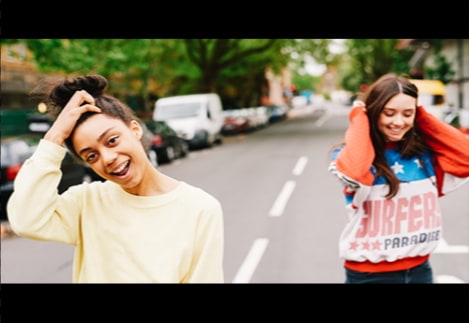 Creates a picture-in-picture effect. Use any layer in the timeline and customize the PiP's size and positioning to get the desired effect.

Generates a "ripple" effect which travels across the frame of the video by distorting the background.

Droplets per Second: Defines the number of droplets to be effected at any given time.

Size: Customize the droplet size. The droplets will be more distinct when you lower the values, and blurred when you increase the value.

Number of Ripples: Defines the number of ripples generated by each droplet.

Displacement: Changes the displacement value as the ripples move across the screen.

Speed: Alters the speed of the ripple.

Lifetime: Determines the life of the ripple. 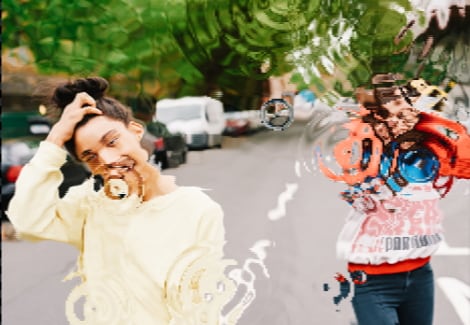 These are geometric, fully-customizable geometric shapes, which can be warped and animated as desired and inserted into the film.

Position: Alters the positioning of the radio waves.

Shape: Defines the shape of the geometric element.

Rotation/Curvature/Pinch/Shift: Twist and warp the geometric shape as desired.

Color: Alters the color of the shape.

Opacity: Alters the opacity of the shape.

Wave Start: Sets the starting time for the waves.

Fade In: Makes the waves gradually fade in.

Fade Out: Makes the waves gradually fade out.

Wave End: Sets the end time for the waves.

Start/End Width: Determine the width of the shape at the starting and ending points.

Line Blend: Alters the internal blend mode of the pattern

Frequency: Define how may times the pattern repeats itself.

Expansion: Define the expansion speed from the center to the edges of the frame.

Spin: Define the speed of rotation for the wave.

Blend: Define how the wave is blended with the "host" layer. 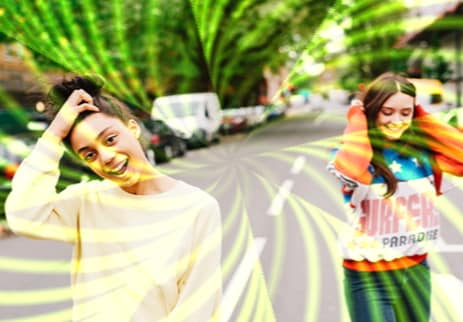 Create a reflection of the current layer with ease and speed.

Position: Alters the meeting point for the original and reflected layers. 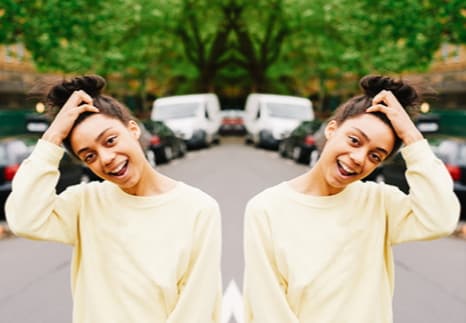 Create a tiled effect without duplicating images. You may scale from 100%, where the full image is displayed, and tiling occurs when the percentage falls. 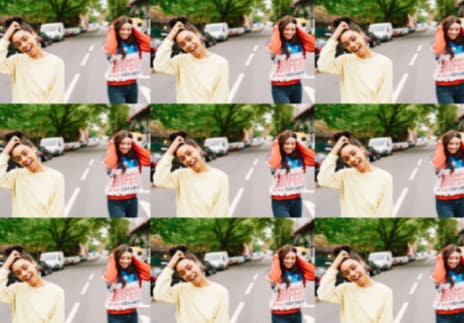 This displays the current position of the video during playback and editing.

Time From: Choose a layer or playhead which determines when and where the timecode is generated.

Format: Defines the format of the timecode.

Center: Repositions the origin of the timecode.

Text: Adjusts the color and opacity of the timecode. 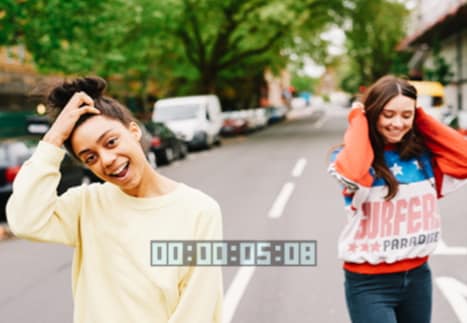 This is used to place vertical video into horizontal video frames. The black background is filled with a blurred or pixilated image of the video. The video seems to be full-screen, but the viewers’ attention is still focused on the vertical video section.