You can also follow this link so as to get more information about different ways that you can use to arrange the workspace. 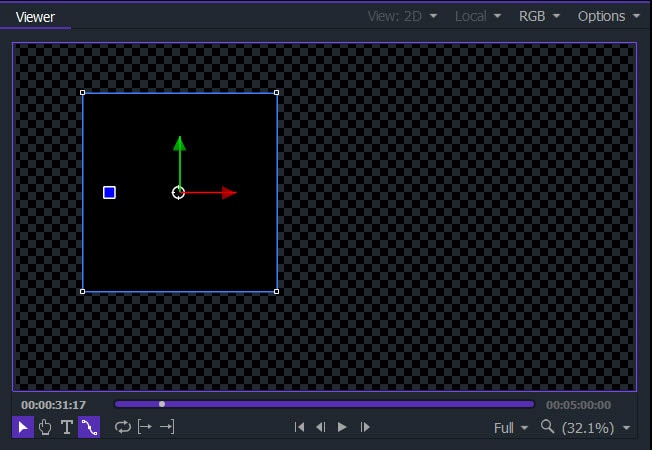 The Viewer - The panel is also referred to as the preview window and it's a common element that's found in all if the video editing software. It allows users to have a view of the video that they are working on. The viewer also shows vital information about all of the items such as the frame rate, media duration, and such like.

What's more, the Viewer panel can also be used for previewing how the media clips that have been added and what your final video looks like. So that you can change the details at any time before exporting.

The Viewer panel plays such an integral part of FilmoraPro's interface and it's important to note that it cannot be hidden or removed when the workspace is being customized.

You can get more information on the Viewer/preview window by clicking here: Introducing the Viewer.

Just as the name suggests, the Editor panel is the place where users engage in all of the editing and manipulation of the video clips. For example, you can cut and trim video footage, set the duration of transitions, adjust work alongside other editing task, etc. in this panel.

Note: Removal of the Editor panel from the software's interface is never possible. And you can access more information here: Introducing the Editor. 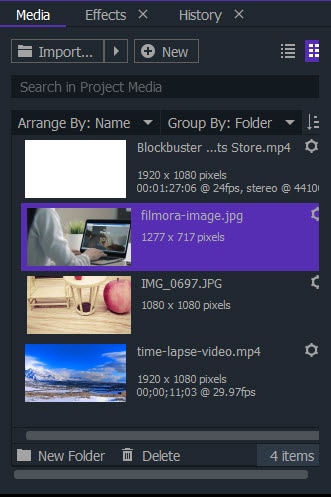 It's important to note that all of the files that gets imported to FilmoraPro video editor gets displayed in the Media panel and this is where the files can be renamed or be arranged in a way that enhances efficiency in using them. You can learn more on the Media Panel page here: Media Panel. 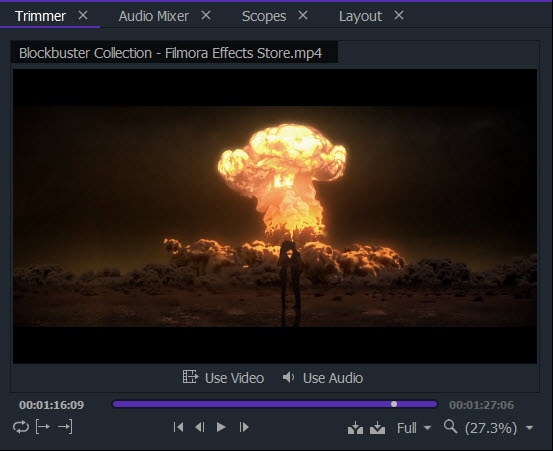 There are times when you may only want to use a part of a video clip in your project. FilmoraPro's Trimmer panel enables users to select the specific video clip from the Media panel and choose the portion of the video that they intend to use in their project. The trimmed video clip then gets added to the timeline for use. 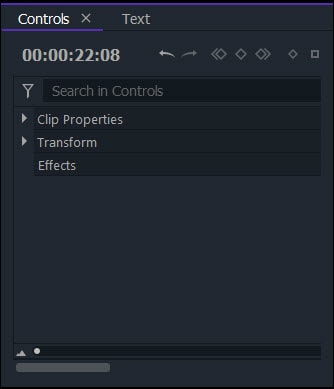 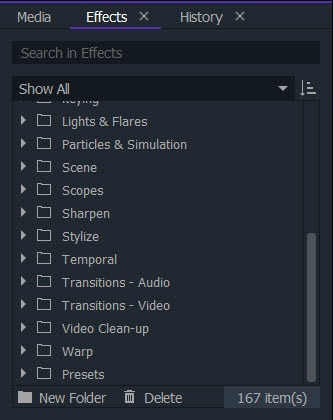 Effects Panel is used to display all visual effects that can be applied on the video clips in the FilmoraPro Video Editor. You can access and add your liked effects to your final video clip easily.

It's become much easier to balance the audio files that's used in a project by the Audio Meters panel. This panel provides users with such a dynamic readout of audio levels and also makes it possible for users to spot easily any unwanted peaks within the soundtrack. This panel can also be used foreditng dialogue as it shows the user if the dialogue recording is either too loud or too quiet.

You can access more information on Audio Meters panel here: Working with Audio. 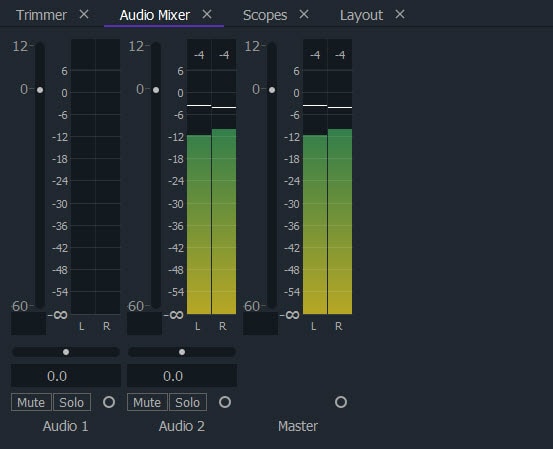 You can easily find Audio Mixer panel in the FilmoraPro video editor. In this section, every audio track will has its own meter to show its levels. And you can adjust levels as desired by either setting stereo pan for all audio tracks, muting the tracks, or even a solo a track (mute all except one track).

Let's learn more info about how to work with Audio in the Audio Mixer panel. 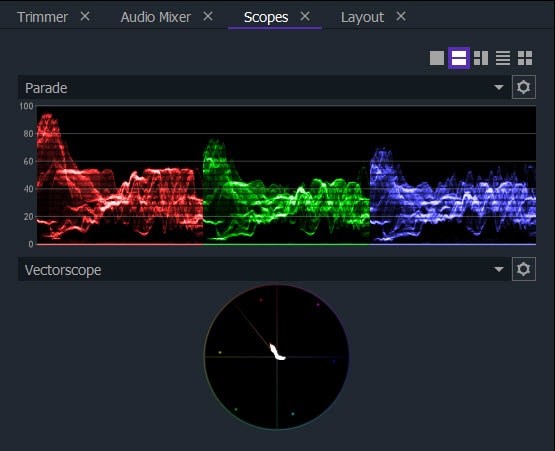 The color correction process helps with defining the visual identity of your project. From the Scopes panel, you can monitor the color ranges so as to see how the colors in the video will look when being played on a TV or any other screen. The panel also contains features such as a Vectorscope, a Histogram, an RGB Parade, and a Waveform monitor that provides users with total control over the color values during the color correction process.

You can access additional information about Scopes is here: Introducing Scopes.

In the Layout panel, you can easily find tools to readjust the position of your selection. Here is a detailed page to introduce the Layout Panel. 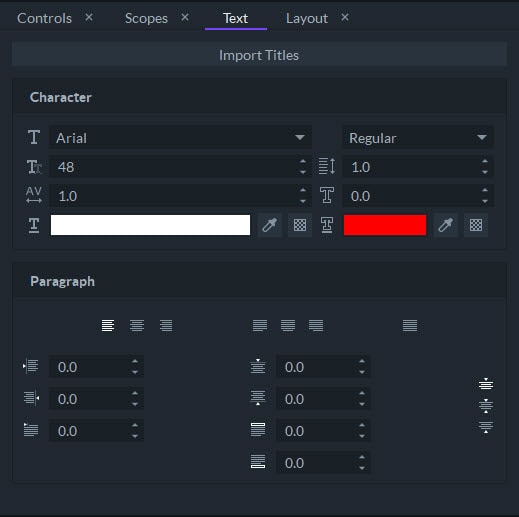 It's important to note that any text that you get to add to your project in FilmoraPro video editor can be edited from the Text panel. This feature cannot get removed from the application window because as it forms an integral part of the interface.

You can get more information by visiting Text Panel page.