DSS Player: How to Play DSS on Mac

There are many users of Apple products who regularly have troubles in playing DSS format on Mac. The problem arises from codec issues, as well as the inability of Apple product to recognize DSS file type. That means there is no DSS player for Mac. It is because of this reason that many Mac users upgrade their Macs to Mountain Lion or Lion. Since the DSS format is widely used in digital speech recording, we feel it is necessary to write a tutorial on this problem. There are two ways you can use to fix this problem.

Use Perian Plugin to Play DSS Files with QuickTime

To play DSS file format on Mac, you can also use Perian, a free QuickTime component, which will provide native support for many video formats. The current version of this QuickTime component is compatible with Snow Leopard and will also work with most of the DSS files. You can download Perian from the Internet. However you must remember that the latest version 1.2.3 of Perian is not compatible with Mac OS X Mountain Lion because the latest version of Perian also requires installation of QuickTime 7 and QuickTime seven does not exist for Mac OS X Mountain Lion. 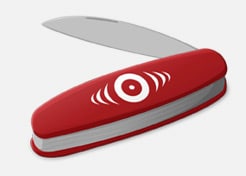 DSS stands for Digital Speech Standard. It is a highly compressed audio format and widely used in digital dictation recorders. Though sound quality is not as good as that of MP3, sound recorded in DSS format can result in a much smaller file size.For more information, please visit http://en.wikipedia.org/wiki/Digital_Speech_Standard.