How to backup Mac with Time Machine

Embed this infographic on your site:

What is Time Machine Backup

Making backup of important data is always a necessity but people always forget to. For Mac users, there’s a great application called Time Machine that is able to create backup of your Mac files, applications, folders, volumes and even the whole Mac system.

The most wonderful feature of Time Machine is that it automatically backs up your Mac everyday as long as the backup drive has enough space, so that you can select the version of the files that you want to restore depending on your need. With Time Machine backup, you’ll never be worried about losing important data from your Mac.

What can Time Machine backup

HFS + disks and partitions on Mac, as well as connected hard drive, USB, FireWire with HFS + system too. You can backup everything on your Mac, including Mac system, applications, accounts, preferences, emails, music, photos, audios and documents with Time Machine after activating it.

The space of a Time Machine

Since Time Machine would probably backup the entire Mac system and it updates every day, the backup can be very big. This is the reason why it’s strongly suggested to select a drive which is two times bigger than the system drive as the Time Machine disk.

The schedule of Time Machine

After the first set up, a Time Machine backup will be created. Normally, Time Machine works hourly (if your Mac is on and the drive is working). You can also click the “Backup Now” on the Time Machine icon bar to backup immediately.

The needed time of making a Time Machine backup:

It’s hard to tell. The backup time depends on the amount of data, the data transferring speed of your drive. Normally, the less files and the better drive speed, the faster.

Click here to view the official explanation of Time Machine. 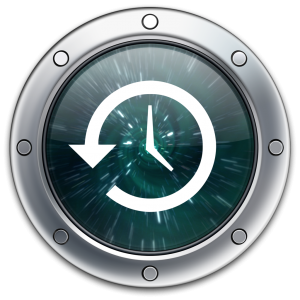 How to exclude data from Time Machine backup 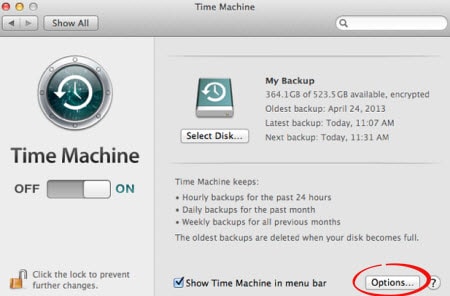 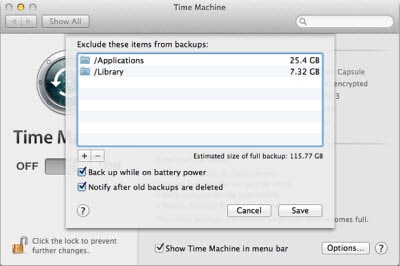 After the two steps, a new backup will be created automatically in 120 seconds and the excluded files won’t be contained.

Please note that if the Time Machine backup drive is not connected with your Mac, the whole backup will be excluded and you can’t exclude data from it.

How to see time Machine backup

How to delete Time Machine backup

Note: If the backup is set on an external hard drive, you need to make the drive connected with your Mac.

How to copy/transfer Time Machine backup to another drive/partition

This is easy, you just need to find the local backup file from finder and copy it to other place. But it’s not suggested, because as the backup grow bigger, it takes much time to transfer it and you can easily make a new backup on another partition or hard drive.

If you do want to copy it to another drive, please remind:

The Time Machine icon in the menu bar allows you to launch the application to backup and restore even if it's closed.

If you haven't set this icon, you can go to Time Machine > System Preferences and switch Time Machine’s status to activate it.

Click the “Show Time Machine status in the menu bar”, you can back up your Mac to the application whenever you want to.

The TIME MACHINE Icon in your Dock

How to Backup Mac with Time Machine on Local Drive

It’s quite easy and simple to backup Mac with Time Machine. Please follow the below steps to set up Time Machine backup on Mac.

Step 2 Click “On” to activate the backup and you need to "Select Backup Disk" to set as backup drive. The startup drive can’t be chose here. You’d better select another local drive, or any external hard drive, USB, as well as FireWire disk and Apple Time Capsule to create the backup disk. 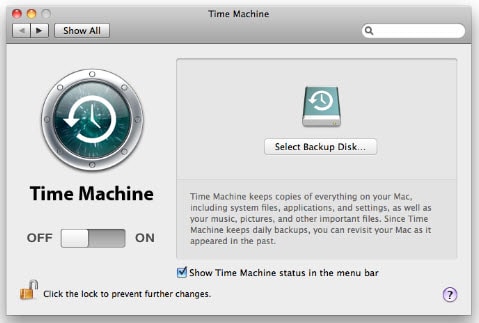 It’s quite easy and simple to backup Mac with Time Machine. Please follow the below steps to set up Time Machine backup on Mac.

Enter Time Machine preference and connect the drive to your Mac. If it's the first time you setup Time Machine backup on your Mac, you'll get a notification asking if you with the drive as the backup drive. Select “Use as Backup Disk" and then the backup will automatically start.

Note: If you’re going to select external hard drive as Time Machine backup drive, it's better to get a drive with twice the capacity of your system disk.

1 Making more than 1 Time Machine backup on a drive: This can be done. But it’s better to save two backups on different partitions.

You can also make Time Machine backup with Time Capsule if you have an AirPort Time Capsule on your home network.

2 When you’re going to make Time Machine backup on Time Capsule or restore from it, please make sure it’s well connected with your Mac

How to Restore Files with Time Machine

To restore from Time Machine backup, you need:

Enter Time Machine backup from the menu bar icon or spotlight or application folder. You can see a backups listed in “go back in time” mode. They’ll be listed according to time line. The timeline shows the times of all backups on your backup drive.

Timeline shows the times of all backups on your backup drive.

If you’re going to restore a specific item or folder, you just need to select a specific backup, and preview file you want to restore: just highlight the file and press the Space Bar to bring up a quick look.

Then choose the item or folder and click the "Restore" button. The item will be restored to the desktop or folder.

Note: If the restored item has another file with same name in its location, you should choose which file to keep or keep both. 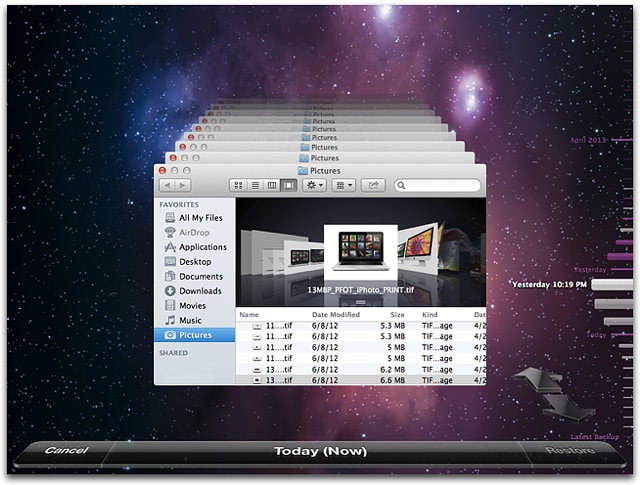 How to Restore the Whole Mac System

To restore the whole Mac system from Time Machine backup, you need: 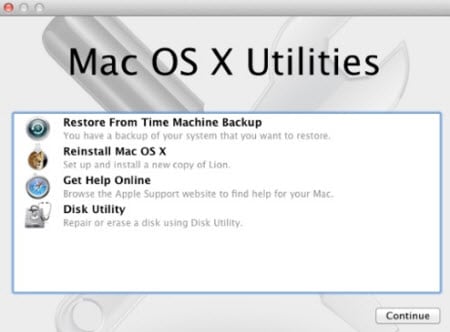 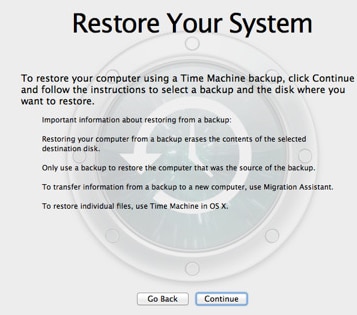 1 Restore the whole system will remove old data on your system disk, please ensure there’re no important data on the drive.

2 If the backup is set on external disk, please make it connected.

To restore Mac from other Time Machine backup, you need:

Step 1 Launch Migration Assistant from Utility folder or spotlight, you’ll see a window as below. This application helps you transfer data from one Mac and Time Machine to another one. 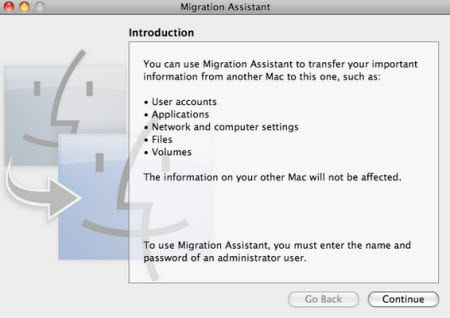 Step 2 Select “From another Mac, PC, Time Machine back up, or other disk” and click “Continue”. 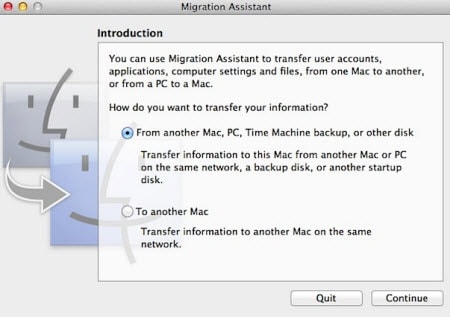 Step 4 Then Choose “From a Time Machine backup or other disk” and click “Continue”. 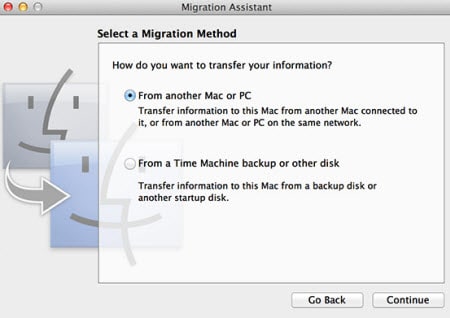 Encrypted Time Machine Backup: You can encrypt the backup and complete backups when the Mac is in Power Nap. ou can enable "Encrypt backups" after entering Time Machine's preference. 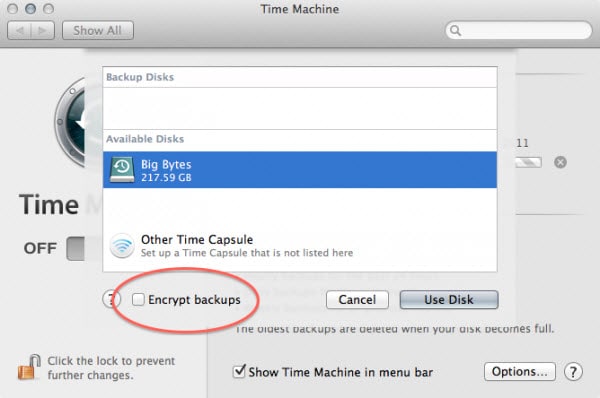 Time Machine Notification: If it's the first time you use Time Machine backup, a notification will be displayed in top right corner after the first backup is complete, or if any issues arise during the initial backup.

External Time Machine Backup Drive: If you’re going to select external hard drive as Time Machine backup drive, it's better to get a drive with twice the capacity of your system disk. Connect the drive to your Mac.

Restore File from Time Machine Backup: If you want to restore an item from Time Machine to a different location on your drive, you can right click it and choose "Restore to...", then you can select a destination from the popping up Find window. Otherwise, the file will be restored to the original location.

Mac Time Machine not Backing Up: This happens for different reasons, such as the drive doesn't have enough space, backup volume can't be mounted, files can't be backed up, etc. When facing these erros, you can try another drive or just exclude files which can't be backed up.

For more Apple Time Machine troubleshootings, you can visit this page. It offers solutions for almost all Time Machine issues.

Time Machine Doesn't Support Windows Drive: If your drive is a NTFS or FAT one, which is not supported by Mac OS X, you'll need to erase drive to make Time Machine backup on it. This process will remove all files on the drive.

A Time Machine can’t be set on the drive: When this issue happens, please make sure your disk has enough space for the backup, also check that the external hard disk or FireWire drive is connected with your Mac

C "Aborting backup because indexing a file failed": Usually, wait for next backup schedule or select “Backup Now” will solve this issue. Otherwise, there might be something wrong with that file. You can find that file from finder and check what’s wrong or directly remove it, and then the backup will continue.

D Backup is slow: It’s slow might because there’re too much data, the data transferring speed is slow when using external hard disk or FireWire as backup disk, or the space on backup drive is not enough. You can wait or clean backup disk.

E Unexpected delete backup: This is because the system is automatically deleting or thinning the backup. As we all know, the backup keeps growing as we use the Mac. It’s not a big problem.

F "The backup disk is full," or "This backup is too large": When this messages shows, the space on your drive might not be enough for a new backup. You’d better select a bigger drive to create new backup or delete needless data on that drive.

Disadvantages of Only Making Backup

Though creating backup of important data using Time Machine, or Time Machine alternatives like cloud backup and other software is a great way of avoiding data loss, there’re still disadvantages. 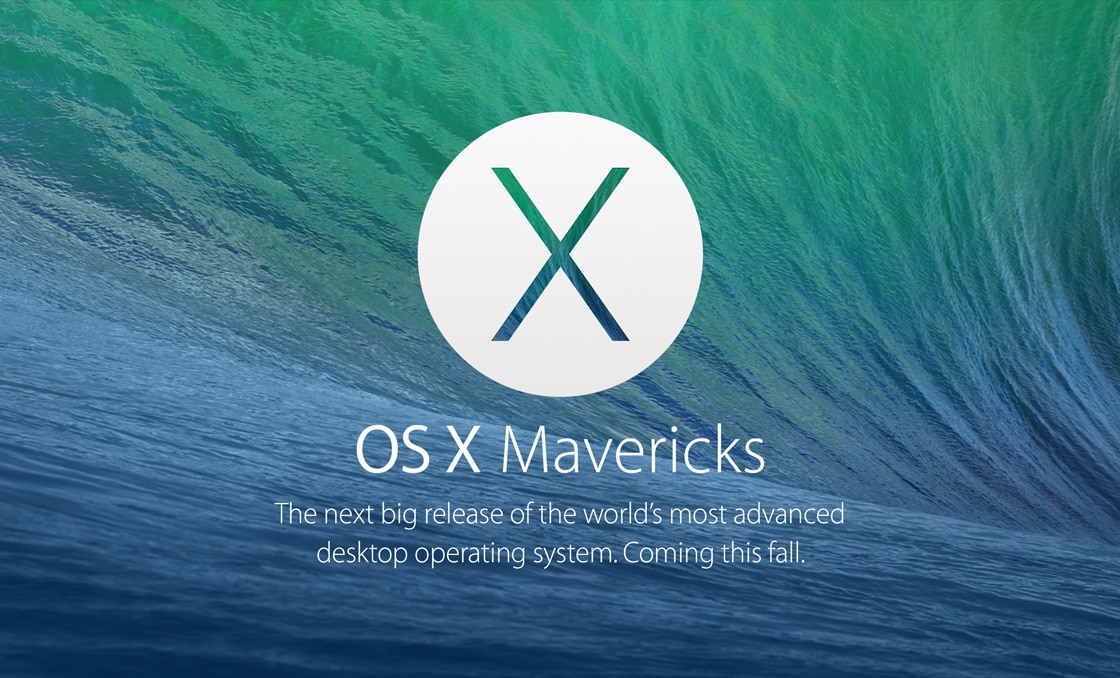 Actually, you need to take both backup and recovery seriously. Backup without thinking about recovery is not actually backup, and backing up is just the very first step. When disaster like data loss happens, and you don’t have backup or the backup fails, there’re several tips for you to keep in mind:

> Mac > How to backup Mac with Time Machine