How iCloud Could Save Your Mac from El Capitan’s Destruction

Recently, Apple has released their newest beta version of OS X, El Capitan, to the public. This will be their twelfth release of OS X and eager users now have a chance to test it before it’s officially out. However, since the OS is still in beta, don’t expect it to run flawlessly. I’ve heard a lot of users say that you should never replace your current OS with a beta version. While I get where they are coming from, I am that kind of a person that will risk security for a chance to get my hands on all the coolest, newest features (and I know for a fact that I’m not the only one). Let’s look at some of the features El Capitan has and see if we could persuade some of those people who play it safe to live on the edge, after all.

Save Mac from El Capitan’s Destruction by Using iCloud

It sounds dreamy, doesn’t it? However, since the official version is not yet available, downloading El Capitan in beta might not be such a great experience. If you choose to do so anyway (because, let’s face it, the things that Apple is offering with this OS sound pretty tempting), you need to be aware of the risks that come with it.

On the positive side, you’ll be one of the first people who’ll get to try this OS and will potentially have the power to influence the final version with your notes and feedback. But, on the negative side, you are most likely to encounter a few bugs and bumps on the road. Beta is never quite the same as the real deal, so don’t get carried away with how great it sounds just yet. I still haven’t mentioned the biggest issue you could have with the beta version, which is – losing your files. Yes, you’ve read it right – you could lose all the data from your Mac.

When you download El Capitan, you’ll be encouraged to restart your computer and proceed with the installation process. Now, I don’t know why or how, but at this point, there’s a chance that the installation won’t be successful. 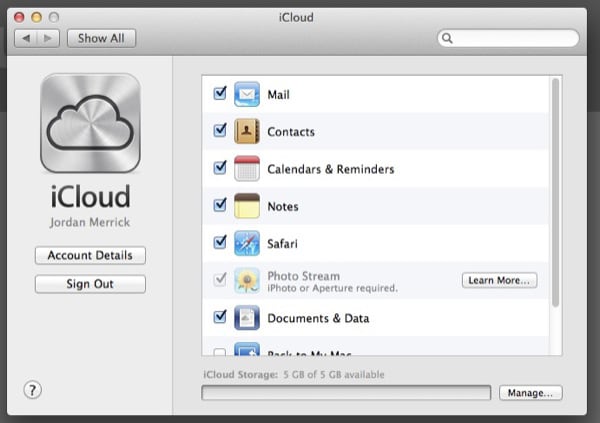 You won’t have any other alternatives but to go to Recovery mode and return to your previous OS, Yosemite. But there’s a catch – going back might not work and you could choose to either be stuck with a computer that virtually doesn’t work, or reinstall your OS, thus wiping everything clean. When I just imagine suddenly losing all of my precious documents and files, I can already feel my hair turning grey. And I don’t mean the gracious shade of grey that says, “I’ve lived a full and exciting life and have lots of stories to tell my grandchildren”, but the one that says “Life hasn’t treaded me kindly”. Because, let’s face it, losing hundreds of work documents, files or vacation photos won’t turn into a fun story 10 or 20 years from now. It will just be a lot of priceless memories and hard work lost. To prevent this kind of thing from happening to you, you’ll need the help of your new best friend, iCloud.

I’m not even being overly dramatic here, storing your files on iCloud is the best thing you could do for yourself before you decide to get adventurous and install a beta OS. It’s better to be safe than sorry, right? It really doesn’t take a lot to back everything up on Cloud, but if you ever find yourself in a bit of a pickle, you’ll see how smart the decision was. Not only will your files be safe and sound, but even if this doesn’t happen, you’ll have the advantage of accessing your files from any other device and you’ll save some space on your hard disk.

Paying additional $0.99 for 20 GB of storage or $19.99 for up to terabyte, it really isn’t a huge price to pay, if you consider all the benefits. Making such a small investment is definitely something to consider, especially if you are eager to try out El Capitan. Best case scenario: you get the latest OS, it works fine and you get to enjoy all the great new features. Worst case scenario: it doesn’t work, but at least you tried and don’t have to worry about losing valuable files. My point is that you don’t need to fear trying Apple’s latest release, as long as you don’t jump right into it, without thinking about possible consequences and securing the data you might need.

I love this feature. It allows users to simultaneously work in two apps on their screens. For example, you can browse in Safari while, at the same time, you are typing a document. As a user, I find this extremely valuable for my productivity. I no longer have to constantly switch in-between apps and it really reduces the amount of time I need to get things done. Plus, I can easily return to my Desktop, so it’s not a difficult thing to get used to. 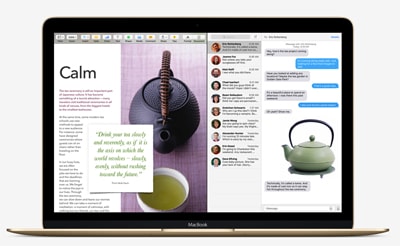 If you are a multi-tasker like me, you’ll really appreciate Mission Control. It aligns all of your open windows into one layer, so when it’s all out in the open, you’ll have a better view of everything, thus making specific things easier to find. Furthermore, you can drag and arrange them however you like, in order to be even more organized. 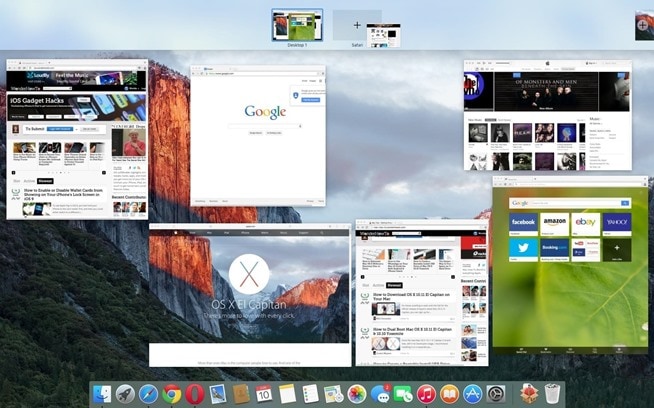 In El Capitan, you’ll be able to move Spotlight anywhere on your desktop, resize it and find information more easily. Whatever you need finding, you can now type naturally, in a way that you would say it. For instance, you can type something like “email from yesterday that has an attachment” and voila, Spotlight will show you everything that matches your search. It really makes finding things a whole lot easier. 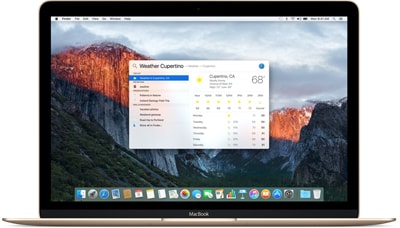 Managing your inbox is now more similar to the way you would do it on your iPhone. With just a swipe, you can mark, delete or move emails, add new contacts and it even notifies you when one of your existing contacts has changed their email address. 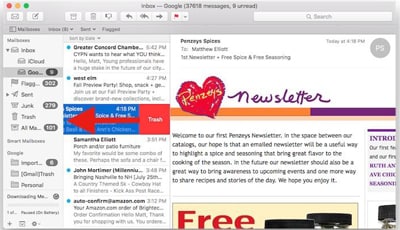 How to Combine Two Videos in Movie Maker