One of the most common questions asked when it comes time for a new Apple operating system is "should I upgrade". It is never straightforward, and particularly so when it comes to iOS, so here we will look a little closer into what iOS 7 and 8 have to offer and which is best for you. 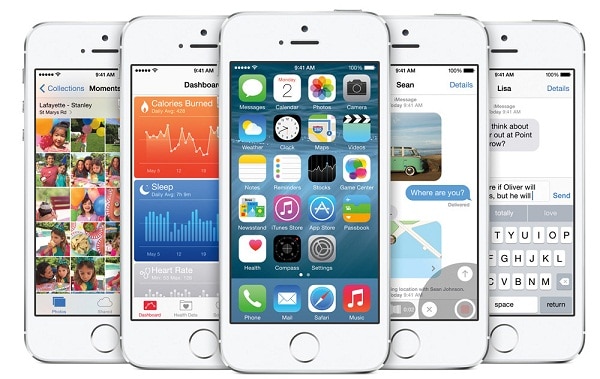 iOS 7's biggest change when it was introduced was its visual design, a fairly drastic change from iOS 6 and although it was met with reservations at the time, is now considered the standard by which others are measured. iOS 8 follows the trend set by iOS 7 and in reality looks little different, a few new icons here and there for the newest features, but in general there is little difference between them.

Having established that the visual look has not changed much, it would seem likely that the feature set itself is where the majority of the action is, and here we have a new addition to iOS 8, the widget. Widgets have been a round in Android for a while, and are mini-apps that are placed on the notification screen and perform certain tasks when activated. This is not as comprehensive as the Android iteration but it does present a first step with a very useful idea. At the main presentation of the feature, the example shown was an eBay widget that allowed you to see the progress of auctions and even bid directly from the notification screen.

By comparison, iOS 7 is simply lacking this feature altogether, and so here we have to say there is a distinct improvement in usability from iOS 8. 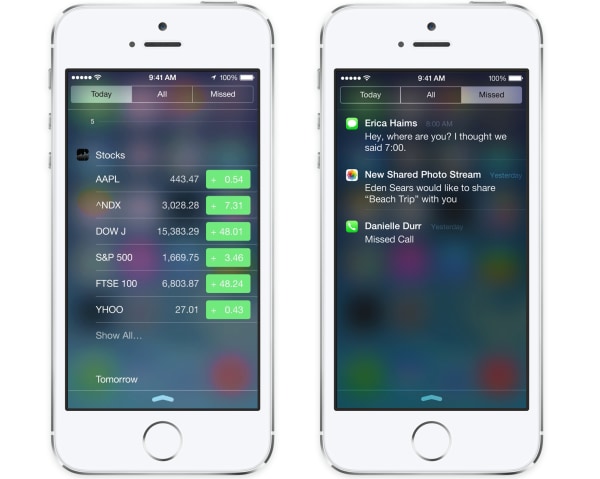 Aside from widgets, iOS 8 sees some further improvements in the notification screen usability, where in iOS 7 swiping a notification would take you to the app that generated it, in iOS 8 you can often interact with the app from the notification itself, sending a tweet or Facebook post without moving from that notification screen. This is not a major update to the usefulness of iOS 7 but it does make the process more convenient and a little quicker regardless, and so it must be viewed as a viable improvement for iOS 8. 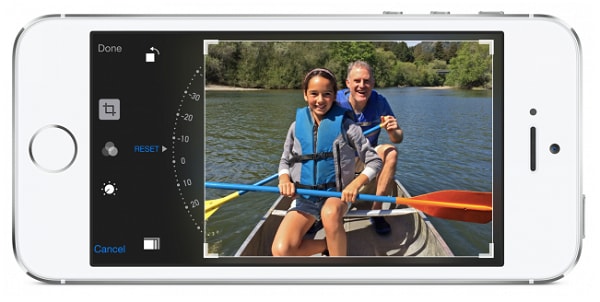 The camera app has been steadily improved with each iteration of iOS and here is no different. The new camera app in iOS 8 adds time-lapse video and a timer for the camera operation, whilst users of older devices in particular gain here with the addition of the faster burst mode that was introduced with the iPhone 5S, whilst the iPad gets numerous additions, including the addition of controls for separate focus and exposure and a panorama mode for the camera.

Whilst many of these features may be things that are used infrequently, the additional features added to the older devices make significant improvements for owners and make this a big step forwards over the iOS 7 feature set. 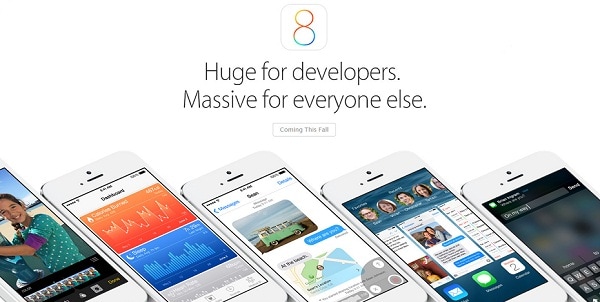 All the new features and so on are nice of course, however they are not if the system becomes too sluggish to make good use of them, and here is the issue, for those with older devices especially. iPhone 4S, the oldest design recommended for the iOS 8 upgrade, was noticeably slower on iOS 7, and further performance erosion could become a major issue, until the full software is out and in the hands of users it is not understood how much of a performance it the new OS could bring. For those devices at the bottom level of supporting the new operating system it is definitely an issue to consider, and iOS 7 could well be the better option despite the lack of the newer features.

So should you upgrade to iOS 8? In principle the answer is yes, it offers more or less the same look everyone is now used to, adds some extra useful features and takes nothing away. For anyone with newer hardware then the answer is undoubtedly yes, iOS 8 is well worth the upgrade. For those with devices at the lower end, it is not quite so clear, until the level of performance hits become clear the answer must be still yes, the extra features make it a worthwhile upgrade, with the proviso that those older devices do not suffer too much in terms of performance.