The Apple Worldwide Developers Conference, abbreviated WWDC is considered as one of the most important events in Apple annual calendar. This conference is held each year at San Francisco and thousands of Apple developers who are eager to be educated in all things Apple usually attend it. Over the years, Apple has used the conference to announce some of its new products such as iPhone, Mac Pro, Intel Processors, Mac OS X operating systems, and much more. Then again, it is worth mentioning that the conference has improved in terms of attendees and products launched thus making it one of the most popular conferences in the world today. There are a number of developers who would like to attend the 2014 conference, but they are not sure since the tickets will be given randomly. In addition, other s that are not sure of attending the are still wondering when is the Apple conference going to happen and if the will be streamed live. For those who can never attend the conference are given a chance to watch Apple conference live from the comfort of their homes.

A Tribute to Developers

To give a salute to all the developers,
iSkysoft offers an extra 20$ coupon
for any products.

Comparison between Apple and Samsung changes in the last ten years

The first thing to realize before embarking on this debate is that all the things that have made these two companies stand among the rest are still the one making them stand today. However, that does not mean that there are no changes, which have occurred in the last 10 years. Apple and Samsung have changed literally every day with more innovations and improvement taking center stage in the development of the two companies, largely because of good leadership and the urge to come up with better technology that will touch people's life on a daily basis.

Samsung and Apple have witnessed a lot of changes in the last ten years and there will always be changes that will come as the two companies keep operating in the global and local market. 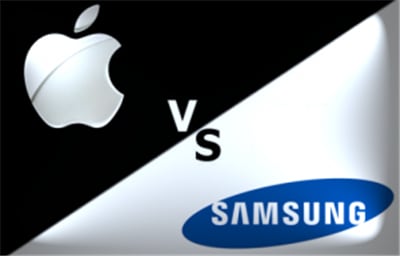 Talk of brand affection and you will realize that Samsung is gaining a lot as compared to Apple, however; the world and Apple lovers as well seem reluctant to admit it. This is because for the last five years Samsung has been investing heavily of consumer loyalty and not just marketing. One can be perceived right when he or she attributes this to the changes that have happened to these two brands for the last 5 years. Here is the list of changes that have happened to the last two brands in the last 5 years.

When it comes to branding Samsung seems to score higher after it tried to come up with cheaper models that could accommodate people with lower income. However, this cannot be said of Apple since it has been associated with the rich people. This is the reason why Samsung id winning the consumer brand and loyalty better than Apple does. This cheaper model has seen more penetration of mobile technology all over the world. To date mobile technology has become a contributing factor to develop something that has seen the effectiveness in communication and more social connectivity than has never been witnessed before.

These two companies have been depending on one another with Apple depending on Samsung for its microprocessors and other electronic components thus making Apple critically dependent on the Samsung. Due to the quality of these components, Samsung has emerged as the biggest maker and supplier of these components to other companies around the world. However, there have been a series of court cases between the two players in the technology market.

Before forgetting how the mobile phone wars has been shaping you must have noticed that the war has taken a bigger, better, faster and stronger approach in almost all of the last five generations of the mobile phones. For the last two years, both companies have been involved in a tech game of tennis, each outdoing one another in all the above mentioned aspect which has been  evident when launching their products. For instance, during the last couple of years, both companies have come up with larger phones from their previous generation something that has been received well by their customers. Furthermore, both companies have come up with slimmer phones with sum sang doing well in this aspect.

When it comes to construction and built quality Samsung has tried to stay to the traditional mode of glossy and plastic while Apple has come up with metallic airtight body made of anodized aluminum thus making it very admirable. One can reason out that the rationale behind this bodywork is durability something that each customer would want to have. Apple anodized aluminum design n has become so familiar and iconic.

When it comes to the display in terms of big screen, it has remained one of the major differences between the two companies product. For instance, Samsung smart phones have become so familiar with its clients owing to its crystal clear display not to mention the big screens. However, most of the Apple lovers have a point to put across when it comes to ease in using their products.

How Apple will change people's life in the coming 10, 20 years

It is no doubt that Steve jobs vision for the computerized world changed the way we see the world today and the way we live. You will agree that the company and ideas that came from this great entrepreneur will still have an impact on the way we live our lives today and in the coming 10, 20 years. Many of this innovations will change the way people live, work and play in the coming years. 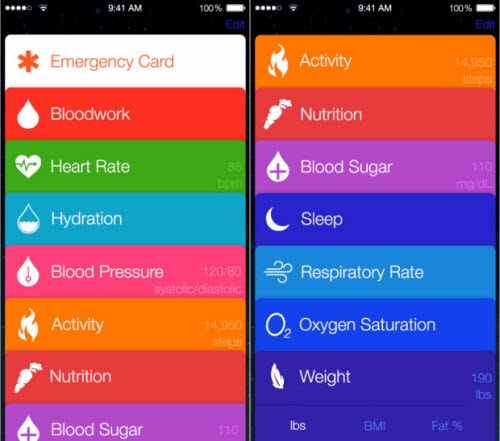 With numerous innovations, concerning health Apple has come out as an innovative producer in matters concerning mobile health today and in the future. There is much more to health than just entering your calorie into Myfitness Pal since health in the subject that most matters in the world today. The type of innovation that you will witness in the coming years is going to be extensive and ground breaking in medical science. For instance, you must be surprised when you hard that doctors performed liver cancer surgery with the aid of a specially-developed 3D imaging app along with an iPad. This is just a single stride in terms of innovation that Apple is taking in regards to medical health.

With the development of icloud project, iPhone and Apple device users will be able to store their music, photos and data remotely. Therefore, we have not seen that entire passbook could offer. Nowadays travelling entails a number of issues that makes it hectic and time consuming. The good news is that all these can come to an end. Though, I could be wrong. With the fingerprint sensor in the iPhone, be rest assured that in future iPhone is going to give you an identity. It will help you prove who you are so that you can use your passport, air tickets, gig tickets, travel tickets and other passes in a more safe and reliable way. This is going to be a big innovation that will save time and money to all the business sectors around the world.