What is Music Box?

Music box was developed by Chris Bauer. This app is a like a music producing mini app, which play the songs you have created and not the songs from your playlist. It is used by all the immature artists who like tocreate some songs. There is a pro version of this wherein you can choose from many instruments and let you compose long songs. There is also a simple basic Music Box app which is superb and free. You can choose two instruments; all you have to do is tab the small brick like icons, and it will create a beat. 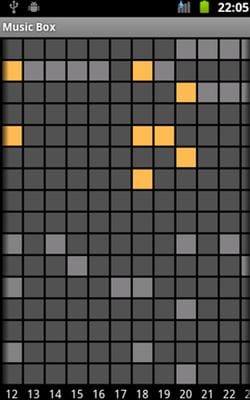 If you know scales or familiar with music theory then you might create a genuine beat but if you are a beginner without an experience, you can do many things. You can learn to make beats of your own. Music Box is an app, which is a home for all the music lovers who want to create something on their own.

Talking about features of this Music Box, it lets you create and edit up to 2 tracks. You can choose the color of the rectangular bar to know where the keys are. You don’t have to create the same tune again and again; you can copy and paste the bar of keys. After you finish your track, you can convert it into mp3 file on your Android device. Its intuitive interface and the good logic behind it makes Music Box app be loved by many users. 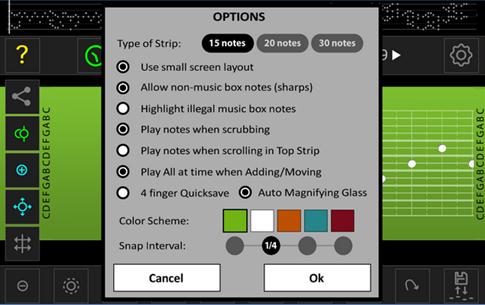 It is developed by Jelly Biscuits. This app is very different from Music Box but have huge similarities with it. It provides the punching strip, which creates a beat if tapped and it also support music notes.You can see already made tracks; you can edit, add your own track in punching strip and create your unique symphony. After that, you can share it on any social media site to show your friends what you can create.

If you know how to play guitar, it will be easy for you to add notes because of the layout of the interface base on guitar string structure from E to A minor. You can choose the background color, undo, redo a track, put keys of different instruments, and merge them together to create a melody. It is somehow different from Music Box app but was made on the same logic. 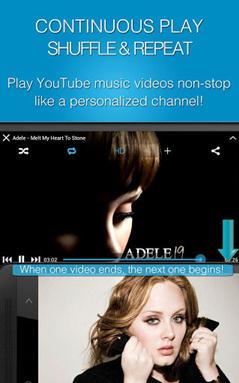 Free Music Player: Mixer Box is a compliance with a 3rd-party API client that linkstoYouTube. It is a great app, which is similar to the Music Box. It also provides a free music player, and just like a music box, it is your Mixer Box. Here you can mix different beats together. Mixer Box© developed it and claimed that this is not an mp3 downloader app even though it contains songs from sound cloud too. Having more than 10,000 user reviews and thousands of download tell us that people like it.

On the main logo, it says that this app plays all. It is a mixer in a sense that it contains every sound you want. You can download and play any song you like, whether it is on YouTube or in sound cloud. YouTube videos can be heard like an mp3 song; that is why this is a third party app which plays all. It is a mixer of sounds just like Music Box. 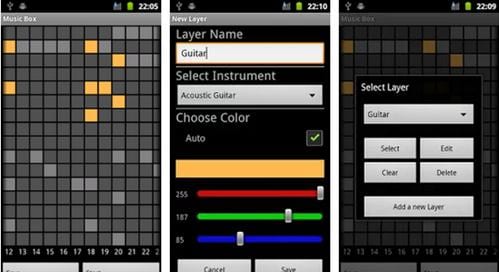 Music Box Pro was developed by the same developers of Music Box. It is a pro version of Music Box. You can create and edit up toeight tracks together. In the original Music Box, you can only edit up totwo Tracks. Just like Music box,you can pick your own colors to detect the notes you make. You mayexport the song you created as a ringtoneto your device and save thefiles to transfer songs to your friends using any social media site.

In addition, you create more lengthy songs in pro version. It costs less but its features are better than using the free version. You can export midi soundson computers as mp3 files. So, if you buy Music Box Pro then you will be using a Music Box with extra features. Otherwise, the interface for both apps is 100% identical. 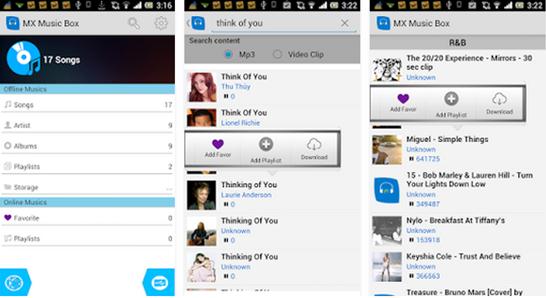 Mx Music Box Pro was developed by HAW Research & Development. It is a complete package for all the online- offline tracks in the world. It has its own player, which can play mp3, mp4/m4a, alac, ogg, wma*, flac, wav, ape, and many more extensions. It is a fun app and a solution for all music lovers since its interface is easy to understand. All you have to do is just search and play your favorite music weather it is on YouTube or Souncloud or any other media platforms. You can play music by album, artists or playlist. If you have your own songs in the library, you can run them by using Mx Music Box Pro. 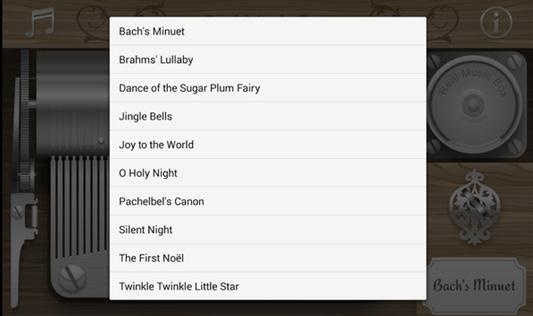 It is not very similar to Music Box app but this is really a real music box developed by VT apps. It provides the best music box sounds like in a real music box. Its interface is very different from the Music Box and the developers are trying to add soothing sounds, which also help your child to sleep. If you remember in the old times, there were lots of music boxproducing soothing sounds. Moreover, the songs that soundbetter give you peace.

Having a rating of 4 out of 5, this app should be on the number one ona list ofthe best music box appears. It contains Bach’s, Brahms, Tchaikovsky, Mozart, Beethoven and some other well renowned musician’s symphonies. Therefore, if you are a fan of classical music then the Real Music Box is the best app for your Android.

Don’t think twice or thrice. Choose the app that will suit your taste or needs so that each day will give you a peaceful musical adventure.