How to Backup Game Data on Android

Most of the Android users are fond of games and for the same reason they not only install these but also want to make sure that the data remains safe and secure. Therefore backup game data on Android is an idea that is to be implemented to get the work done in a relatively easy way. There are many apps as well as he related ideas that can be used in this regard. However it is to be noted that the users need to make sure that the best one is applied. The easiest way that can be used to get the work done will be introduced in the tutorial that follows.

How to Backup Game Data on Android

Tips on Android and Games

One of the most important aspects of the mobile phones running Android is the email address. It is always that of Gmail. Though Android provides its users with the option to configure the other email accounts as well but it is the Gmail that is of utmost importance. Without this email address the user is not able to enjoy certain features of the android and therefore it is very important. It also acts as the main email address of the Android OS and therefore it is important to ensure that this email address is backed up. In case of any misadventure it is important to note that the user gets the emails back and therefore no real loss occurs in terms of data. It is also to be noted that the user receives the emails to the phone then it might be out of memory. The reason it that Gmail app is the one that resides onto the phone memory rather than the SD card. Until and unless the phone is rooted the emails are accumulated within the memory and therefore it is not possible to install other apps once the memory becomes full. It is also one of the most important aspects that are ignored by many users. On the other hand the users are always after the apps that are heavy in size regardless of the fact that they can be moved to the SD card with ease. A regular email backup is the only solution to many issues including the memory saving as well as data loss. It is therefore advised to apply the process in the latter half of the tutorial to get out of all email related issues easily.

•In this modern tech savvy environment the games that are being developed have almost 1000 levels. Game data backup means that a user does not have to play all over again in case of any issue.

•The data can also be back up for the games the highest levels of which are achieved. It means that the user can preserve the end level of the game without any issue.

•It is not at all difficult to follow the idea. It is due to the fact that there are several apps as well as desktop related ideas that can be followed to get the work done with ease.

Step 1. Easy Backup & Restore is a free app that can do this for all Android users with ease. Download the software on your Android phone, install and run the app to begin the process. 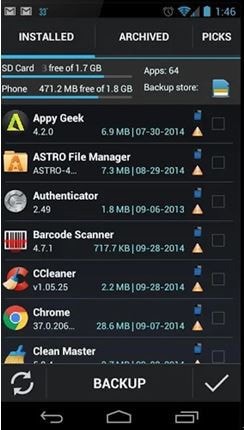 Step 2. The app will capture the data onto the device including the game data and will ask to backup if required. Press Yes. 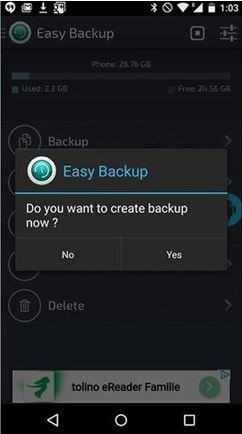 Step 3. Select the apps that are to be backup including the games. 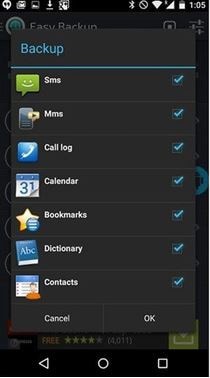 Step 4. Enter the backup storage where the games are to the stored. 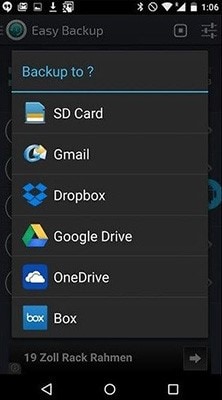 Step 5. Enter the backup directory in the next step. 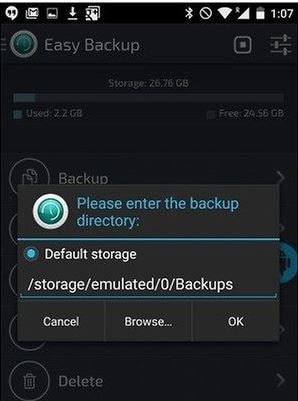 Step 6. The backup file is then to be named. If no name is given then the user needs to make sure that the default name is selected to get the work done. 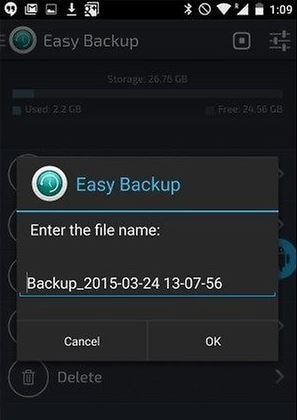 Step 7. Watch the progress bar as it grows. It will also make sure that the backup is being monitored. 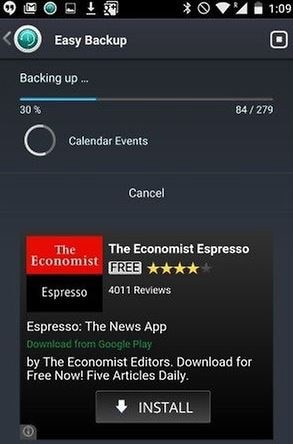 Step 8. Once the backup has been completed the user will see the notification. Press OK to make sure that the process ends here in full. The game data as well as the other apps are back up without much hassle. 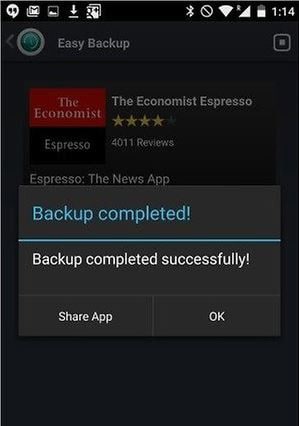 > Android > How to Backup Game Data on Android