How to Get Android on iOS

Do you want to know the easiest way on how to get Android on iOS? Luckily, we have full guides on how to do that here. Just spare some time and read it!
Try Free Try Free

It is an advent fact that the users of Android as well as iOS are increasing with every passing day. It is for the same reason that both the classes need to make sure that the alternatives are devised to make sure that the cross platform compatibility is assured. The question that how to get Android on iOS is also answered effectively and therefore it is important that the work is done in line with the requirements that are that of the users. In this tutorial the best way to get Android on iOS will be explained in detail. There are several other ways to make this happen but the easiest way has been demonstrated to make sure that the user gets the best outcome in this regard.

Part 1: Full Guides on How to Get Android on iOS

It is an idea that has lured in many users and therefore it is highly recommended to make sure that the user gets the work done with ease. It is also one of the ways to ensure that using a single iDevice the quality of service is made better by installing the iDroid application in a manner that is the best. The steps that are to be followed in this regard are mentioned as below for the better understanding of the users. The user will not only find this easy but it is also to be noted that most of the users will also be able to apply the steps despite of the fact that they are not tech savvy at all.

Step-by-Step Guide to Get Android on iOS 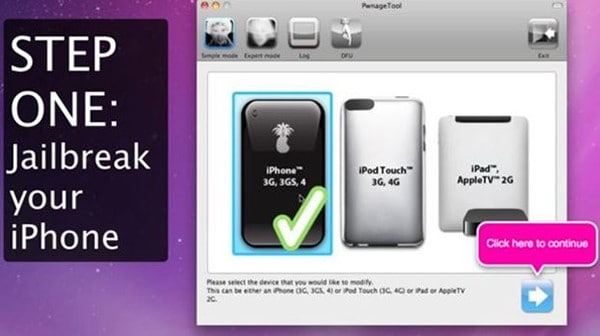 Step 2. Launch the cydia app. Follow the path Manage > Sources > Edit > Add to download and install the bootlace that is very important for the Android installation on iOS. 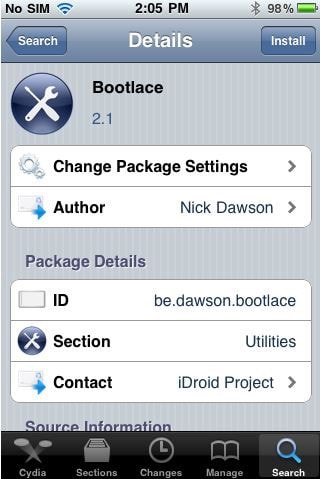 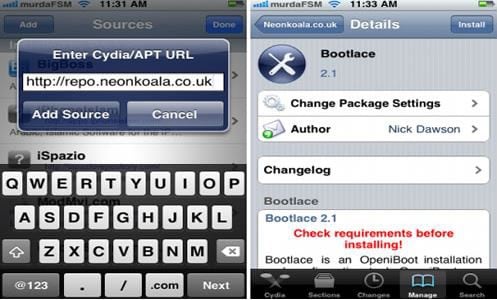 Step 4. Launch the bootlace once again and make sure that the "OpeniBoot" is installed. It is the first option that will pop up once the app has been re-launched. Once the "Install" button is pressed it the app will start downloading the firmware on its own. 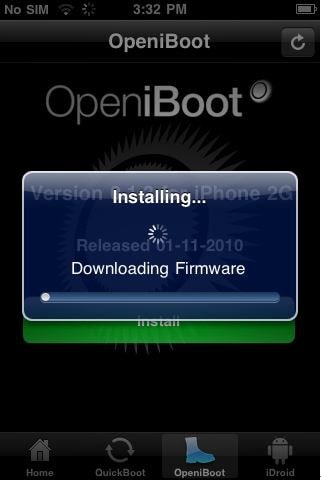 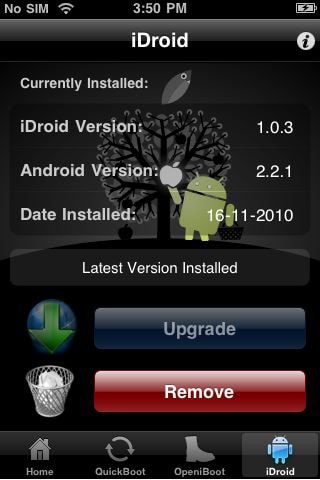 The dual-boot is a terminology which makes sure that the user gets the best and the state of the art results. It is a terminology which allows the users to save the file space. It also makes sure that the user gets the best outcome by saving the space as it only downloads the source files and leaves the others completely. It also ensures that the URL from where the dual boot is executed is also bookmarked so that the user never has to look for it again. The process that is to be followed in this regard is as follows.

Step 1. From the website access the page to execute the dual-boot. The interface will be the same as depicted in the picture below. 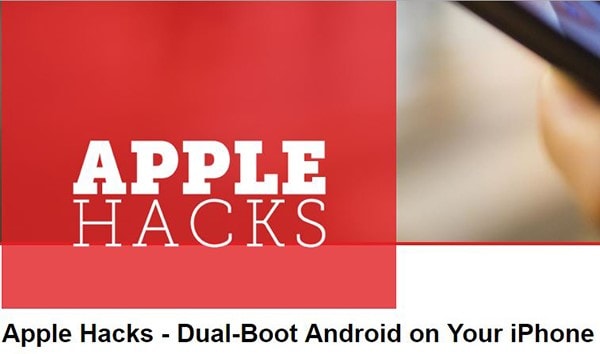 Step 2. The "INSTALL ANDROID" button at the bottom is then to be pressed to proceed with the process. This also completes the process in full. 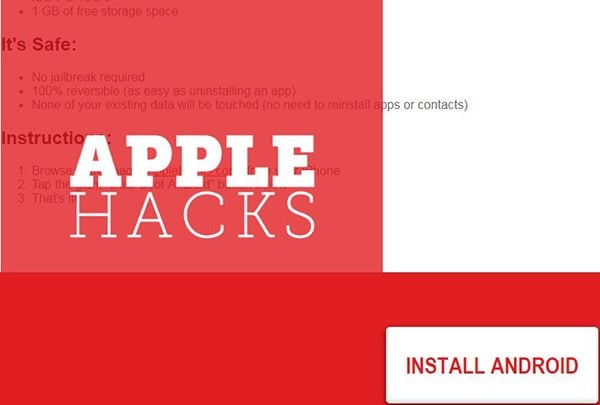 Note: It is to be noted that the process that has been mentioned above is to be followed on the iPhone.

Conclusion: Depending upon the ease it is advised to most of the users that the dual-boot method is the one that is to be executed as it is easy to perform. The results that are put forward are state of the art and therefore it is advised to the users to make sure that the best outcome is generated with the help of the simple process trial.

> iPhone > How to Get Android on iOS