Something You Should Know about iOS Emulator for Android

Do you want to use iOS emulator for Android but know nothing about it? No worry! Here we have full guides to use it as well as the alternative app for it.
Try Free Try Free

Running iOS apps on Android is like a dream come true and therefore it is one of the ways to make sure that both the OS are enjoyed without any issue and trouble. The iOS emulator for Android is an idea that has all the features embedded in such a manner that is makes the overall process too easy. There are certain processes that are to be followed to make sure that apps are run on Android. It also makes sure that the best output is also generated i.e. the apps of iOS are run without any compatibility issue. In this tutorial the top ways that can be adopted will be explained in a relatively greater detail.

Part 1: What is iOS Emulator

It makes sure that the iOS is tricked to make sure that it is another computer. Once it has been done it is easy to run the apps that are related to other platforms. On the other hand it also ensures that the users of other platforms run the iOS games with ease and satisfaction. It also makes it possible for the users to ensure that the best outcome in relation to the phenomenon is generated. The user is therefore able to get the iOS games on Android with relative ease which was considered to be impossible a decade ago. There hundreds of emulators and therefore it is advised to choose the one that has the best results. It is also to be noted that the user can download these emulators from the respective stores of both the OS with ease. The top rated iOS emulators will now be discussed to ensure that the user gets the best outcome in this regard. It will also allow the users to look nowhere else as the processes will also be explained in detail. These emulators are developed keeping in mind the needs of majority of the users. The development has been done in such a manner that majority of the devices in this regard are covered. It means that these emulators are compatible with most of the Android devices in the market.

Part 2: How to Use iOS Emulator for Android

To use iOS emulator for Android is an idea that will make sure that the best outcome is generated and the user gets the outcome that is required. As it has been mentioned there are hundreds of emulators that are found online and can be used to get the work done with relative ease. However it is advised that the emulator that has been chosen is the one that has all the traits which the users are looking for.

Step-by-Step Guide to Use iOS Emulator for Android

Step 1. You needs to ensure that the program is downloaded to the Android phone. Once it has been done find the APK file and execute it. Step 2. An icon will be made onto the interface of the phone. It is just the same as settings icon; it also completes the process in full. Tapping this icon will launch the emulator for the user. 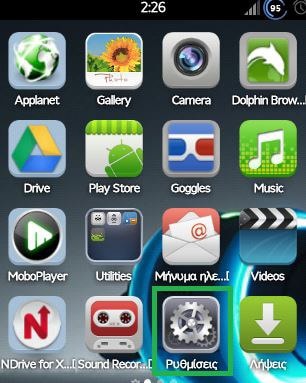 Advantages of iOS Emulator for Android:

● The first and foremost thing in this regard is that the user is able to make his phone cross platform compatible and therefore can use it as per will.

● The apps of the iOS can be run on Android and vice versa and therefore it is a phenomenon that has been applied to get the work done with ease.

Disadvantages of iOS Emulator for Android:

● It is not advent that the emulator works. At times it does not work so the ling procedure that has been adopted is completely wasted.

● The process of installing the emulators is highly technical. It is therefore not recommended for the users that are not tech savvy. In other words majority of Android users cannot apply the technique with ease.

Cycada app that was formerly known as Cider is an app that gets the work done for the user with ease. The process of downloading and using the app is not at all difficult. It is therefore advised to all the users to make sure that the brief steps below are followed to get the work done in line with the requirements.

Step-by-Step Guide to Use Cider App

Step 1. Firstly you need to make sure that the app is downloaded and installed. Once done launch the app to begin the process. 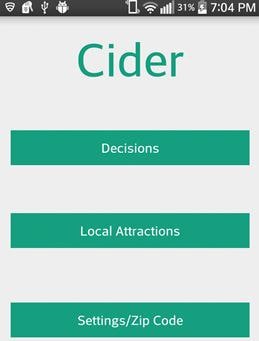 Step 2. The "Settings/Zip Code" is then to be entered for the location. 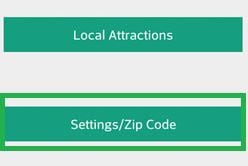 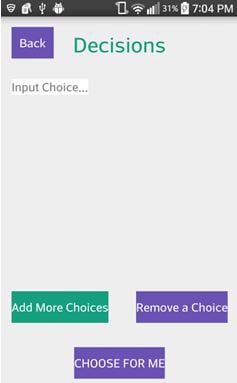 Note: It is very important to note that the Cycada at this time is in developmental phase and therefore the interface will change slightly. Till now there is no updated interface of the Cycada over the internet so just for the explanation purpose the old app and the interface has been used. It is also to be noted that the users that are keen in subject should make sure that a close eye is kept on the topic so that once the Cycada is launched the user gets to know the new interface.

> Android > Something You Should Know about iOS Emulator for Android