Get the Best Screen Recorder with No Lag

I need a screen recorder with no lag, who can help?

With technology advancing at a very high rate, new discoveries come up each and every day. The use of computers has surpassed the level where people used them for typing, movies and accessing the internet only. Did you know there are software tools which can allow you to record whatever is on your screen easily? They are not only easy but faster than you can imagine. Some of these screen recorders are Filmora Video Editor, Camtasia Screen Recorder, and Apowersoft Screen Recorder, just to mention a few of them. These software will let you capture anything on your screen. Filmora Video Editor is the best so far. Apart from allowing you to record the content on your screen, this application will also allow you to record chats and conferences with its microphone feature. You can as well edit your recording to meet your needs. The software is very fast, giving you the best of what you need.

You want to record videos from YouTube with no lag? Wondering how to get those online tutorials with not so much hustle? What about those Skype chats, do you want to keep reviewing them? Filmora Video Editor will be of so much help, you should consider getting this amazing application.

You will then have to choose the window you want to record. Whether it’s on your desktop, Ms Word, depending on what content you're planning to record. Filmora will give you the option to customize your recording to your desired size. You can also record in full screen but customizing it is deemed a better option since it allows a better view and sound clarity of the recording.

Lastly, you can save the recording by clicking on the "Export" button and then choose a desired name for the file.

Despite the availability of so many applications which can serve the same purpose, some of the software make work easier than others. Another alternative that plays a similar role as Filmora is Apowersoft Screen Recorder. 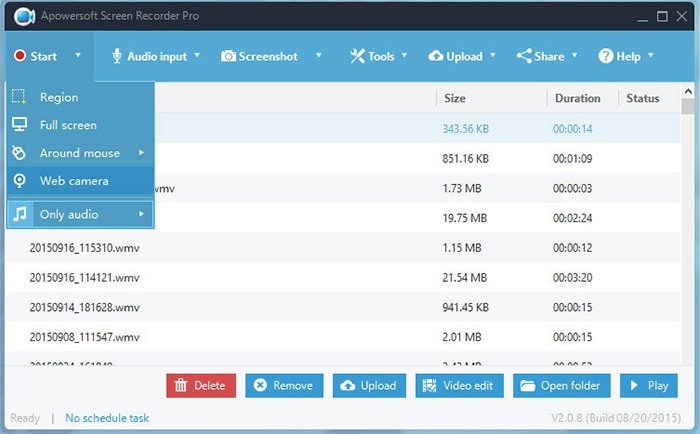