How to Cut a Photo from a Video

Many users may encounter the case of trying to make a freeze-frame video and can't find a suitable video editor. As it need to cut some photos from the video and then edit both these photos and the video. In fact, not many video editing can cut a photo from a video. In this article, we will introduce you to the easiest way on how to cut photo from video.

Part 1. The Best Tool to Cut a Photo from a Video - Filmora Video Editor

Filmora Video Editor for Windows (or Filmora Video Editor for Mac) is a great piece of software that allows you to cut photo from your videos for the use of freezing the frame to create a professional final product. Alongside this, you can add music, effects, filters, and much more to add detail to your video. Filmora is both powerful and affordable, allowing you to make many changes and apply many effects to a video, and not have to re-encode it. This gives you the power to create amazing video, without waiting for your edits to load.

Part 2. How to Take A Picture from A Video on Mac and Windows

After download and install the program on your computer, launch Filmora. When the dialog box appears, enter the program in "Full Featured Mode".

Step 2. Import Video to the Program

Locate the video(s) you want to cut a photo from, and drag and drop them into Filmora Video Editor. Likewise, you can also use the "Import Media Files Here" button within the program.

Step 3. Cut A Photo from A Video

After import the video clip to the media library, then drag the video to the timeline. Go to the "Preview" window to click on the "camera" icon to take a snapshot of your video. 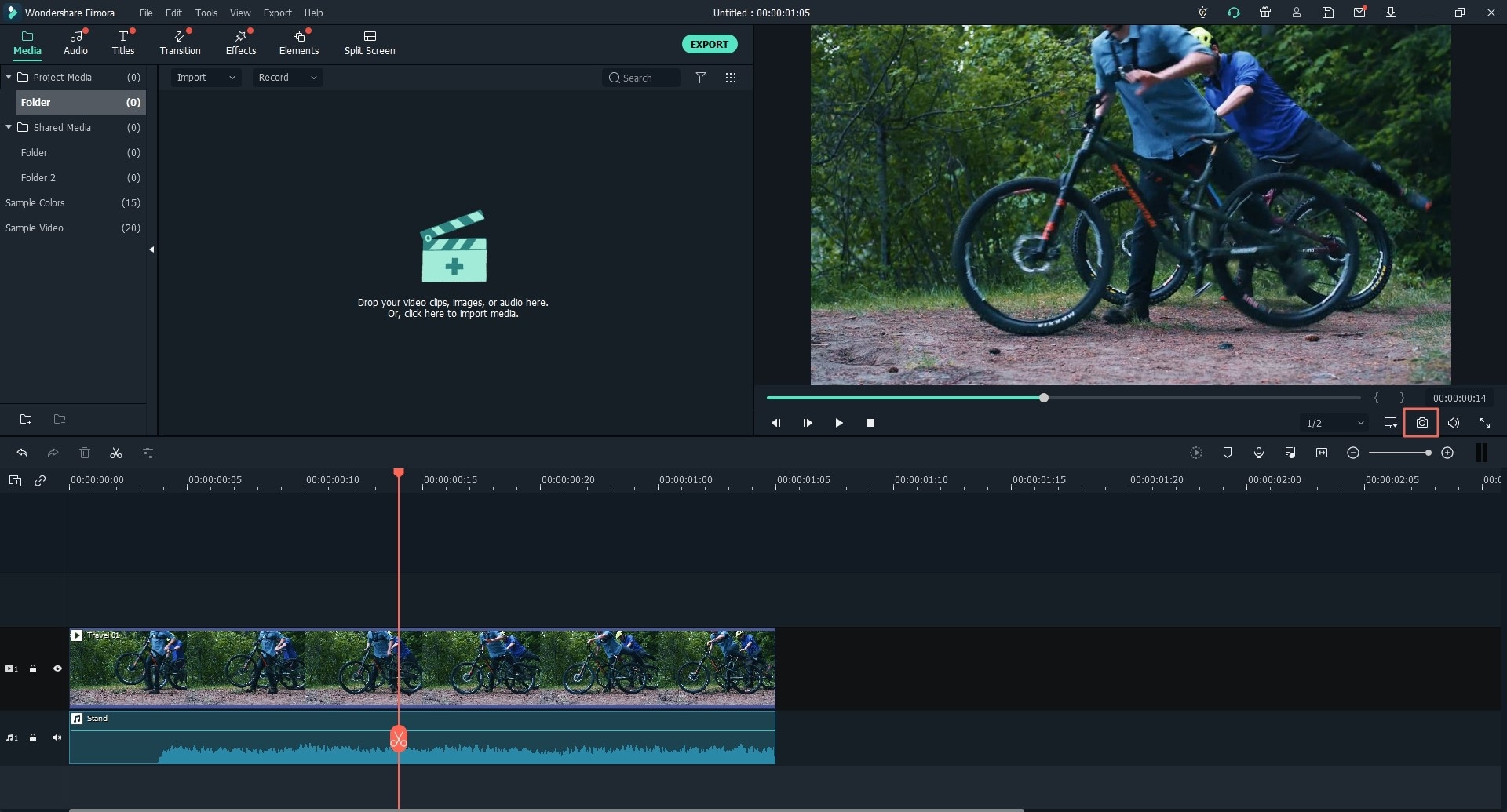 When you have completed all the cuts of photo from video, you can export it by going to the "Export" window. From here you can select a format or platform to save your video to. Type in a name for your video, adjust the settings, and press "Create".

Part 3. How to Get A Picture from A Video on Android and iPhone

"I wonder if it is possible to record a video and later capture parts of the video as images on my phone? Say for example I record myself doing a backflip, and I want when I'm in the air as a picture, is it possible?"

You could be one of these people who has just done a video recording and you forgot to capture of that moment. But since you have the video you can still get a picture from video on your Android phone or iPhone phone. Oh yes, you are surprised you will do that right? Well, worry not since this article shows how to get a Picture from a Video on Android and iPhone.

How to Get A Picture from A Video on Android

Step 1. On your Android phone and locate the video that you want to get a picture from it.

Step 3. Next, pause at the video at the minute that you want to get a picture from the video. 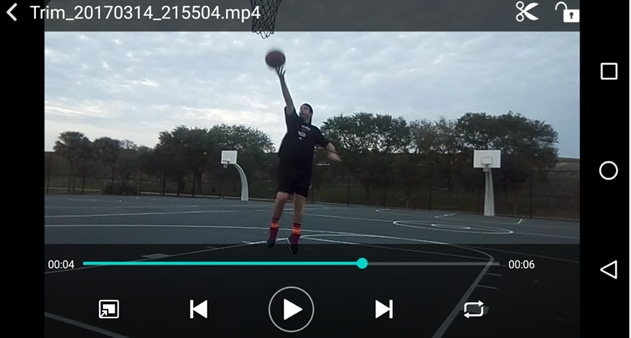 Step 4. Again, tap on the screen, to hide the video player controls that appear once you pause the video.

Step 5. Finally, take the screenshot of your Android video screen. On Android phone, taking a screenshot involves pressing the power button and volume down button simultaneously. 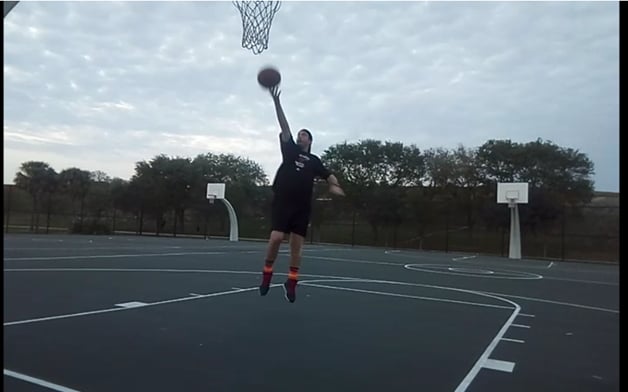 How to Get A Picture from A Video on iPhone

Step 1. On iPhone you just need to play the video that you want to take a picture from it.

Step 2. Next you have to pause the video at the point that a frame that you want to capture appears. 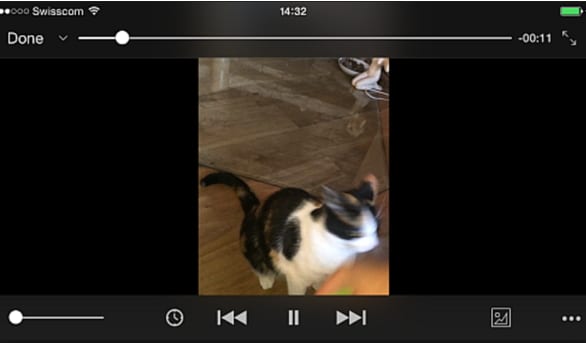 Step 3. When you touch the screen again, you will notice that the video controls will disappear.

Step 4. Next, you need to a get picture from video frame by clicking on home button and sleep button (home button + volume up button for iPhone X, iPhone XS, iPhone XS MAX) at once. You will hear a shutter sound and your image will be saved on your camera roll.

After taking the photos you will notice that the video photo frames are not the size that you want or you could you want to edit them. Therefore, you will need the Filmora Video Editorc to edit images brightness, size, crop them and adjust its saturation or add effects. Using this software is simple as it requires you to only upload image, click on edit button to edit them and finally save the photos.

> Creative > How to Cut a Photo from a Video