Which is the Best Mobile Streaming App in 2020?

Live Streaming has become the modern way for businesses as well as influencers to communicate with their audience. Since live streaming provides the liberty to talk with your followers in real-time, it is the most effective way to develop strong customer relationships.

Thanks to smartphones, live streaming has become easier than ever. As long as you've got a smartphone and a stable Internet connection, you have the power to go live on different platforms any time you want.

In saying that, today's blog is entirely dedicated to 12 best live streaming apps that you can install on your smartphone and quickly engage with your followers/target audience through a live broadcast.

You may be interested in: Best live streaming platforms in 2020.

So, let's get started.

To make it more convenient for our readers, we've separated the list into two categories, i.e., live-streaming apps for iOS and Android. Based on your smartphone brand, go through the right list, and pick the most suitable streaming application as per your preference.

So, let's start the list with the top 6 mobile streaming apps for iOS users.

LiveStream is a feature-rich live streaming app for iOS where you can find various broadcasters and watch their events in real-time. What's extremely captivating about this app is that you can find a variety of live events any time you open the app. Statistics suggest that the app witnesses over 75,000 live streams each month.

Since there is an extensive range of options to choose from, you'll be able to watch different types of events as per requirements. Also, if you've got a significant following, you can use LiveStream to start your own broadcast and engage with them in a live conversation. 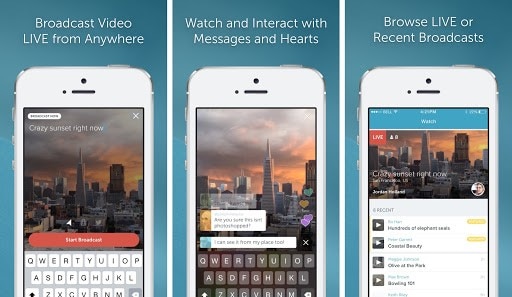 Periscope Live Streaming app is Twitter's contribution to the world of iOS live-streaming apps. With an easy-to-use and intuitive interface, anyone can start a live stream using Periscope. Moreover, the app lets the user connect to people globally. Apart from starting your live broadcast, you can also use Periscope to find different live streams in various categories across the globe. 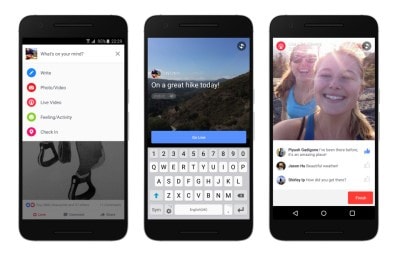 The social media tech giant released Facebook Live as a standalone app back in 2015. However, as the app successfully surpassed the beta test phase, Facebook integrated the live stream feature to the regular Facebook app.

Today, you can easily start a live stream using Facebook itself. Facebook Live is a great option for people who have a decent Facebook following and want to engage more with their followers. With one tap, you can start a Facebook Live video and communicate with your friends/followers through the live chat. 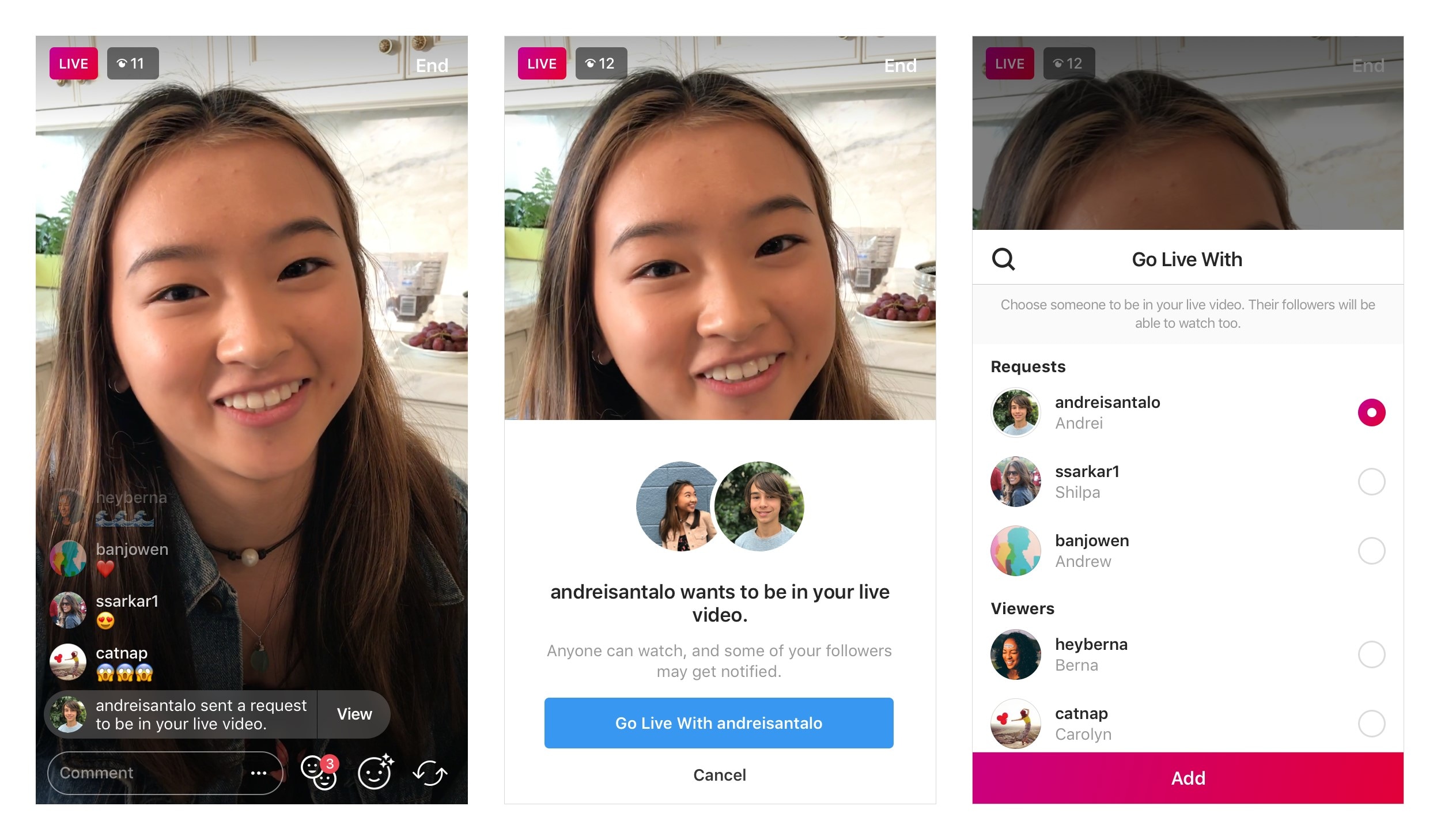 It's no secret that Instagram Live is owned by Facebook. However, the app has its live streaming feature. In fact, Instagram is one of the most popular live-streaming apps these days. From celebrities to an average user, everyone has become a fan of “Instagram live stream” as it's the most convenient way to start a live broadcast. And, since Instagram has millions of active users, it's the perfect platform for brands and startups to target their audience and connect with them through a live stream. 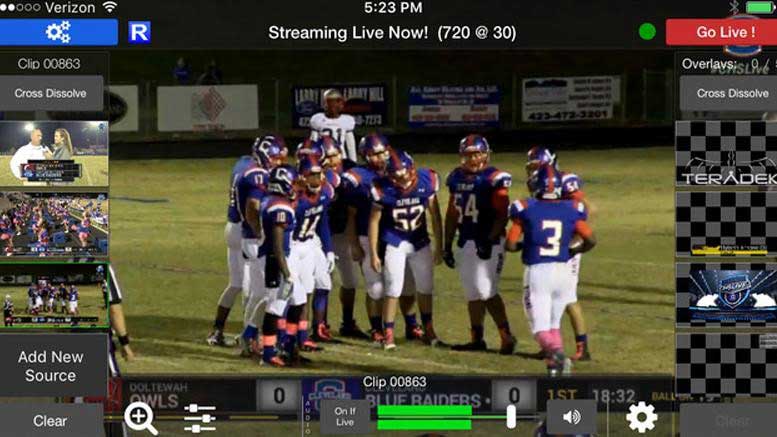 Unlike other live-streaming apps, Live Air: Solo gives you the liberty to have full control over your live broadcast. With Live Air: Solo, you can direct your entire live stream. It means that you have different tools to customize the live stream and give it a personalized touch so that it becomes easier to engage the viewers. 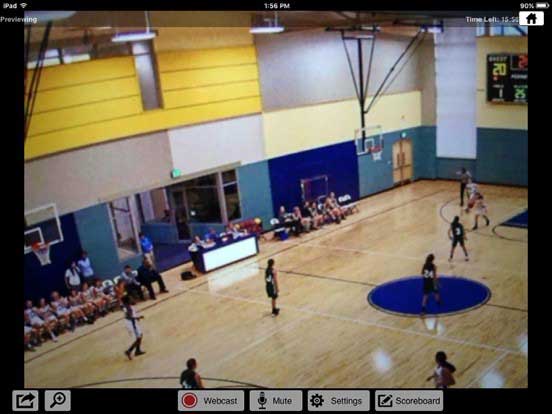 Event Cast the perfect iOS live streaming app for people who want to live broadcast a specific event, mainly sports events. Even Cast allows users to convert their iPhone into a web case studio and overlay the live streams with different elements such as logos and scoreboard. With Event Cast, you can also watch someone else's event live broadcast, making it a complete package for everyone.

Top 6 Mobile Streaming Apps for Android You Need to Know 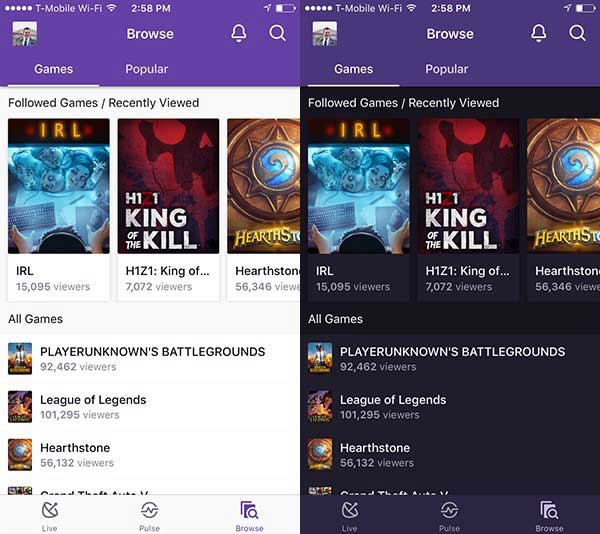 Twitch is among the top live streaming apps across the world. Usually, Twitch is used by gamers to live-stream their gaming sessions. However, it also has a decent audience of entertainment enthusiasts. It means you can also use Twitch to gain exposure for your content, be it music or video production, especially if you're looking to increase your followers. 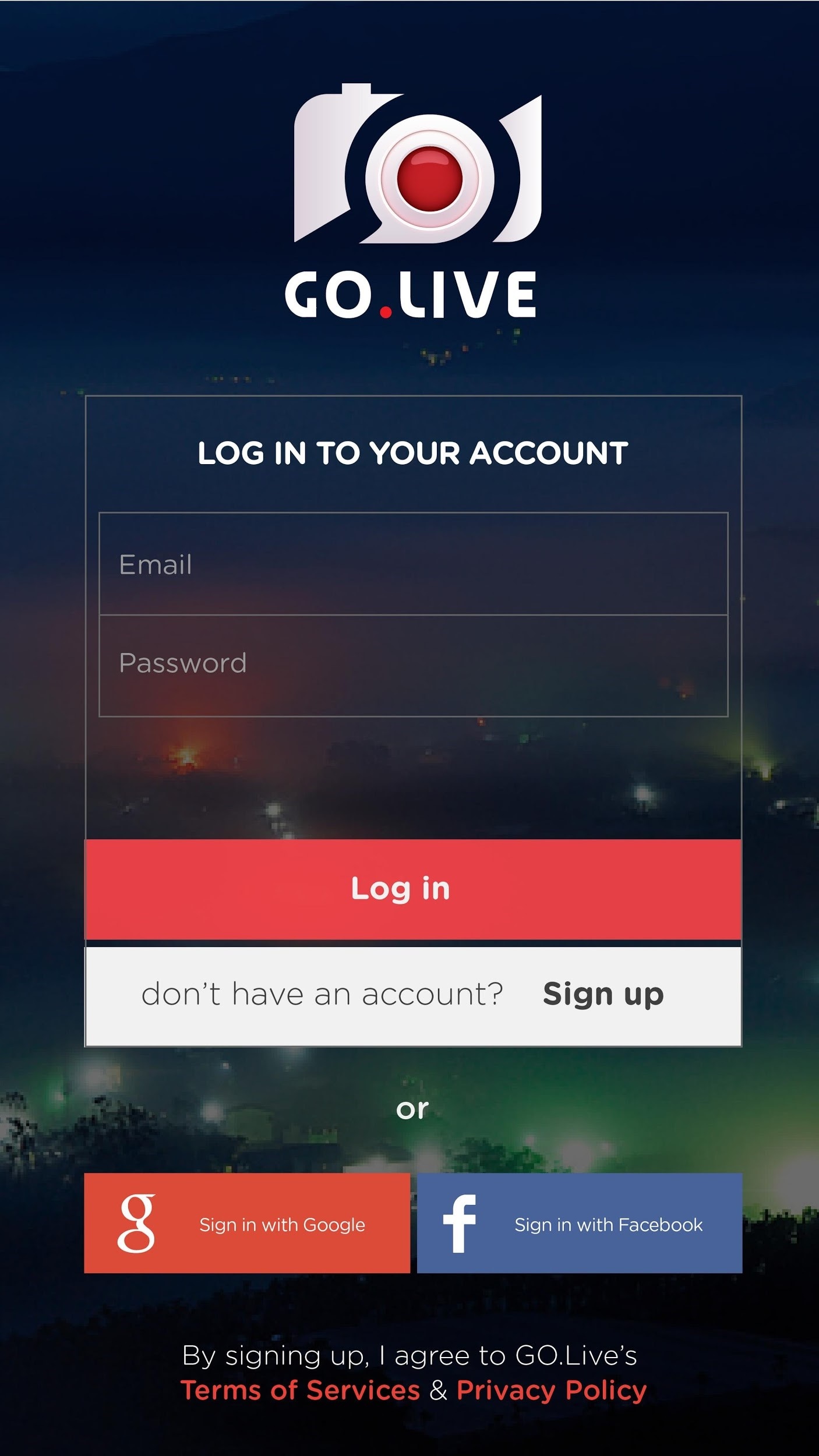 GoLive is yet another excellent live streaming app for Android users. It's perfect for people who want to broadcast their live streams and connect with random people from different corners of the world. With the dedicated video calling feature, you can talk to people on a video call and make friends globally. 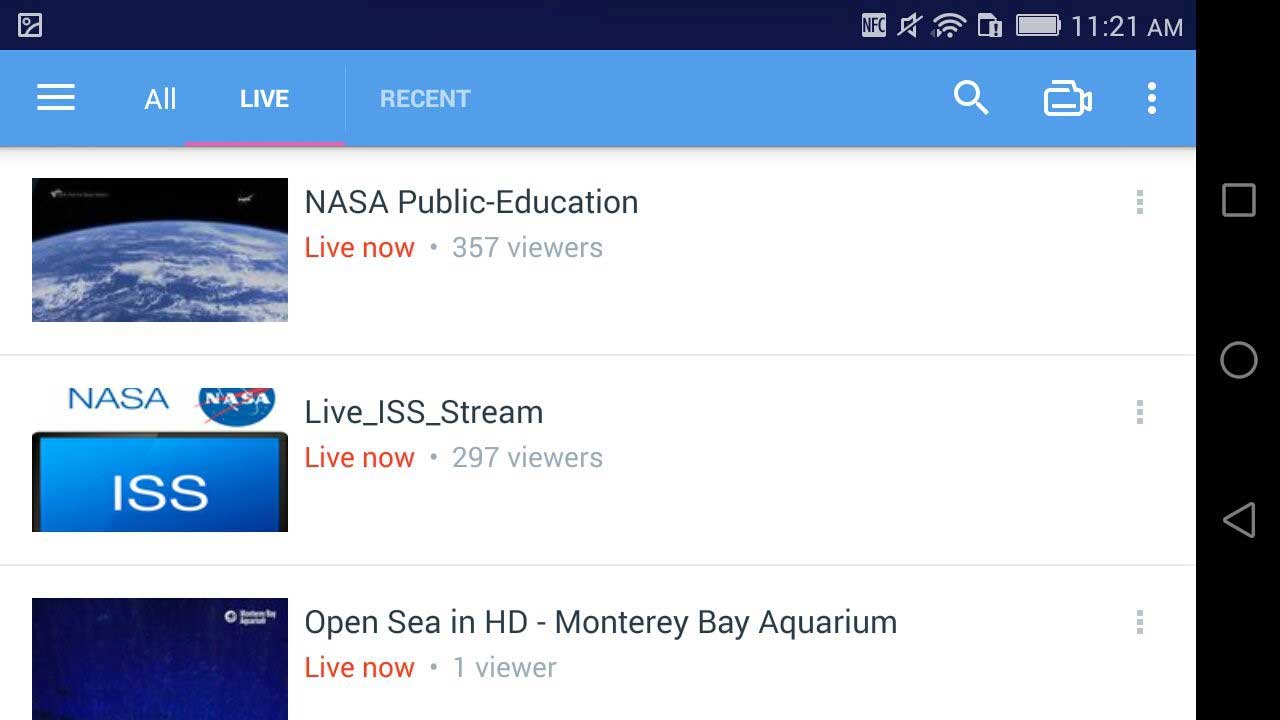 UStream will give you access to hundreds of live stream events from different categories. Based on your interests, you can explore the live feed section to find the right live streaming content. In addition to this, you can also start your broadcast with one tap using UStream.

YouNow is the perfect platform for content creators who want to gain exposure for their content. Whether you're a musician, a dancer, or even a traveler, you can use YouNow to start live streams and captivate viewers from different parts of the world. 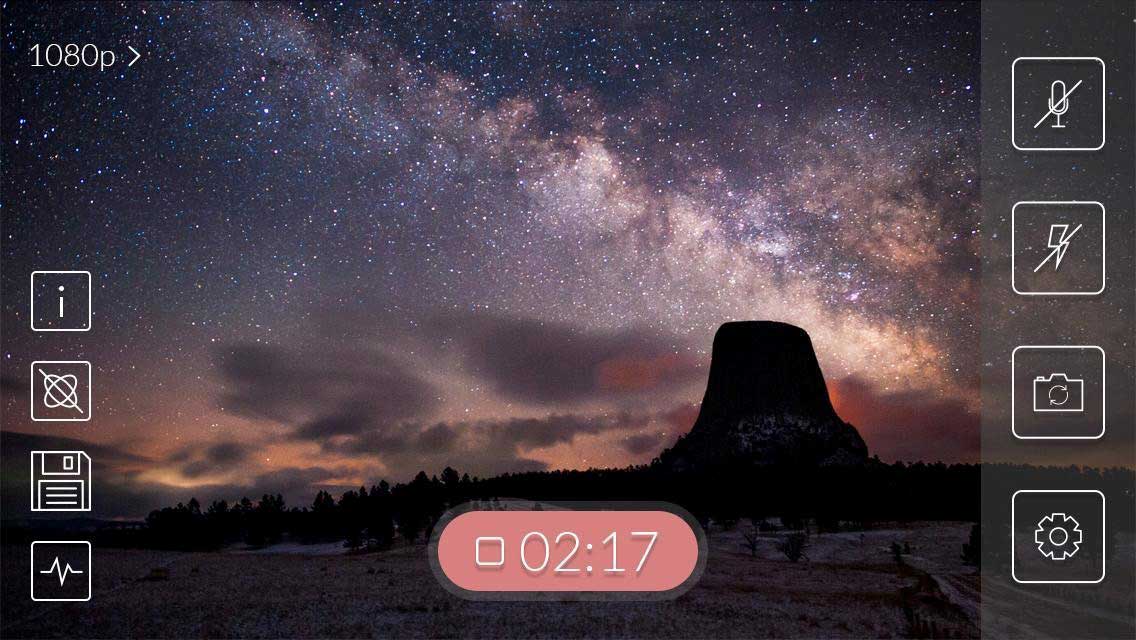 Broadcast Me is a free live streaming app for Android users that'll help you broadcast your live stream to every social media platform including Facebook, Instagram, Twitter, etc. The app integrates all these platforms automatically and lets you see live chat from every platform. 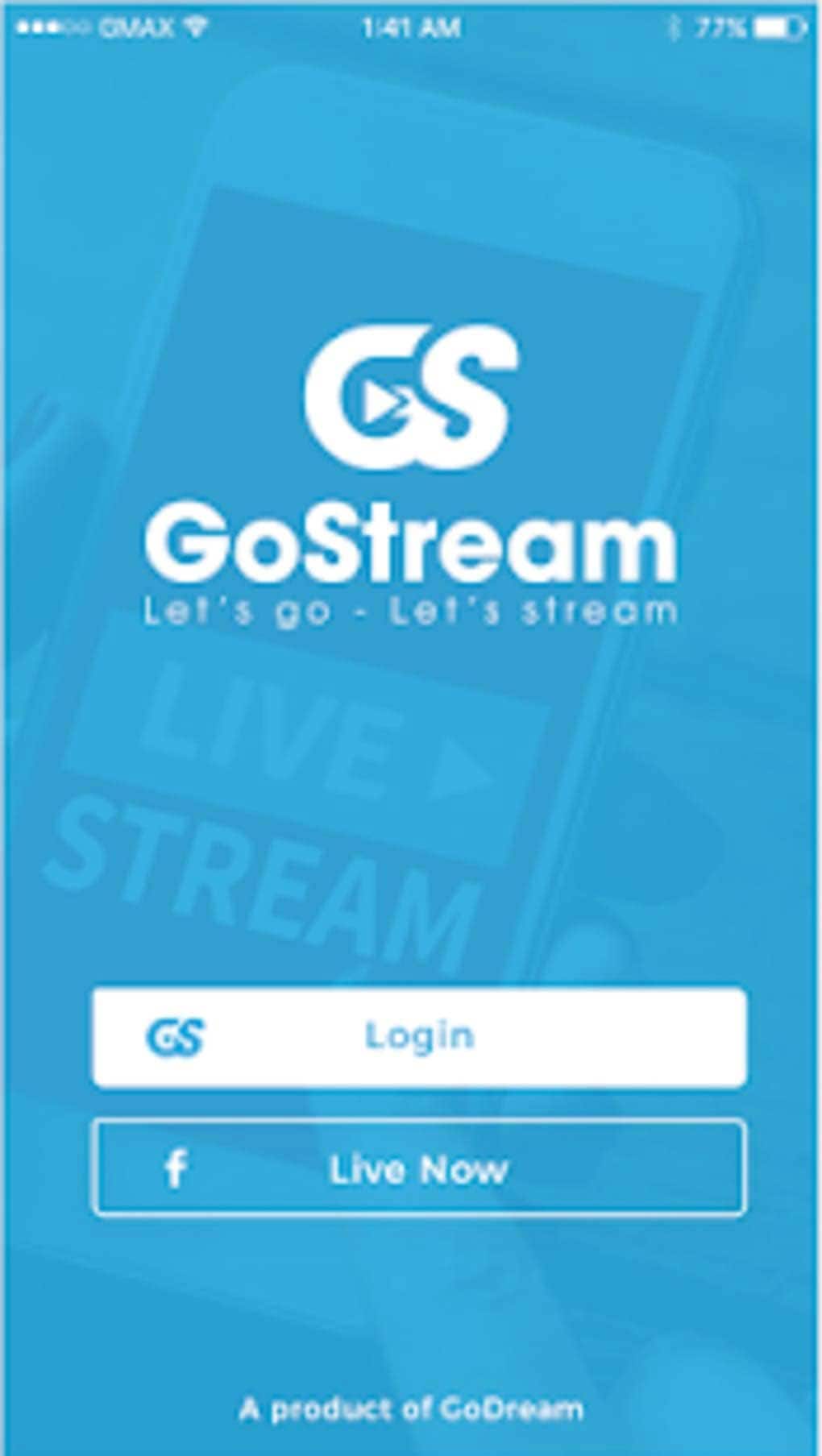 GoStream is a light-weight live streaming app for Android that'll help you live-stream your videos on two most popular video platforms, i.e, Facebook, and YouTube. It offers a straightforward process to start a live stream with minimal efforts.

Bonus Part: How Can I Live Stream from Mobile?

If you've never done a live-stream from mobile, there's no need to worry as it is an extremely easy process. It only takes three steps to start a live stream on a smartphone.

Step 1: Choose the right app as per your requirement and verify your account using the right credentials.

Step 2: Prepare the content you need during the live stream.

That concludes our list of best live streaming apps for iOS and Android. Now all you have to do is choose the right streaming app and start your own live streams to connect with your audience in a more engaging way.

If you want to record your live streaming video, you can try Filmora Video Editor! Download Filmora and have a try. It won't let you down!

> Streaming > Which is the Best Mobile Streaming App in 2020?