The 8 Best Motion Tracking Software You Are Most Interested In

Motion tracking incorporates catching the movements of articles coordinating with its put away movement format. This has a broad scope of utilization. It is mostly utilized in film making and computer game turn of events. Motion pictures use movement catch for impacts. There are also enlivened inclines, movements, and advances, which you can use to add that story-book feel to your video. You can also refer to some other ideas for using motion tracking in videos to make your videos more creative. To find out the best one which might be a perfect fit for your motion tracking task, we've filtered the top 8 of the best motion tracking software for you here.

Filmora Video Editor & Filmora Video Editor for Mac flaunts the accompanying new redesigns. It is the masterpiece of software for the motion-tracking task. You can quickly implement motion tracking with your videos and output them in your required format with this software. It’s an all-in-one package for beginners as it can be used to utilize motion tracking and other video altering.

You can easily use Filmora X to make excellent motion tracking videos without paying exceptional knowledge. It is your one-stop solution for changing all video mastering requirements. Any master and a rookie can change the video effects so with no issue, even at the beginning.

Now with the masterpiece Filmora X, you can moreover adjust development, in which case the following data is used to stimulate the followed layer to compensate for movement in that layer. You can use verbalization to connect the trademark layer with the following data, opening up a wide range of innovation and movement craftsmanship. This is made conceivable with Filmora X. Here's the way you can do it!

• Open the qualities menu of your particular clip directly inside the timeline of this product.

• In the subsequent stage, essentially make the development of tracker box on your predetermined moving item inside the video and when you've effectively implanted it, hit the Start Tracking button as follows:

• With Filmora X, you can conveniently move your #1 messages, pictures, components, comment of your imported clips inside the timeline over the track you need to do movement following onto as follows: 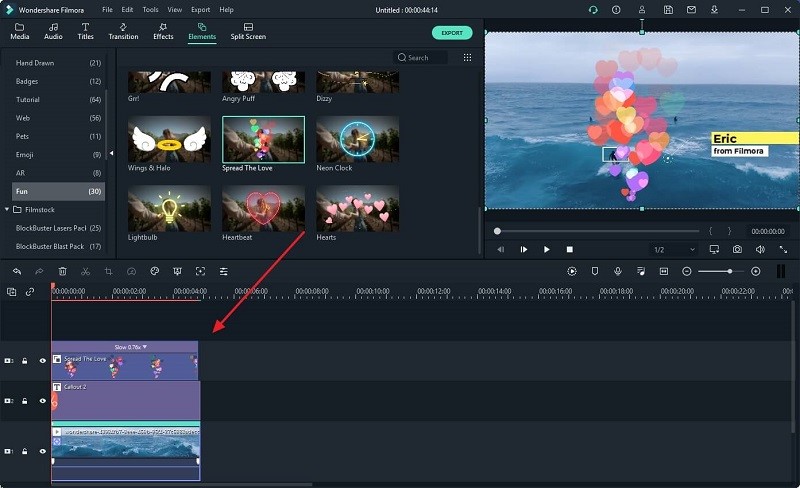 • From that point forward, click the timeline video and select your predefined object from the dropdown menu of the Motion Tracking as follows. This will, in the long run, insert the movement following over your predetermined clip. You can likewise review the clip and the movement following right from the course of events so you can make further improvements and amendments.

You can also turn off the motion tracking feature by hitting the off button right within the software interface. In addition, you can also use the keyframe in Filmora X to make your video more attractive.

Adobe After Effects is a lively and creative motion tracking application designed to be used by illustrators, originators, and typesetters; and used to produce motion designs and special visualization effects for movies, TV, video, and the web. The application, which is a piece of Adobe Creative Cloud's set-up of video altering apparatuses, is considered the most powerful motion tracking toolkit for pro-level editors.

DaVinci Resolve is a shading remedy and non-direct video altering application having a unique space for motion tracking. At first, delivered in 2004, the product was obtained by Blackmagic Design, an Australian progressive film organization that makes excellent items for include film, post, and broadcast businesses.

This software's parent company has made a few alterations and upgrades to make it a trustworthy competitor for shading reviewing, video altering, embellishments, and sound blending at a moderate cost. Here's a glance at DaVinci Resolve's interface and shading amendment capacities.

Adobe Premiere Pro is a broadly utilized programming application for video altering on Macintosh OS or Windows PCs. This Pro software is used for altering recordings, motion tracking implementation, and another film, TV, and online video. It is a far-reaching video altering software and is additionally accessible as a component of the Adobe Creative Cloud set of utilizations. Premiere Pro is frequently utilized related to After Effects and Photoshop on creative activities. 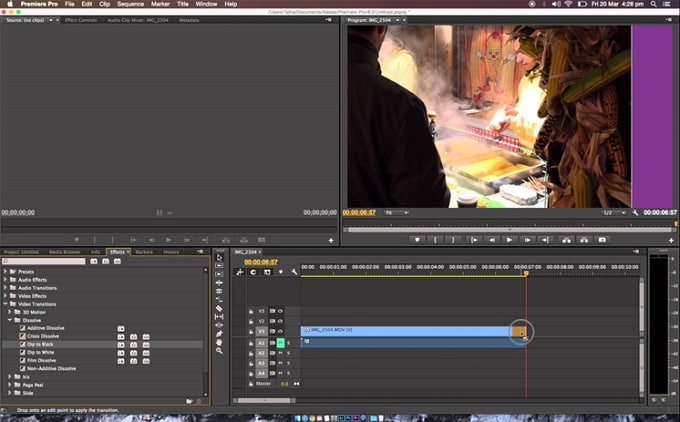 Final Cut Pro is Apple's expert level, non-straight, non-ruinous video altering software master in motion tracking effects. Initially planned by Macromedia during the 90s, the product has become an industry goliath in its own right. More up to date emphases of the application depend on Apple's Metal interface, making the program quicker and more reliable than past renditions. 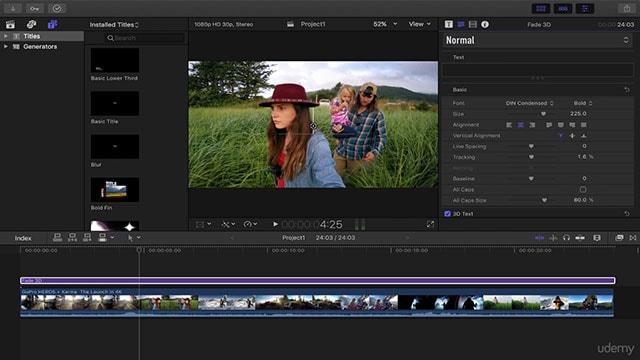 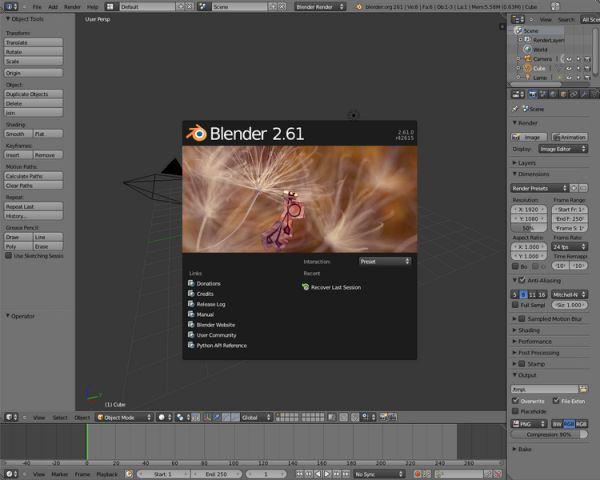 Hitfilm Express is an across the board video altering and enhanced visualizations arrangement ideal for non-mainstream producers and beginners who need to make motion tracking films at home without paying for an expert editorial manager. Planned with a jazzy UI, Hitfilm Express lets clients import clips and upgrade them with great visual and audio cues. 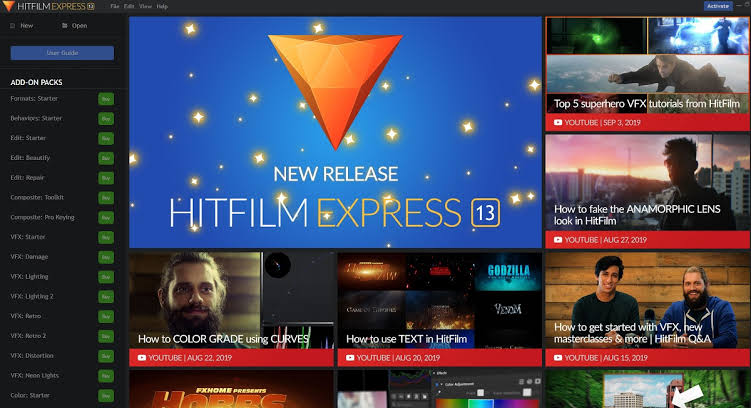 SynthEyes is a program for 3-D camera following, otherwise called coordinate moving. SynthEyes can take a gander at the picture grouping from your right to life shoot and decide how the genuine camera moved during the shoot, what the camera's field of view was. Different areas were in 3-D, so you can make PC produced symbolism that precisely finds a way into the shot. 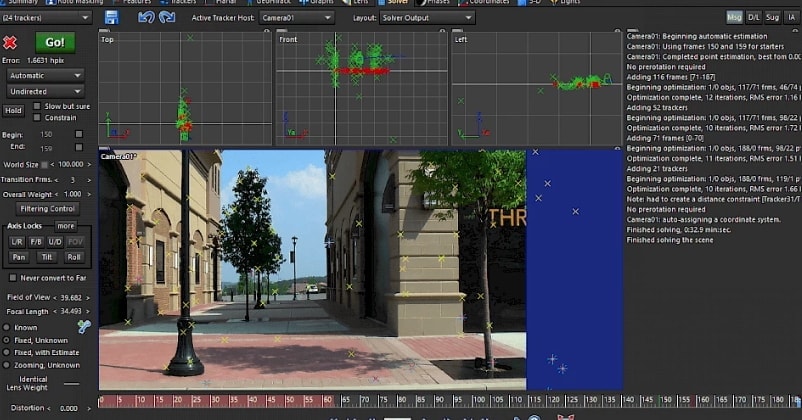 From the above analysis and the filtered keyframing software toolkits, the most recent adaptation is the After Effects CC, which also presents another component that permits clients to make intelligent activities and movement designs utilizing information documents. But in comparison with the Filmora Video Editor & Filmora Video Editor for Mac motion tracking software, there are numerous factors upon which we can easily bias our mindset to this masterpiece.