How to enable picture-in-picture for YouTube videos in Mac, Windows, iPhone, iPad, Android and Chrome? Find the solutions in this article.
Try Free Try Free

What is the benefit to use the YouTube picture in picture feature?

If you enable the picture-in-picture feature, you can watch the YouTube video, while still do other thing on the screen at the same time. Especially for the moment that you are enjoying the TV series in your small Android screen, while chatting or browsing on the device. And it works in the same mode when you are view videos with Safari with your macOS system. You can move on to the next parts to learn how to use the YouTube picture in picture on Android or iPad. 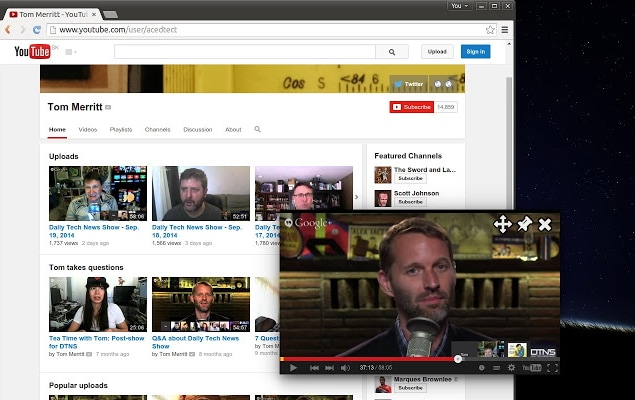 Tips: If you're also looking for beginner-friendly video editing softwares, try Filmora for free now. Start your journey of video creating with Filmora and you're on your way to become an amazing youtuber！

Part 2. Can You Use YouTube Picture in Picture Feature on iPad or Android

However, there is still one way you can use the PIP on your iPad while you are working on other apps.

To do so, you can open a YouTube video on Safari, and then click on the PIP icon you can find from the video player. The video will pop up in the corner of the screen on your iPad. And you can go to work on other app on iPad while continuing play the video without interrupting.

For Android users, it is now possible to use the YouTube picture in picture mode on Android for free. However, the YouTube PIP feature is not available for everyone but only for the people who lives in U.S. and the Android devices should be Android 8.0 or above with YouTube app on the device. So there is no luck for the people who lives outside the U.S. and use the old version Android devices. And another limitation is that you are not able to watch every videos with YouTube PIP. The YouTube video with music does not work on the YouTube picture in picture feature. You have to subscribe to the YouTube Music or YouTube Premium to enjoy any YouTube videos in PIP. 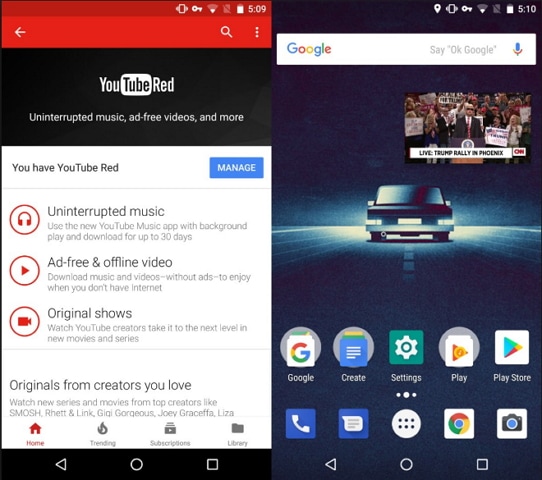 Step 3. And then go to chrome://extensions to enable the picture in picture extension on your Chrome.

Step 4. Go to the YouTube site with your Chrome browser. And click on the picture in picture icon on the right side of the address bar. The YouTube video will pop out on Chrome and other windows. 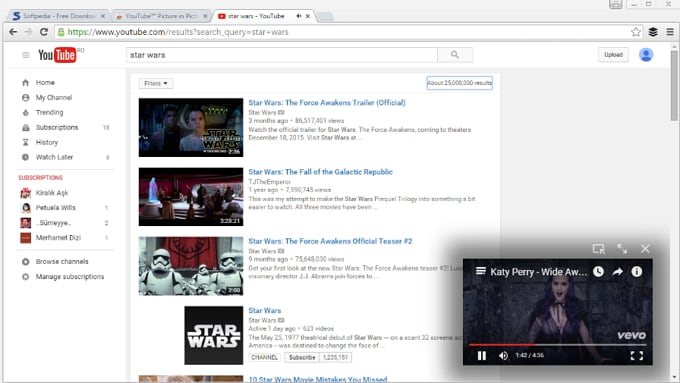 That makes the picture in picture effect. And you can continue to browse on Chrome.

Part 4. How to Fix YouTube Picture in Picture Not Working

In this case, you can tap on the menu button and set split screen for the apps. First use YouTube app as one of the apps on your Android device, and you will see a thin line in blue between the two apps. Now you can highlight YouTube until you see the square icon. Tap on the icon and then the YouTube will float on the window. You can watch YouTube video and use another app as normal.

The YouTube picture in picture mode is just not working on Android devices without reasons.