How to edit and convert 4K video to 1080P or other resolutions? Well, this definitive guide will tell you what is 4K video and how to convet and edit it with a simple 4K Video Converter and Editor.
Try Free Try Free

What is 4K video?

4K video is a new level of image quality and now is widely used in cinemas, home multimedia, and many other places. It provides users with better experience than 1080p and other resolutions.

To help you understand why 4K video is so popular, below are some of its advantages:

- Ability to capture the sharpest video footage and also edit without having the fear of quality loss.

- Provide users with more control over images in post-production. Video editors tend to have more options when it comes to cropping, stabilization resizing and other intensive more visual effects when working with 4k video footages.

Filmora Video Editor is such a powerful 4K video converter as it has professional tools that support editing and conversion to 4k videos either by phone or other devices. As much as there are several 4K video converters in the market, Filmora stands out as it has the ability to convert any video type and in any resolution to a 4K Video format. In the same way, 4K Video can also be converted to the preferred format just with a few steps.

What's more, this program can works on both Windows and Mac and is well known to deliver the finest sound and picture quality. Now, let's check its key features of this powerful (YouTube) 4K Video Converter.

How to Edit and Convert 4K Videos to 1080P and Other Resolutions?

Step 1. Launch Filmora Video Editor and enter the editing panel by clicking on "New Project". Then click "Import Media Files from Here" to load the YouTube 4K video or other types of 4K video into the program. If you wish to convert videos to 4K, just import it into the program with the same step.

Step 2. If you need to customize the video, you can do it as follows:

Don't need to do any changes on the original video? Then, just go to the next step.

Step 3. Now, it's time to convert your edited video. Click "Export" button and choose the format that you want to convert. Then, click "Settings" button to change the video resolution according to your own needs. After that, hit "OK" button and continue to click "Export" to save the video without any losing. 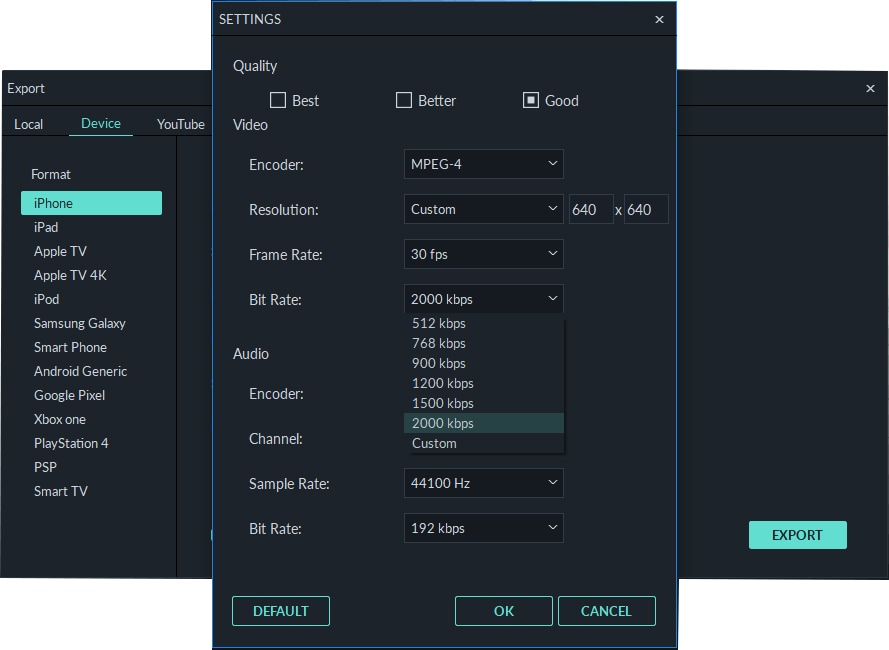 Done! Have you gotten the right solution to convert and edit 4K video by yourself?

Now, just click the below icon to get this powerful tool and start your own 4K video converting process. Or if you have any suggestions about this topic, you're also welcomed to leave a comment in the below section.