For most of the kids Halloween is an occasion that is all about consuming candies. This not only worries their parents but sometimes it leads to unhealthy results that ate never expected. To make sure that the children remain in their place this Halloween following are the top 10 games that would trick-o-treat the kids in the best way.

A really ease game to play, Steak and Jack Midnight march brings forth the best classic view of this that the dads of today used to play in the 90’s. The graphics of the game are awesome and at the same time it is also one of the very few games that is suitable for kids of all age groups. Before the game is played it is recommended to install that the adobe flash player is installed within the system so that the best outcome is generated. The instructions in relation of the game are simple and, the marching ghouls are t be guided along the path so that the pumpkin delivery could be made to the ghost. There are obstacles and hurdles that are also to be crossed. With each successful level the next one is unlocked. 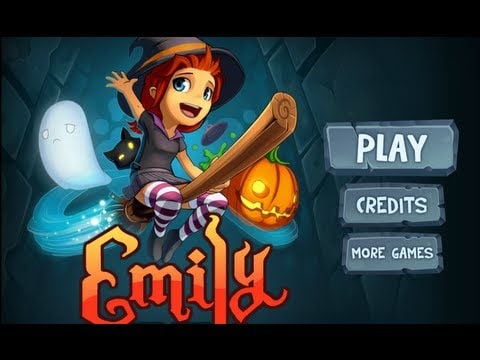 2. Emily and the magic maze

As compared to the first this game is a bit tricky and the kids just need to act smart to save the cute little witch Emily. She is trapped in a maze due to trick-o-treat and now must escape. The navigational keys on the keyboard act as a savior in this regard and direction is given to Emily through them. There are bouncing pumpkins, traps and other spooky hurdles that are to be crossed to get out of the maze. The most interesting thing about the game is that it keeps the children in their places as the graphics as well as the curiosity of the next level embedded within makes it one of the best games for kids to play this Halloween. For parents this game is no less than a boon. 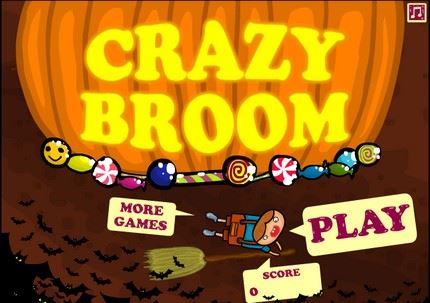 This Halloween discover what is hidden deep in the caves. Crazy broom will definitely make a child forget the candy stuff and would also help their parents in maintaining a healthy lifestyle which they are after throughout the year. An interesting game developed with cutting edge technology allows the kids to guide the witch’s broom through the cave as they need to collect candies and stuff like that to increase the powers. The hurdles as well as the obstacles are also to be avoided so that the game remains intact. Like all other games this one also requires an adobe flash player to work and the most updated and recent version is to be used to do the needful. The caves are swarmed with bats and therefore it is important to save the witch from these spooky creatures. 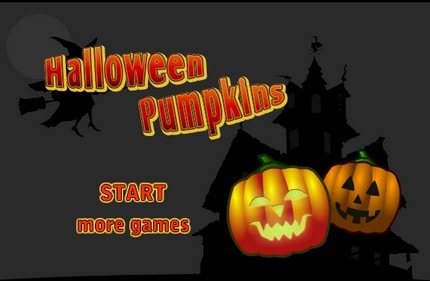 This game is more of a designing art rather than just a simple level mechanism. The pumpkins would also make sure that the kids remain there in the parent’s sight. The overall functionality requires NPAPI flash player plug-in installed to the browser as it is played online. The children could save the best pumpkin art that they have planned for this Halloween. The other methodologies that have been embedded within the game also allow the child making the pumpkin art and sharing it with others to decide which one is to be followed this Halloween. As it is browser based so it is recommended to use Firefox for the best results as it already has the required plug-in installed by default. Great gaming structure and well defied moves lie at the core of this amusement. 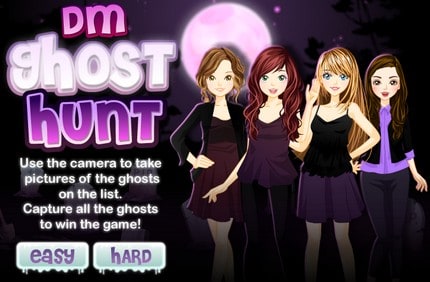 There are tens of thousands of videos online which confirm that the ghosts exist. However in this game the children should use the built in camera to shoot the ghosts so that the task is completed. With simple controls and awesome art work this game definitely makes the kids contented. The overall idea of the game is that Sarah, Lilly and Ella visit a ghost mansion this Halloween to take ghost pictures as per the list they have. Using the keyboard controls the kids should take the pictures and the list is to be seen time and again for confirmation. For taking a picture the left mouse button is to be clicked, up and down arrow keys to zoom in an out and the remain two arrow keys to open the list of the ghosts that are to be shot. 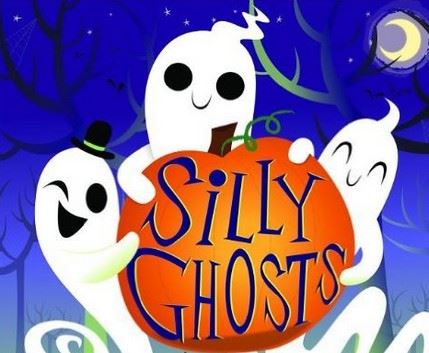 Normally ghosts never divert from their track but in this game they had. As the name depicts they are silly so it is up to the kids to guide them through the path so that they can safely reach their destination. The game is played online and therefore all the system requirements that are found online in relation to this game are to be fulfilled so that smooth play is ensured. The overall phenomenon of the game is not sinister at all but for kids it might be as it is Halloween. The ghosts are transferred from one gate to another by flying them with the help of the arrow keys. The blue arrow or the mark on the screen is to be looked for the path; the green pointer is for the gate number that is being shown on the upper right corner. 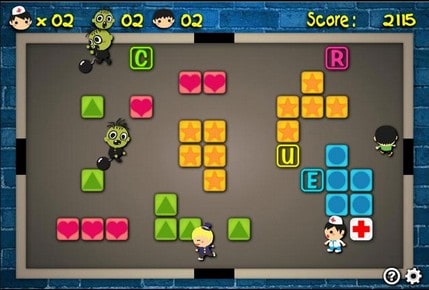 Zombies are never related to Halloween but this year they do. The kids will enjoy this game a lot. The only hint that is to be remembered in this regard is the word CURE and the rest is all done. The nurse is being followed by the zombies and she has to save herself, her fellows and has to complete the word CURE so that the cure appears. As soon as it does grabbing it would result a boom that would cure all the zombies. The child should also look out for the zombies who vandalize the words that have already been joined. It is very important and therefore it is one of the parts which make the game interesting and also allows the kid to delve deep and play on and on. 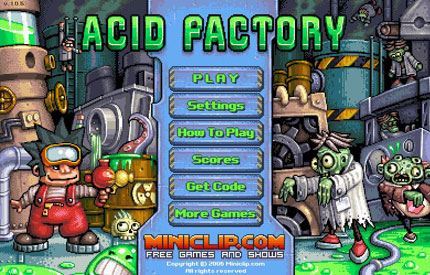 The name might be a bit perilous to hear but in fact it is one of the most interesting games that could be played. Saving a single normal person from an acid flooded factory is something that is a daunting task for a kid as there are several hurdles on the way which are to be avoided for a smooth save. The overall graphics as well as the crux of the game is stunning and therefore the kids would like it for sure. It is also to be noted that the acid factory became so horrifying after a big explosion at the Toxichem Inc. which released poisonous substances as well as the acid flooding is altogether. Harry has been trapped inside and the goal is now to make sure that he finds a safe exit.

It is one of the games that are very smooth to play if the PC is up to the mark. Developed using the best technologies it would make sure that the kids enjoy as much as they can. The gameplay is very simple and the child just needs to whack the monster to get to the next level. There are 9 holes in total and from inside what comes out is never known as it is all about randomization. The child should only strike the hammer once a ghostly figure pops out. The good guys are to be spared or else the progression bar decreases at a fast pace. There is no time limit at all and the child can play the game as long as he requires which would allow the parents to work freely this Halloween. 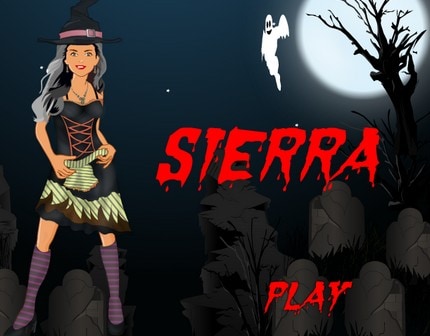 It is a game that is solely for the girls. The overall rating of the game is quiet low and it is all due to the fact that the graphics are dark to create a spooky ambiance. The gameplay is very simple and the Sierra the queen of the game has to get ready and the kids have to help her with the selection of the best attire. The sooner it is done the sooner she will reach the party. The graphics are spooky with a ghost as well as a pumpkin rolling in the background. It is a game that would definitely make the children happy as it is not only easy to play but also ensures that the children learn the color contrasts so it is also a great learning resource as well.