Movies are a great source of entertainment as they not only keep a family together on important occasions like Halloween but they also present different versions of chills and thrills. There are tens of thousands of movies to watch this Halloween but we present top 12 movies that are spine tingling and will provide full entertainment to families. 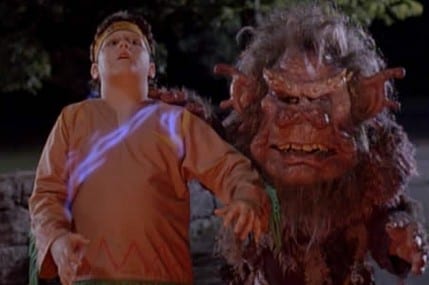 The Norse mythology and Scandinavian folklore has been glorified in this flick. The movie is about a troll who changes children into wooden dolls to feed upon their energy. The monster is captured and ultimately sealed under an oak tree. After a long period of time Ernest who is a sanitation maintainer helps some kids to construct a Halloween tree house unknowingly that the tree is possessed by the beast who is still alive but dormant. The house is demolished unleashing the beast. The troll then transforms into different beings and is after Ernest and the little kids. In the epilogue the Ernest destroys him and recovers all the old dolls releasing the souls of the children that were trapped and the life once again becomes normal. 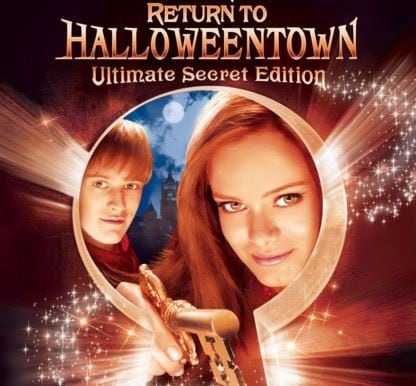 It is Walt Disney Movie that received highly positive reviews from the critics and was a box office hit. It is also the final installment in the Halloween Series. Marnie and Dylan join the Halloween University which is also known as the witch university as it was their goal. Their mother Gwen opposes this decision but to her dismay they both join. Gwen them forces Dylan to keep an eye on her sister. Marnie discovers that she is the one responsible for restriction on the use of Magic. During the course of the movie the epic direction and state of the art features used made it a big box office success. In the end the Marnie transfers all the powers to Dylan as he is the one she trusts. 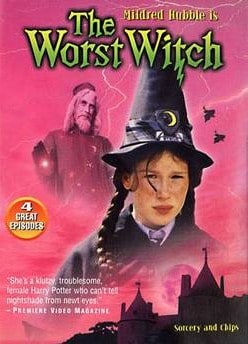 The Worst Witch is a 1986 TV film starring Fairuza Balk and Tim Curry. It is loosely based on the children book of the same name that was written by Jill Murphy. The most interesting feature of the film lies in the fact that Grand Wizard (Jill Murphy) is the only male character of the flick and the rest all are women and girls. The movie is based on a witch Mildred who is notoriously responsible for most of the mishaps that happen at the academy. For instance she uses the magic to turn the fellows into pigs and a series of outrageous events then occur. The climax surrounds Agatha who plans to take over the academy to be used for her evil spells and purposes. She is thwarted by Mildred and her plans are destroyed in full thus establishing Mildred as the hero of the Academy. 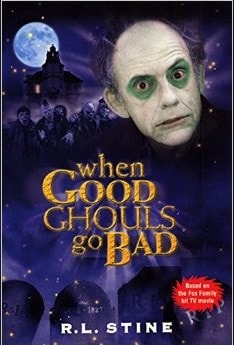 Danny Walker and his father move to Chicago with a dream of re-establishing their business i.e. the chocolate factory. Danny is surprised to see that the people are not interesting in celebrating Halloween. The decorations arranged by Danny are also put down by the Sheriff. During the course of movie Danny comes to know that the townsfolk do not celebrate due to a legend of a curse. The Danny does not believe them thinking that it is a false legend. The Climax is surrounded by Dylan putting an end to the curse making sure that the town life become normal again and he is declared the hero. A group of investors then visit his house to tell his father that they are ready to help him with his chocolate factory business. 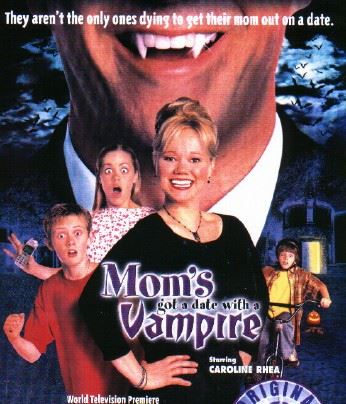 5. Mom’s got a date with a Vampire

Directed by Steve Boyum it is a Walt Disney channel movie that are aired in 2000. Chelsea and Adam are both grounded by their mother for their mischievous behavior so they cannot attend the Halloween Jam. They lure their mom into meeting a man named Dimitri and Adam finds out that he is a Vampire but no one believes. They call in Van Helsing a famous Vampire hunter who then hunts the Vampire down, puts him in the coffin and explains that it should be buried in a place there it is always sunny so that the spell never recasts. Once the Dimitri is sealed Van Helsing goes out with Lynette on a date and both the children decide to go back to their house for a breakfast.

6. The hunting Hour: Don’t Think About it

Cassie a thirteen year old student loves to trick her fellows and especially her younger Max who is often aroused. One day while on the way back she finds an awkward Halloween store and went inside. Here she purchases a book titled Evil thing. The shop owner warns Cassie to never read the spell written in the book aloud and try not to think about the monster who will then come to life. Cassie in the middle of the night reads out the loud for Max as she does not believe the shopkeeper. It is because Max has unplugged the system on which she was writing a report. While their parents are away for a Halloween party the monster is back to life by Max thoughts. Cassie, Max and Sean (Cassie’s boyfriend) then face the beast and defeat it. When their parents are back, the father reads out the magical verse mockingly and the film ends on the note that the monster is not dead. 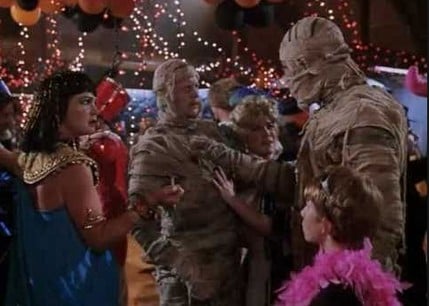 A mummy is discovered at the basement of an old house by three kids who become scared when it comes to life. However they find out that the mummy is friendly and hence they decide to keep him as a guest in one of the children’s bedroom. They later discover that if the mummy is not put back to the sarcophagus before the Halloween midnight then it will be destroyed forever. The coffin is in the hands of Mr. Kubat who has ordered his men to look for the mummy as he wants to sell it to interesting buyer. The Harold is then helped by another mummy who was in love with him. The curse is released defeating Mr. Kubat and his henchmen. All of the children and the mummies therefore live happily ever after. 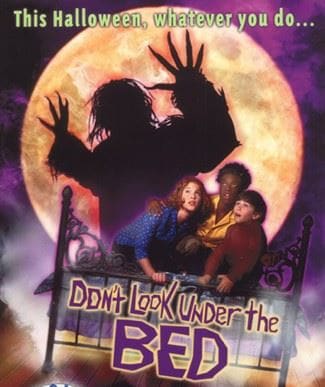 8. Don’t look under the bed

Frances is an intelligent girl who believes in facts and calculations to see the world. Strange things started happening in the town of Middleburg as the sign B started to appear on every door, closet and even roads. Clocks going off too early, the B sign does appear on Francis closet as it appears inside of it. People started pointing out Frances for all these happenings. She then comes to know that an old friend of her, Zoey is responsible. Frances stopped believing the imagination of Zoey causing her to transform into a boogieman. Francis with the help of Larry (an old lady) and Darwin (her brother) defeats the boogieman saving her family and Larry. In the end her brother who is still scared of the incidents which took place sleeps in her bed and both Larry and Frances look at him with smiles. 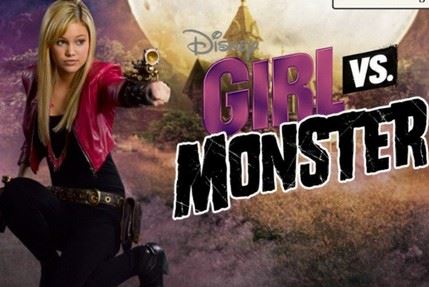 Skylar is a teen with a very adorable singing voice. She with her friends plan to sing on Halloween bash with a rock star Ryan. She is grounded by her parents and they even set up and alarm system so that she cannot move out. After they had gone to the Halloween party she tries to sneak out of the house by dismantling the power supply so that the alarms won’t work. This unleashes a powerful beast called Deimata who feeds on the fear of Skylar. She then comes to know that she is hailed from a family of monster hunters and belongs to the 5th generation. She confronts the monster bravely and defeats him in the hunting unit. Deimata laughs for the last time pointing which points at a sequel. 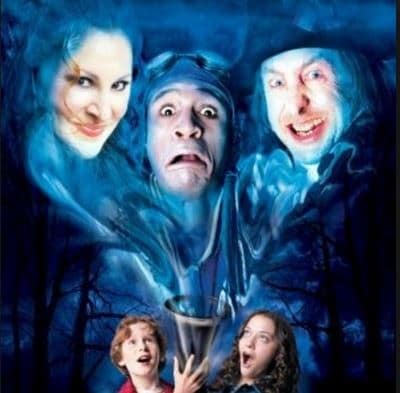 Ian and Clare are communicated by their Grandfather’s soul who tells them about Zachariah Kull who was dead years back but after committing a horrific crime. He burnt his house with his wife inside and the children have been communicated that the ghosts of Jumper and Mariah are to be followed. It leads them to an abandoned building in the forest. There they find out that their grandfather had some unfinished business and the Zachariah has abducted his soul before the work could be completed. Both children with the help of Jumper and Mariah fight for the soul of their grandfather who is then released and they all return home. Jumper and Mariah now realized that there is an afterlife and as a punishment their stay on the earth has been extended. 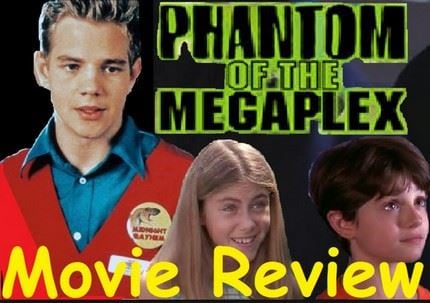 11. Phantom of the MegaPlex

17year old Pete is the assistant manager of the Megaplex a theatre which shows latest movies and flicks to the customers. Megaplex gets its biggest offer for airing “Midnight Mayhem” which is a blockbuster. Pete is forced to take his siblings to the premier and here all of a sudden strange things start happening. Pete’s siblings instantly read the movie plot that was being aired and come to know the fact about the theatre. The phantom is Shawn who is then fired from the theatre immediately. Shawn only did this to get noticed and the “Midnight Mayhem” producer approached him and gave him the news that they would be making a movie on his adventures. Pete now realizes the importance of childhood and takes his siblings out for the rest of the night so that they could enjoy.

A classic flick with the combination of entertainment and thrill, Mia Farrow has just moved into new apartment with her husband when strange things started happening. She becomes pregnant with a baby after having a vivid dream that she has sex with a monster. In the morning she told the story to her husband who tells her that they had sex while she was asleep. She now begins to suspect that the baby in the womb is that of a devil and ultimately comes to know about the neighbors who are Satanists and had a pact with her husband. The stuff of the movie is really disturbing and it is recommended not to watch it alone as it may lead to anxiety.