8 Best Apps to Slow Down a Video

This article lists 8 easy-to-use video editing apps for slowing down videos. We provide step-by-step guides for each app.

Slowing videos down is entertaining if you do it right! Whether it be capturing raindrops meeting the sand or slowing it down because you want to get the whole experience in slow-mo, or it could even be capturing your friend flipping their hair! Both Android and iOS have multiple apps to slow down videos. Let's check them out and find the one best for you.

Part 1. The Best 4 Apps to Slow down Video on iPhone

There are several apps for iPhone users that can readily be used to slow down the video. Listed below are the best four of them for you!

Slow Motion Video Fx Editor is an advanced slow motion and fast motion video editor that lets you have full control over the speed of your video. It comes with a number of other features like adding music to the video, precision in controlling the speed, filters, and high-resolution output. The app gives you a three-day trial, then $9.99/month or $34.99/year.

Step 1. When you open the app from your phone, you can either open a video to slow-down or you can record a new video by the record button. Once you choose your video or are done recording it, next step is to slow it down!

Step 2. Select the desired part of the video that you want to slow down using the slider, set your desired length and speed.

Step 3. Play around with the slider for that perfect video you have in your mind, and once you're satisfied with the outcome, just save the file!

FilmoraGo is an all-in-one video editing app with easy-to-use interface and tons of advanced features for you to be creative with. With FilmoraGo you can slow down or speed up the video, create wonderful slow-motion clips, and create reverse clips in seconds. With that there are countless royalty-free music and sound effects to choose from and the feature to record voice-overs. Video effects, animations, and camera feature make the app even more professional and fun to use. Yearly subscription of FilmoraGo is priced at $32.99 only.

Step 1. Open the FilmoraGo app and click on "New Project" and select the video and tap "Import".

Step 2. When the video appears on the timeline, drag the slider to the point where you want the video to slow down, click to split the segment.

Step 3. After that, select the split segment and tap "Speed" from the options below.

Step 4. After selecting "Speed", decrease the speed of that segment until you get the result of your choice.

Step 5. When you're done, preview the video to check it, and if you're happy with the result, just export it clicking the export option at the top-right corner!

KineMaster is a fun to use app with a very easy and interactive interface. With this app, you can not just slow down or speed up your video, you can also cut, crop, and split your clip. Also, you can edit images, stickers, a ton of special effects, and texts and more. Along with that, KineMaster has a huge catalog of effects, transitions with keyframe control, music with a lot of equalizer presets and precise volume control, color filters and adjustments, and a lot more. KineMaster is free to use but to unlock the full package KineMaster Premium costs $7.99/month and $37.99 annually.

Step 1. Open KineMaster app and press + button and select the aspect ratio of the project

Step 2. Once the project is opened, tap the "Media" button to browse the video from Camera Roll.

Step 3. Once the video is in the timeline, move the slider at the part that you want to slow down and slit that segment by pressing "Split at Playhead" button.

Step 4. Once the segment is split, select the segment and press "Speed" button and decease the speed until you're satisfied with the results.

Step 5. And when you're done with it, the last step is to save and then export the file project!

iMovie is the video editor from Apple. Along with slowing down or speeding up the clip, it lets you make Hollywood-style trailers with easy-to-use functions. It also has support for splitting, cropping, adding gradients, and changing the background of the video. iMovie exports optimized videos for Instagram, YouTube, and other major platforms. Since it's an app by Apple, it supports AirDrop, iCloud Drive, and AirPlay to wirelessly stream using AppleTV.

Step 2. Select the desired video that you have in mind to slow down.

Step 3. When the video appears on the timeline, go to the part that you want to slow down and split it.

Step 4. Once the desired part is split-up, click that segment and press the clock icon at the bottom to slow down the segment.

Step 5. Once the video is as per your desire, save it.

Part 2. The Best 4 Apps to Slow down Video on Android

There are several cool Android apps to slow down your videos. Following are the four of the best ones that we chose for you.

VLC media player is basically an Android video player which supports numrous9 video and audio extensions and codecs. VLC is also utilized to slow down video videos. The only problem being that it only slows down the video while it's being played. It does not export or save the video that way.

Step 1. From your phone, open the VLC app and click on the video you want to play.

Step 2. Tap on the screens and video controls will appear.

Step 3. Now, tap the three dots menu and then tap on the option that has the running icon.

Videoshop is a free video editor for Android that does pretty much all the jobs that a video editor can do. It allows u to trim, crop, merge, split, and adjust video clips. With that, you can slow down the video, apply animated effects or filters and even record voiceovers! Videoshop also supports high resolution exports.

Step 1. Open the Videoshop app and tap the + button and press "Album" to start the project and import your video.

Step 2. When the clip appears on the project, select it and now tap the "Speed" button.

Step 4. After it's done, click on Next and export the file.

Magisto is a free video editor for Android that lets u cut, trim, merge, and reorder the clip. It also has a range of transitions, text with custom fonts, and a lot of graphical effect. With that, it also lets you create beautiful slow-motion videos.

Step 1. Tap the Magisto app to open it and then tap the + button to import your video.

Step 2. After selecting the video, press Next at the top-right corner.

Step 3. The app will ask you to then select a style of your choice. Select the one you like or that goes well with your video and press next, now add music!

Step 4. After it's done, video will be uploaded to your profile.

Step 6. Here, tap on the setting icon that's at the bottom-left corner and then select speed.

Step 7. Finally, set the speed to "Slow" and then save the video!

VivaVideo is an easy-to-use and a very powerful video editing app with a lot of fun features. VivaVideo is comparatively very simple than its competitors and does most of the job itself. It has tons of transitions, effects, and animations. It is also an amazing choice for creating slow-motion videos. VivaVideo supports 0.1 to 10x video speed change.

Step 2. Now, select your desired video to slow down.

Step 3. When the video appears in the timeline, split the area that you want to slow down.

Step 4. Select the segment that you split, press "Speed" and decrease the speed as per your choice.

Step 5. Once you're satisfied with the results, save the file.

Part 3. The best offline software to slow down video - Filmora

Filmora is hands-down the best tool to slow down video on mac and windows, and it is the best all-in-one video editing software with all the professional tools you'll need. 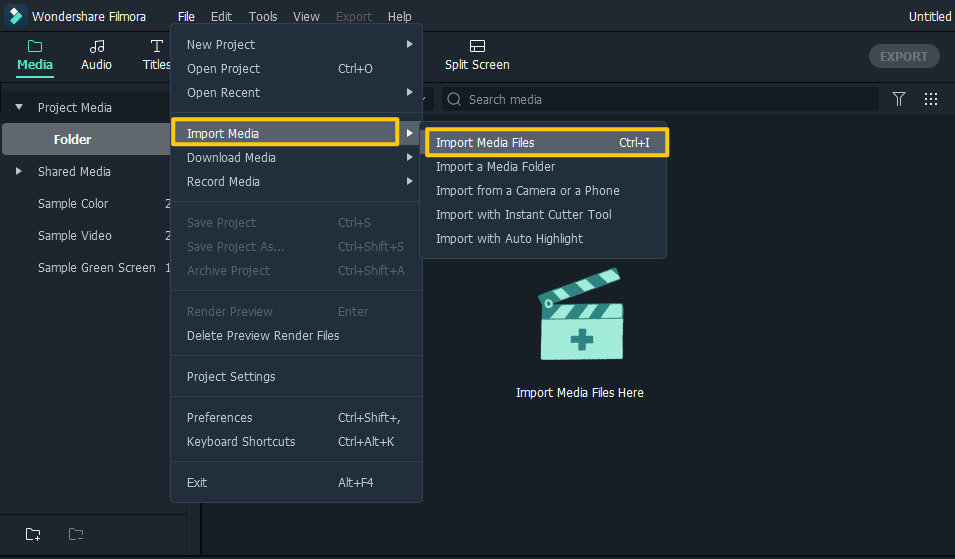 Step 2. Right Click on the clip in timeline and select "Speed and Duration". Decrease or increase the speed by using the slider.

Special Tips: you can also speed up a video in the same way. The only difference is that you need to make the duration shorter or the speed faster.

Step 3. And when you are satisfied with how your video turns out, save and export it! 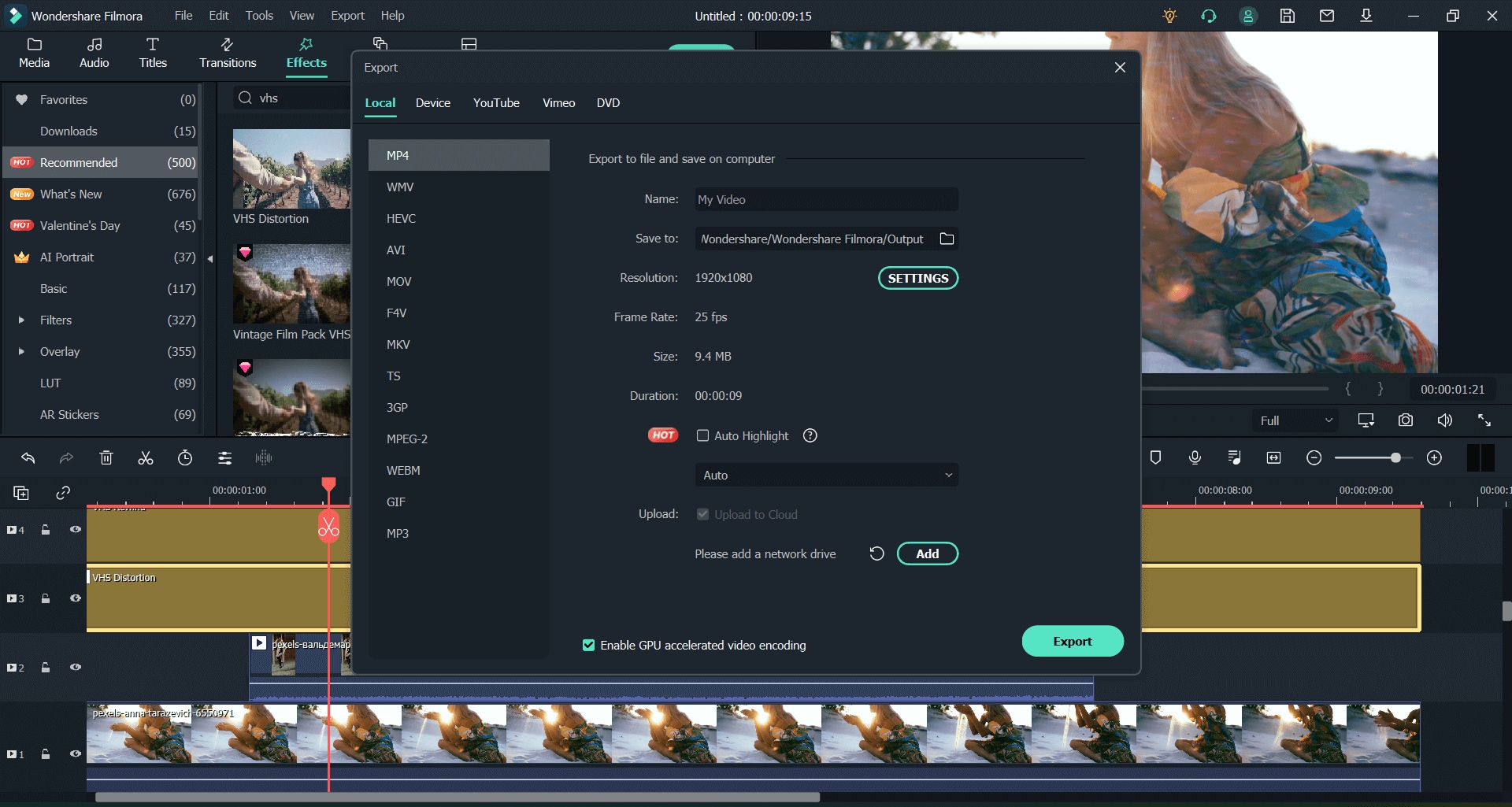 500+ free special video effects to customize and create an awesome movie by yourself.

This article highlights and explores the distinctive features, pros, cons, and supported OS of the top MP3 editors for both desktop, mobile and online..

Which is the best video joiner software? Here, we prepared 15 free video joiners (desktop, mobile, & online) for you to combine video clips as you like.

Looking for the best video overlay software and apps to use on YouTube, Twitch, and more? Choose your favorite one from our editor's pick list now.

How can you sharpen videos and enhance video quality like resolution, brightness, etc? Well, there are 10 advanced video enhancer online tools to help you reach the goal quickly.

This article lists 15 free and best open-source video editors for Windows, Linux and Mac. The list should suit the needs of most users, from basic to advanced.

Filmora VS Movavi: Which is Better?

Filmora or Movavi, which one is the best for you? Read this ultimate comparison review and compare their features, pricing plans, system requirements, and more.

Wondershare Filmora 11 - A creative video editing experience all on one platform to make and share stories.
Try it Free Try it Free 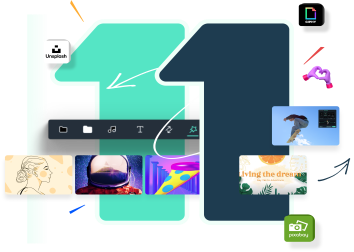