How to connect your camera to iPad

So you have a camera and you have a new iPad. To connect your camera to iPad to transfer photos or video, there are two options: Note that some camera video formats (e.g. MTS video) are not supported by iPad. If so, you need a video converter to convert the video to be iPad-compatible.

But pay attention to this: Apple released an earlier iPod Camera Connector to connect camera to iPod and iPhone, but unfortunately, if you have purchased this one, you are unable to use it to connect your camera to your new iPad. 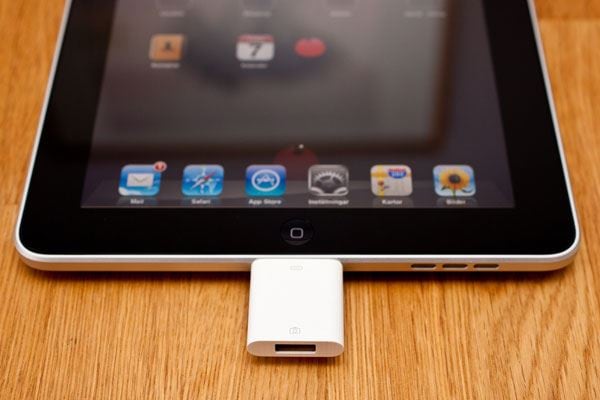 If you wanna backup these photos from your iPad to the Mac, you can connect your iPad to Mac and launch iPhoto, and select the photos to sync to the iPhoto. Actually, if you have recorded some video with your camera, like flip video, you can also use iPad Camera Connection Kit to transfer these flip video to iPad.

Part 2. Transfer Camera Videos and Photos to Your iPad

To transfer camera photos and videos to your iPad, you actually can do in another way without using the iPad Camera Connection Kit:

How to Rotate GoPro Video Upside Down

> Camcorder > How to connect your camera to iPad