Who Are The Evilest Guys Among ONE PIECE Characters?

One Piece isn’t short on villains and, Here we list evil guys in One Piece, such as Kuro, Blackbeard, and......
Try Free Try Free

One Piece undoubtedly deserves to be one of the ‘big three’ with its unique character designs, fantastic plot, and intense fight scenes. The series focuses on a young man who aspires to become the next Pirate King. After unintentionally consuming a devil’s fruit (a type of fruit that when eaten gives the eater powers) which gave his body the properties of rubber, Monkey D. Luffy starts on his journey to find the treasure of the previous Pirate King “One Piece” and become the King of Pirates himself. One Piece's main characters include Luffy’s self-assembled crew, who are the best of the best in their area of expertise. Like any other anime, One Piece isn’t short on villains and bad guys, either cool, uncool, average strength to overpowered, level-headed to psychopaths and fanatics.

Here we’ve compiled a list of evil characters in the anime. While some of them just have twisted ideals, some are selfish, and others are plain evil with no explanation, reason, or justification for their action, they are evil because, well, they want to.

After leaving his crew, Kuro pretended to stumble into the Syrup Village. He was taken in by Kaya's family and acted as the young lady’s servant and caretaker for three years under the name Klahadore. Meanwhile, his reason for approaching the family was with the intent of inheriting her fortune. After spending years posing as a butler, Klahadore is revealed to be Captain Kuro of the Black Cat Pirates and the main antagonist of the Syrup Village Arc. Kuro had planned to assassinate his employer and steal her fortune for himself. He unleashes the Black Cat Pirates upon the island, only to be defeated by Luffy, Zoro, Nami, and Usopp. During the confrontation, he realizes that he has no chance in the battle with Luffy. He disregarded his crew, who were present at the scene, and used a move that makes him extremely fast but makes him lose control over where he strikes, and in the process, he strikes down a lot of his crewmen to kill Luffy. He ended up getting defeated by Luffy, who was enraged with the way he was treating his crewmen. 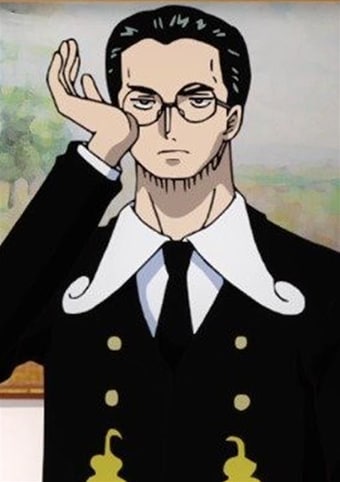 Arlong was Luffy's biggest test of the East Blue Saga. Arlong is a large, muscular, light blue saw-shark fish-man whose most distinctive trait is his saw-shaped nose. He was the captain of the all-fish-man crew, the Arlong Pirates. Following the death of his former captain, Fisher Tiger, Arlong became an Impel Down prisoner but was granted a pardon thanks to his comrade Jinbe accepting the title of one of the Seven Warlords of the Sea. Once freed, Arlong set his sights on conquering the East Blue, settling on the Conomi Islands alongside his crew, and racketeering the local population. He had the highest bounty in the East Blue before being defeated by Monkey D. Luffy. Due to his actions and role, he is the primary antagonist of the Arlong Park Arc. 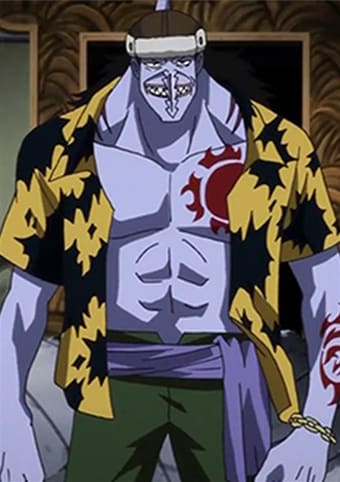 Widely known and hated by fans around the world, this Marine officer was the one who put a hole in Ace, Luffy’s brother, and left the big X scar on Luffy’s chest. He is the most ruthless Marine officer and was one of the three Marine Admirals but later became the current Fleet Admiral as Sengoku's successor, following his retirement. He is become one of Luffy's archenemies after killing his brother Portgas D. Ace. Although he supposedly believes in justice and righteousness, Akainu is cruel, uncompromising, heartless, and fanatical to the motto of "Absolute Justice," which is to punish criminals at any cost, no matter how much they beg for mercy, and regardless of the circumstances relating to how the crimes were committed. However, Akainu's extremism is far beyond the average extremist Marine. Under the pretense of justice, Akainu committed multiple heinous crimes that even pirates would shy away from. Some of these crimes include but are not limited to: sinking a ship of innocent refugees and killing his comrades due to their ‘incompetence.’ 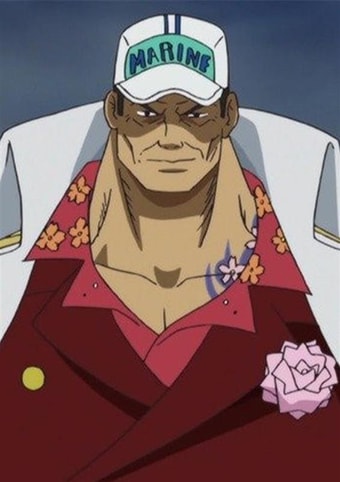 Unlike Sakuzaki who had to watch himself when his superiors are around, Enel had all the space to commit whatever crime he sees fit; after all, he is a god (self-proclaimed). He's a relentless, overpowered being whose entrance to the stage shook everyone. He can't be hit, and he can wipe out villages from miles away; he can't even die. He showed that just power doesn't make a good ruler, let alone a god. Eneru was just the devil incarnate who found his way to heaven's throne. He killed the leader of Skypiea and planned to destroy the island alongside its thousands of residents, a testimony of his wickedness. He possesses the Goro Goro no Mi (Rumble Rumble Fruit), which lets him create, control and transform into electricity at will. His fruit was mentioned at one time by Nico Robin to be one the fruits with the reputation of being ‘invincible. He has an observation Haki he literally uses to spy on his citizens and just speaking against him was a crime punishable by death. He has no grand plan, no motive. This is one of those types of character that are just plain ‘evil.’ 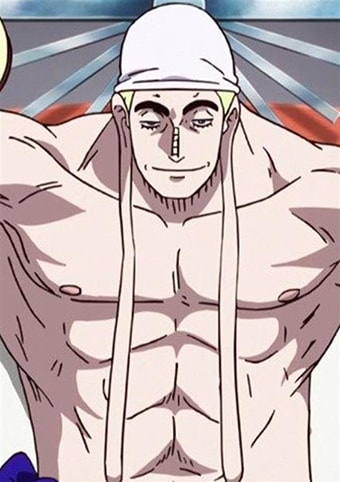 When even other pirates call you vile, you know you should be proud. Blackbeard has proven to stoop to the lowest levels to advance his ambitions further. Blackbeard is one of the two main antagonists of the One Piece franchise (alongside Akainu). He was the one who caught Ace and handed him to the World Government making him one of Luffy’s archenemies. Blackbeard’s devil fruit Yami Yami no Mi (Drak Dark Fruit) lets the user controls darkness at will. His fruit also cancels out the power of other devil fruits made it possible for him to overpower Ace and capture him. No moral shackles can keep this man from embracing grandiose dreams! Backstabbing, murder, theft, you name it. Nothing is too extreme for Blackbeard and his gang of similarly evil goons. Blackbeard is power crazy as he is obsessed with obtaining powerful devil fruits, such as when he obtained Gura Gura no Mi after killing the weakened Whitebeard. He spread his crew to seek out to kill powerful devil fruit users and take their reincarnated fruits. Blackbeard is considered the evil counterpart of Whitebeard, who was an Emperor of the Sea. 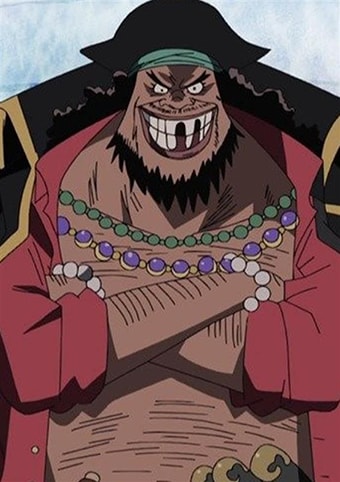 Now we got to who I would say is the evilest man in the entirety of One Piece. This Heavenly Demon is involved in plenty of questionable and inhumane businesses. Slave trade, manipulating, blackmailing, etc., but what truly highlights Doflamingo’s evil is the aspirations he is vying for-- not world domination, but world destruction. He seeks to destroy the world and every known civilization-- the purest kind of malice. In most of his appearances, Doflamingo is portrayed as carefree and laid-back, but underneath his eccentricity, Doflamingo is extremely violent and bloodthirsty, and because of his violent nature and attitude, Doflamingo feels no empathy for anyone he has victimized or the lives he has destroyed and always justifies it with him being better than people in general. With his parasite string ability, Doflamingo is able to force people to do his bidding, often forcing them to do terrible things for his amusement, such as forcing Mozambia to strangle Stainless and forcing Atmos to cut down and kill many of his subordinates. 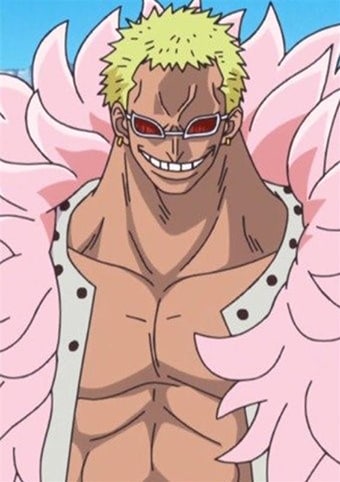 Hody Jones is a great white shark fish-man, the captain of the New Fish-Man Pirates before their downfall. He was the first villain out of the gate for One Piece's time skip. His hate against humanity outclasses even Arlong's and has nothing but contempt for fishmen who sympathize with humans. Hody Jones is a complete psychopath who is filled with hatred toward humans. What makes him worse than many One Piece villains like Arlong is that, unlike them, he has no excuse and no principles. He hates, torment, and kills humans for virtually no reason and has no qualms about doing the same to anyone regardless of species, including his people. When he was asked why he despises humans so much, he simply replied, ‘nothing’ Because of this, Hody is arguably one of the evilest characters in One Piece. He is frightening both as a fictional and real-world monster. 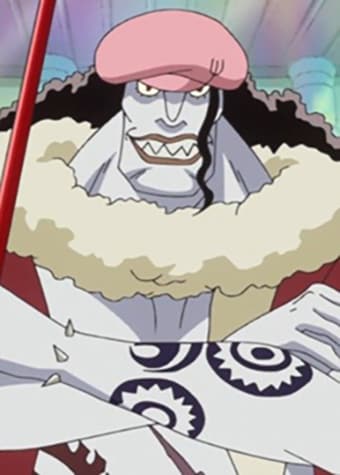 All One Piece characters generally don’t have a concept of good or evil; this is a pirate-themed show, so there’s bound to be many robberies, pillaging, backstabbing, mutiny, to mention a few since it is; you know ‘what pirates do.’ Right now, the straw hats pirates are facing off Emperors of the Seas who are some of One Piece’s strongest characters. Individually, the Emperors are considered to be the most powerful in the world. Each of them holds immeasurable power and influence in the pirate world, as we’ve seen the likes of Big Mom and Kaido. Big Mom is strong enough to tank Luffy’s strongest hit; she possesses power that lets her control the ocean and fire, she is not only the strongest female character, but she is also one of the strongest characters in the entire anime, Kaido, on the other hand, is referred to as the ‘strongest being in the world’ so we don’t need to tell you too much just that he pretty much one-shot Luffy in their last fight. This proves that by the end of this arc, we might be seeing new sets of evil characters with probably more viciousness, cruelty, and absurdness.

> Animation > Who Are The Evilest Guys Among ONE PIECE Characters?