Who else never liked the idea of watching animes and reading subtitles simultaneously? It has been proven countless times that you can't do two things at the same time and Japanese animes are without a doubt Japanese so for the sake of people outside of Japan, some companies take it upon themselves to create dubs in other languages for animes so you can 'just watch'. Below is a list of the top six, fast-rising dubbed animes that you can watch in 2021.

1. That Time I Got Reincarnated as a Slime

That Time I Got Reincarnated as a Slime is a 2018 Japanese television anime series based on the light novel series of the same name written by Fuse. The series follows a man Satoru Mikami who falls victim to a random assailant on the streets and was killed. When he regains consciousness, he discovers that he has reincarnated as a slime in an unfamiliar world. In doing so, he acquires newfound skills “Predator”—the power to devour anything and mimic its appearance and abilities. Animated by Eight Bit and directed by Yasuhito Kikuchi. 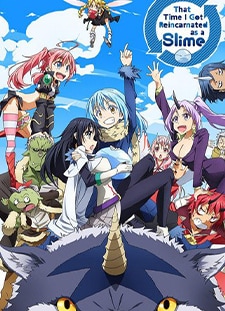 Scissor Seven (Killer 7 in China) is a Chinese streaming television animated series. It was released as Scissor Seven on Netflix. A scissor-wielding, hairdressing, bungling failed assassin seeking to recover his memory, unfortunately, stumbles into a struggle for power among feuding factions. This show has some of the best action and humor in any anime Netflix Show hands down. Full of imagination, comedy, very good action scenes, dramatic and charm, it is one of the very best animes. 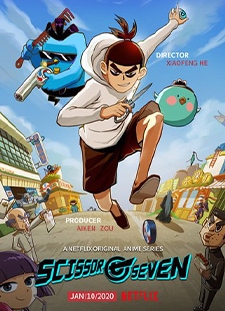 Demon Slayer: Kimetsu no Yaiba is the anime adaptation of Koyoharu Gotōge's “Kimetsu no Yaiba” by Ufotable. The story takes place in Taishō-era Japan. Kamado Tanjirou came home to find his entire family slain and his sister turned into a demon. The series follows Tanjirou and his sister Nezuko as they seek a cure to Nezuko's demon curse. They got entangled in the affairs of a secret society, known as the Demon Slayer Corps, that have been waging a secret war against demons for centuries. The anime was directed by Haruo Sotozaki. Demon Slayer's sudden rise cannot be overstated but just what makes the series so addictive for fans around the world? You'll realize when you watch. 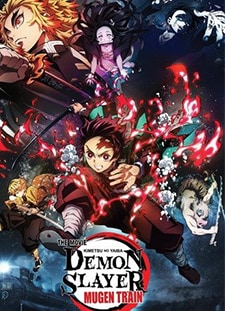 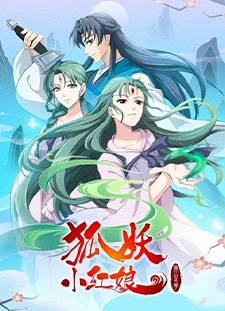 High-Rise Invasion is a Japanese manga series written by Tsuina Miura and illustrated by Takahiro Oba. An original net animation anime series adaptation by Zero-G streamed worldwide on Netflix on February 2021. Yuri Honjo is a typical teenager who wakes up in a prison-like reality that consists purely of the tops of skyscrapers and pits regular humans against deadly individuals in intimidating masks who are hell-bent on tormenting their “prey”. It is a chilling scenario that gets Yuri running for her life too quickly to be able to properly question what’s going on but when she learns that her brother, Rika, is also in this strange world, her goal becomes to reunite with him and find an escape together. Written by Tōko Machida and directed by Masahiro Takata. 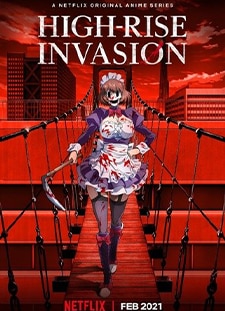 In a world where superpowers (Quirks) have become commonplace, Izuku Midoriya, a boy born without superpowers but still dreams of becoming a superhero himself. He is scouted by All Might, Japan's number 1 hero, who chooses Midoriya as his successor and shares his Quirk with him after recognizing his potential, and later helps enroll him in a prestigious high school (U.A) for heroes in training. It is directed by Kenji Nagasaki, Tomo Ōkubo, and Masahiro Mukai. Boku no Hero’s first four seasons have earned it a place among big names like Naruto, Dragon Ball, Bleach. 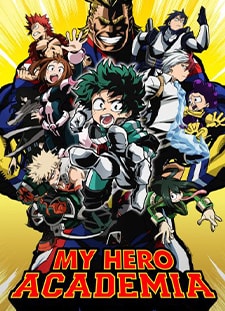 Part 2: Best anime sites where you can download new animes with good dubs

9Anime is one of the best anime download sites with plenty high quality dubbed and subbed anime series, anime movie downloads can be found there. The quick filter feature is such a considerate design that enables users to pick up the desired title easily, it contains all genres you might want. You can also choose to watch and download anime free in different video quality (HD, HDRip, SD, TS, CAM) by using a third-party downloader. If you can’t find your favorite anime, you can simply request for it to be added. 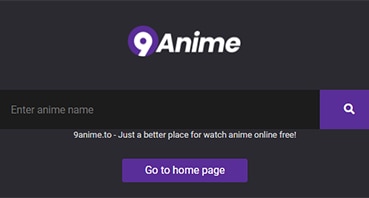 Hulu’s anime library is not as deep as some of the more specialized streaming services but it’s still got a surprising amount, especially after the recent deal they struck with Funimation. Now Hulu has an anime section featuring big names like Naruto, My Hero Academia, Bleach. You’ll also find the popular classics ‘Cowboy Bebop’. Their service quality is great and the streaming service works on any device, quality will automatically adjust based on your available bandwidth, ensuring you always have the best picture quality possible for streaming. These available options may also vary on the content you're watching and the device you're using to stream. 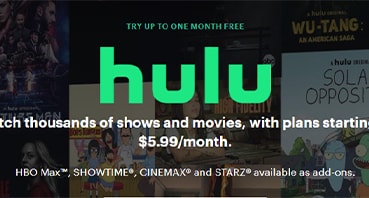 Funimation is for the more serious anime viewers. It’s more or less for anime fans. Funimation has got a deeper library than Hulu, plus you get simulcast, so you don’t have to wait around for the next season of animes to drop before you can watch it. Quality will automatically adjust based on your available bandwidth. The app player will automatically play videos in HD when they are available when the video quality is set to "Auto." You can also set Video Quality to "720p" or "1080p." 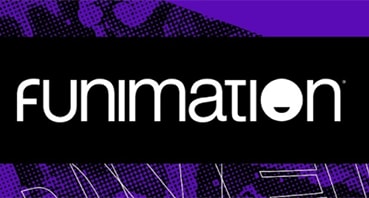 What is a dubbed anime?

Dubbed animes allow the audience to enjoy anime series without being required to follow subtitles as they appear on the screen. Since most animes are created Japanese or Chinese and their fanbase is not only in Japan, there is a need for a translation of some sort. Dubbed animes are animes translated to English with English voice-casting.

Which countries are famous for generating animes apart from Japan?

Nickelodeon’s Avatar: The Last Airbender is a very good example of an animation produced outside of Japan. Though it was created by mixing elements of and American cartoons, it is an American animation. South Korea created stunning and captivating animes some of which can rival the big names e.g Tower of God, Noblesse, and, wait for it… The God of High School! China on the other hand has converted manhuas like The King’s Avatar, Battle Through the Heavens and, the Daily Life of an Immortal Emperor into animes, though they may come in their original Chinese name when you search for them.

Why voice-over is very important in anime?

Voiceovers are essential in creating quality animes, the difference between a good and bad anime might be the quality of its voice actors, especially in dubbed animes where there are instances of the tone not matching the expression of the characters or the mood of the anime itself. One of the popular apps that can help you add music/voice to your video with good transition is Filmora, it is highly praised and worth considering when you want to dub.