Why Micosoft Tells Users to Uninstall Office on Windows 10?

See Next Chapter of Office on Windows 10

It is mainly for security reasons that Microsoft has urged the users to do the same. You must know in details before uninstalling the security patch. Recently,Gabe Aul, General Manager, Engineering of Microsoft has advised the users of Windows 10 on it. He Twitted, "We have a security update going out today, and the installer fails on 9879 if Office is installed. Rather than rolling a new fix (losing several days in the process) we're going to publish it as is. The workaround is painful: uninstall Office, install the hotfix, reinstall Office. Sorry. We're working hard to fix." Andrew Storms, Vice President, Security Services at New Context explains that, "Preview users are generally the most willing to nuke and repave their systems." As the users who have downloaded and installed the technical previews are just beta testers and not using the original operating system software, these types of inconveniences can be expected. However, Microsoft is claiming that this kind of problems will be eliminated in the original version of Windows 10. 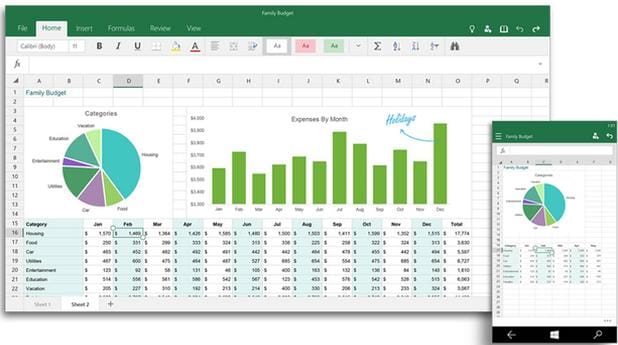 According to the news, the users of Microsoft Windows 10 will have to uninstall Office to install the updates for this month’s patch. Once the security patches that Microsoft is providing with the technical preview, are applied, the users can reinstall Windows Office in their systems with Windows 10.

Aul further Twitted that instead of giving a solution like this to the users Microsoft could have worked on the fix and could have provided the users with fresh preview to download. However, he reasoned, "rather than rolling a new fix (losing several days in the process) we're going to publish as-is."

This is considered to be one of the drawbacks of using pre-release software. Windows 10 is still in the development stage and is due for launch soon. The operating system still needs polishing and a lot needs to be done to the OS at this final stage. Having issues with the preview of the software does not mean that the finished product will also have similar issues, and Microsoft is leaving no stone unturned to make it a flawless OS. Working on the preview of the Windows 10 is like working with a build that is not yet ready for launch.

Earlier in December there were seven updates on the preview, which led to fixing of more than two dozens of vulnerabilities. The company is expected to take care of all the vulnerabilities of the preview software and is soon to come with a system that addresses all these issues quite effectively.

Following the Twitter update by Aul, several users followed-up with their tweets and comments and said that they were facing similar problems and following the Aul's Twitter feed. However, they also confirmed that they could solve the issues with the solutions that Aul told them. They said that they tried uninstalling the Office before making the update and faced no problem at all.

According to Microsoft, this update is just one of the total seven security updates that will be there in Windows 10. This recent update that has been pegged as MS14-080 has patched 14 vulnerabilities in the Internet Explorer 11.

In an interview Andrew Storms stated, "There are always upsides and downsides to being on the bleeding edge, Users who chose to grab the Windows 10 Technical Preview are now stuck between the proverbial rock and a hard place. Today, Microsoft admitted that some number of their users are plagued with Explorer crashes and what's worse, an update that won't be easy to install. I, like Microsoft, hope that these users are adept enough to figure out the workaround/fix on their own." Storms further confirmed that Microsoft acknowledged the fact that about one in eight users was unsuccessful in installing the previous build of the operating system. The build was developed to stop cashes of the Windows 10 file manager for the Internet Explorer. While talking about the screwing up of the Windows 10 Explorer, Aul said, "On a shipping OS, if we hit an issue like this we'd normally pull the update," But since the Windows Insider audience is technical, we decided to leave it up while we work on the fix so that people hitting the Explorer crash can get some relief."

Both Aul and Storm are confident of the users' skills of Windows 10. Storms said, "Preview users are generally the most willing to nuke and repave their systems."

A recent news about the development of Windows 10 confirmed that recently Microsoft has shipped a total of seven security updates aimed at patching 24 vulnerabilities in the earlier versions of Windows IE, SharePoint, Exchange server software and Office.

Microsoft is working closely with the users and developers from across the globe through he Windows Insider Program to create the best product in the name of Windows 10. This effort on the part of the company has been done to avoid 'glaring' bugs and various performance glitches that the earlier operating systems by the company suffered. Microsoft Windows 10 is expected to be the biggest and most perfect release of the company since Satya Nadella took over. The launch of Windows 8 could not put up much excitement and nor the OS was successful in getting expected amount of attention by the users. Microsoft is trying to rise over it with the gala launch of Windows 10. Among the host of features that the operating system is bringing in are easier shut-down option, better multi-tasking capabilities, and support for multiple platform of devices.

So, the news that you need to uninstall Office to upgrade a security patch in the Windows 10 should not cause too much disturbance in your mind. The preview is just a taste of the whole thing - an essence of the OS that is probably going to be the ultimate from Microsoft.

> Windows > Why Micosoft Tells Users to Uninstall Office on Windows 10?