A creative video editing platform for all creators!

Speed Ramping feature in Filmora is used to freely change the speed of certain parts of your video or audio clips. Compared to Uniform Speed function, Speed Ramping can adjust your video's speed with better control of your key frames. That means you can magically change any part of your video speed to create unique cinematic effects.

Go to the Speed Ramping Panel 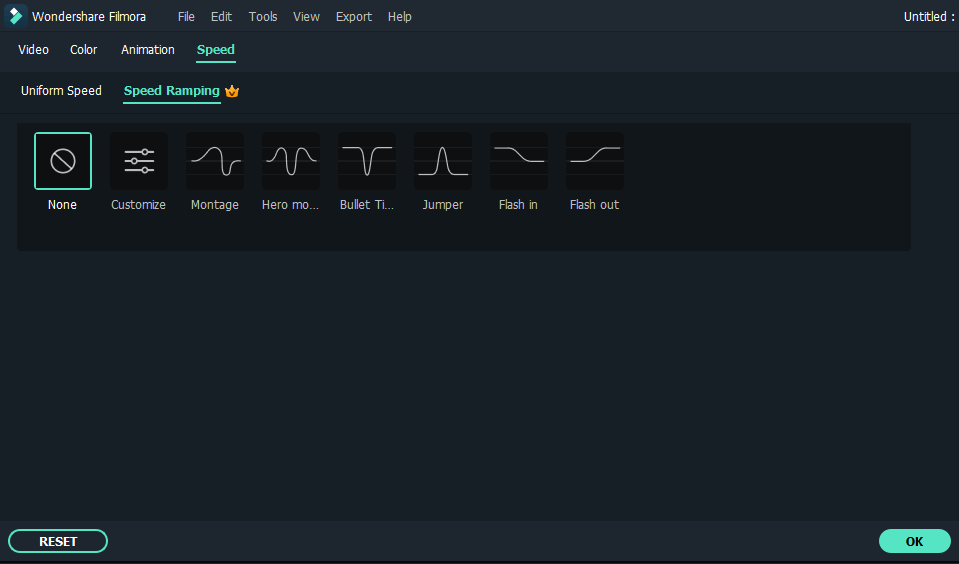 In the Speed Ramping panel, there are many speed resets that you can choose from: Montage, Hero Moment, Bullet Time, Jumper, Flash in, and Flash out. Also, you can customize the speed ramps if you can't find a suitable one. 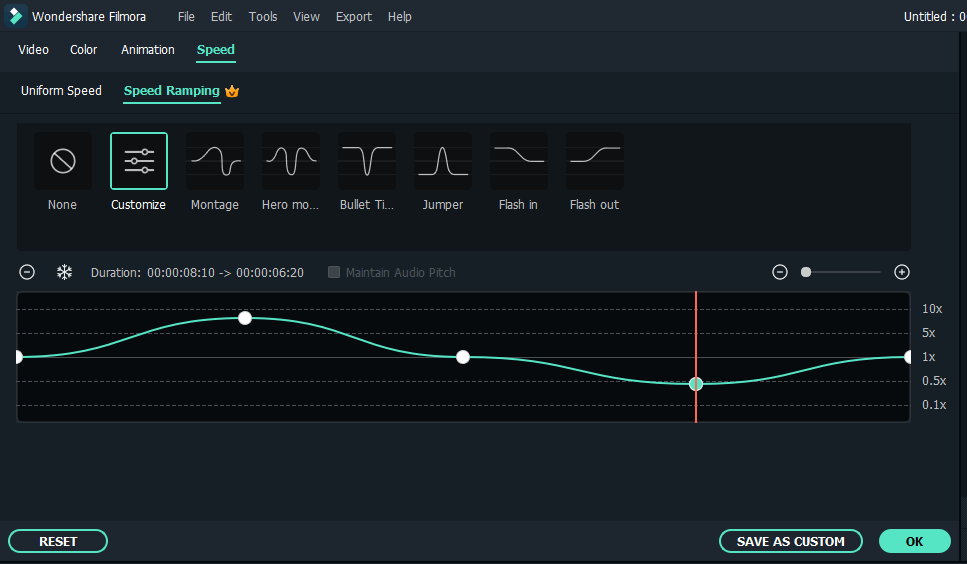 Place the playhead to where you want to speed up or slow down the speed or videos. Then just drag it upwards or downwards to control the point speed. You can create a softer curve if you want a smoother change of speed. More amazingly, however you speed up or slow down the video, its audio quality won't be affected. That means you don't need to worry about getting a sharp/strange sound after the adjustments.