Which Kind of Dubbed Animes Do You Prefer?

you are searching for nice romance anime, action anime, or harem anime? here they are. we recommend 9 animes.
Try Free Try Free

Anime is a trend that has been on the rise in recent years, with brand new genres, types and artists appearing every day. From romance to action, tragedy to adventure, there are plenty of stories to enjoy and, thanks to dubbing, the very best tales are now more accessible than ever.

For the most part, anime tends to be in Japanese, and in the past, the best anime was inaccessible to those who didn’t speak and understand the language. With the rise in dubbing however, this all changed, allowing speakers of all languages to enjoy everything from the best romance anime dubbed into English, to quality action dubbed anime, and everything in between. The world is your oyster, and there is plenty to explore.

5 Centimeters Per Second is often regarded as one of the greatest love stories ever told, and it is pretty easy to see why. The visuals are stunning, and help to perfectly compliment a heartwarming love story, which follows two separated lovers, remaining in touch via written letters. When one half of the couple, Takaki, discovers he is moving even further, he fears he will never see his lover, Akari, again. The viewers are caught up in a heart-wrenching tale of love, loyalty and devotion as they anxiously yearn for the lovers to reunite. Engaging, emotional and with evocative imagery, it is easy to see why this is one of the most popular romance stories, and has captured the heart of so many. 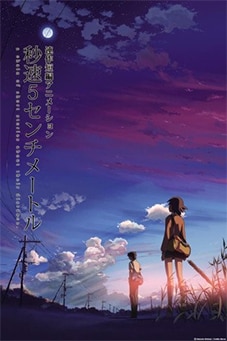 2. The Garden of Words

When even the title is beautiful it is easy to see why the Garden of Words is so often considered one of the best dubbed romance anime stories. The tale follows Takao, an aspiring shoemaker who skips class to work on his drawings, only to meet a beautiful and mysterious woman in the garden. After offering to sketch her some shoes, the two strike up a friendship which turns to love, without revealing one another’s true identities. In a dramatic twist, we learn that Takao’s lover is actually a teacher at the school, leaving the couple to confess their feelings - but will they be too late? The emotional climax helps to place this firmly in the list of one of the most popular romance tales - who doesn’t appreciate star- crossed lovers? 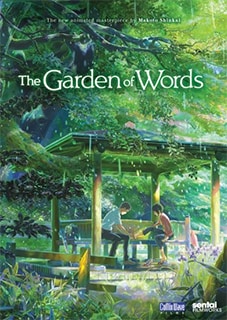 Another must-see if you are a romance fan, ‘Your Name’ introduces us to Mitsuha, a high school student from the countryside who aspires to big city life. Meanwhile, Taki is a city boy, juggling jobs and school, discontented with his lot in life, and searching for an escape. When the two awaken in one another's bodies, will they find happiness, or learn that the grass is not always greener? An incredible tale of happiness, identity and love, ‘Your Name’ is a perfect world to lose yourself in. 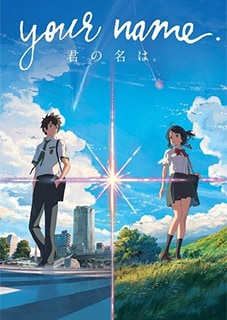 Romance is all well and good, but what happens when you are yearning for a little action? Some of the best action dubbed anime tales are also often considered the very best examples of anime, and there are plenty of twists and turns to keep you busy; from gangsters to grueling challenges, assassins to superhero stories, the action genre is vibrant and exciting. Without further ado, here are some of the top action dubbed anime examples!

If you are on the hunt for a cartoon crazy anime dubbed world, Black Lagoon should be top of your list - it is often cited as one of the very best action dubbed anime options. With gangsters, drugs, crime and a murky underworld, there is plenty to enjoy - and you will be rooting for the protagonist, Revy Rebecca and her famous two pistols! As an added bonus, the voice actors are some of the finest we have seen, making this hugely popular not only for an engaging, engrossing story, but as a fine example of acting talent and ability. 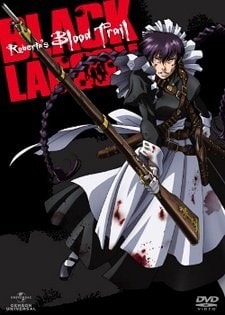 Who doesn’t love revolutions, government plots, secret assassins, and an underdog fighting for justice? If this sounds like the ingredients for your dream action movie, you are in the right place with Akame Ga Kill; a story that often tops the list of action-themed animes. The story is fast-paced and exciting, with a colorful cast of characters, and some of the finest voice acting we have seen in the anime genre. This is an action adventure taht should be at the very top of your list. 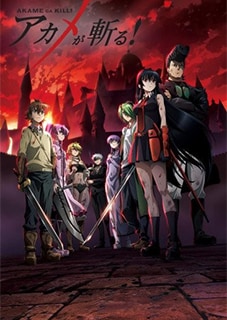 Who runs the world? Girls! Or at least, that is the case in the highly acclaimed ‘Noir’, an action anime that focuses on a core team of badass female protagonists. When a pair of sassy female freelance assassins take on the bad guys - and win - you can expect plenty of drama, as well as weapons galore, high-speed chases, and enough excitement to leave you breathless. Noir is a shining example of action anime, and offers a refreshing change from many of the popular selections on the market. 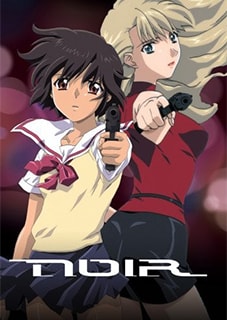 Harem dubbed animes are amongst the most popular examples of anime, and feature three key elements: amazing stories, lots of fast-paced action and, of course, plenty of girls! With so many options to choose from, narrowing down your selection can be hard; and that is where we come in to help. Read on to discover the very top harem anime dubbed stories, and get ready for plenty of fun.

Maken-Ki is often considered one of the top harem anime dubbed, and also takes a bow as one of the most popular romances on the market, thanks to a delicate blend of comedy and romance. The main focus of the story is Takeru Ohyama, an average teenage boy - who ends up at a school specializing in three things: magic, combat and girls. Plenty of hilarity ensues as he attempts to navigate his way through this new world - and also face the challenges of being a teenage boy… 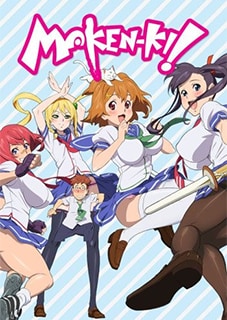 Originally adapted from a novel of the same name, Infinite Stratos weaves the story of an incredible weapon, which can only be piloted by women. There is just one man, Ichika Orimura, with the power to steer the ship, and he is forced to join the ladies for training to perfect his skills and build his talents. What follows is a wonderful combination of action and romance, as Ichika realizes that the ship is not the only thing he will have to navigate… 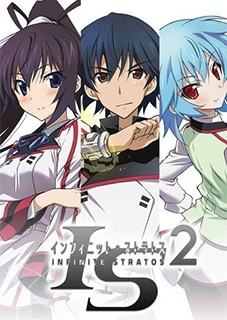 Trinity Seven is another tale with a unique blend of emotional impact, comedy, and plenty of romance, as we follow a young male protagonist trapped with seven female images -representing the seven deadly sins - at an exclusive magic school. Here, he must learn to build his strength and master his powers - while resisting the lure of the ladies - in order to ensure his own survival - and that of his entire hometown. 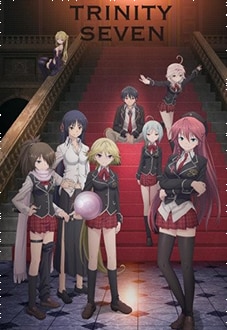 How To Dub Kinds of Anime with Filmora X?

So just how do all of these amazing stories spring to life, fully dubbed? If you are a fan of dubbed anime, it can also be fun to learn how to create your own dubbed content with Filmora, transforming your favorite tales into a range of languages, ready to share with the world.

Translation and transitions are essential in both the scriptwriting and the voiceover. Start by studying the anime thoroughly, and ensuring that all dialogue is transcribed correctly. Next, translate it into your desired language, and make sure the translation is accurate.

Once you have your translation, start to build a script from this. Write in conjunction with the scene, ensuring that the voiceover matches with original speech, and that sentences make sense. Remember that a word in Japanese might be a whole sentence in English, so adapt and adjust accordingly - you want your English dubbed romance anime to be accurate, to make sure your audience swoons!

Now is the time to kick your Filmora into action! Start by playing the clip, and removing the original audio. Move your slider to the section of audio you wish to edit, and right click on the music track in the timeline. Next, select ‘Split’ to split the audio, and it can then be deleted from your timeline. Then it is time to record your new audio, and insert this into the timeline, making sure that everything matches up with the visual. It may take a little adjusting and editing, but if you have carried out all the prep correctly, you can enjoy a complete, successful result.

> Animation > Which Kind of Dubbed Animes Do You Prefer?