Can't Find Camera Roll on Your iPhone 6s in iOS 9? See How!

Camera roll in an iPhone is the place where your photos are stored. As the name suggests camera roll iPhone is the inbuilt feature of your iPhone 6S. You don’t need to activate the camera roll of your iphone manually. It is the physical storage of your photos. All the pictures that you have taken with the help of your device, all the photos that you have downloaded from websites and the texts are stored in the camera roll. With time Apple has updated its features. In iOS 8 the camera roll feature was missing. Instead of that apple has introduced "Recently Added" album. Where you can add new photos, you can create new folders and many other things.

The much talked camera roll has been discarded in the newly designed OS for the iPhone 6S. Instead, the world’s biggest technology firm has resorted to a new feature called as "Recently Added" album. This can’t be brought back until you apply some methodologies. The method is pretty simple. You simply need to change some settings of your iPhone. After the changes brought in by the phone manufacturer, the whole apple community went berserk about the newly added feature. The camera roll feature was pretty simple. It had much functionality that made it easy for the users to access the photos and to make modifications. Apple developers mulled over the complaint and came out with a solution. Now it can be accessed by changing the setting of your phone.

You can use alternative applications that have the same feature as camera roll. There are various alternative apps provided by third parties that can well be used in your phone to give you the simple features of camera roll. You simply need to install those apps available in various platforms. 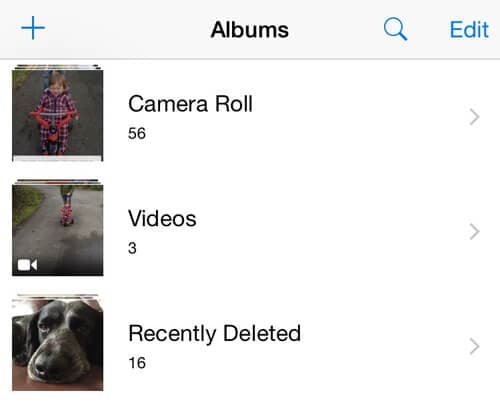 The newly developed operating system iOS 9 for iPhone 6 can give camera roll upon changing your settings. These settings are pretty simple. Here are the few simple steps to access your old camera roll. Since apple has omitted the feature, it hasn’t brought any changes to the feature. You can access the version that used to exist in iOS 7. Here are the simple steps.

After opening the camera roll, you can easily tap the screen to know where your photos are stored. Then you can tap on the camera screen to add as much as photos you wish to add to your album. You can add new albums to the existing lists. You can bring all the changes that you wish.

How to Rotate GoPro Video Upside Down