Tips You Should Know about Windows Movie Maker Free Version

Yes, Windows Movie Maker is a free video editing tool provided by Microsoft to all its PC users around the world. You can either make small movies or even prepare some official presentation for any project using the Windows Movie Maker. There are various version of this innovative software and all of them can be easily downloaded from the internet for free. In this article we will know more about the free Windows Movie Maker and some of the advantages and disadvantages associated with it. 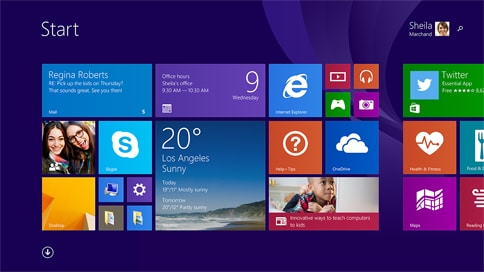 Windows Movie Maker was first launched in the year 2000 and since then several new features have been added and new versions launched. The first version wasn't very user friendly and did not gain much popularity among Window users. It was easy to operate but transferring data from your camcorder to your hard drive was complicated and time consuming. A new revamped version of the video editing program was launched with Windows XP but while there were some good updates done it was still not worth the time and effort to use it.

#1. Windows Movie Maker is free so it can be easily used by anyone who needs to create a video or edit an existing one.

#2. Windows Movie Maker is an ideal video editing program as it can quickly record images directly from your camera or even capture previously recorded video clips.

#3. Windows Movie Maker has easy functionality and you can organize multiple video clips and create a movie from it. This can be done by utilizing the storyboard function of the software.

#1. Windows Movie Maker has improved a lot since it was launched in 2000 but it still has some drawbacks that need to be worked upon.

#2. Windows Movie Maker has been known to crash at times and if you are editing or recording a video you may lose your work and need to start from scratch.

#3. You cannot uninstall it using the Add/Remove function available in the control panel. This means that whether you use it or not it would be part of your Windows operating system.

Filmora Video Editor is the best Window Movie Maker free alternative in the market and provides the best methods, tools and techniques to perform the video editing easily on Windows. It has the feature of auto enhance which can enhance your video quality automatically to match you needs.

As an easy to use video editing software, Filmora comes with user-friendly interface, professional editing tools and cool video effect, which let you make your own beautiful video story with ease. If you want to learn more about how to edit a video, please click here.