Wanna create a funny and creative stop motion video by yourself? Find the best stop motion app or software in this article and start your magical journey right away!
Try Free Try Free

Stop motion is a filmmaking technique that captures still images frame by frame and conveys a narrative in a video animation. In this technique, a camera is started and stopped frequently, frame-by-frame, to give motionless objects and figures the illusion of movement. It is similar to traditional animation that is also a frame-by-frame process. Traditional animation is 2D and mostly hand-drawn, but stop motion is photography turned into 3D animation.

You might be wondering why you should use stop motion in the era of CGI animated filmmaking. The reason behind using stop motion is that feature-length films can be monotonous and not budget-friendly. On the other hand, stop motion graphics and videos are pretty simple to create and implement when using them for video marketing strategy.

Films like The Nightmare before Christmas (1990), the Wallace and Gromit (1993), and Coraline (2009) have popularized this style of animation. In these films, scenes of the characters were created frame by frame, as artists move centimeter by centimeter for each shot to imitate movement, speaking dialogue lines, and having finite facial expressions. 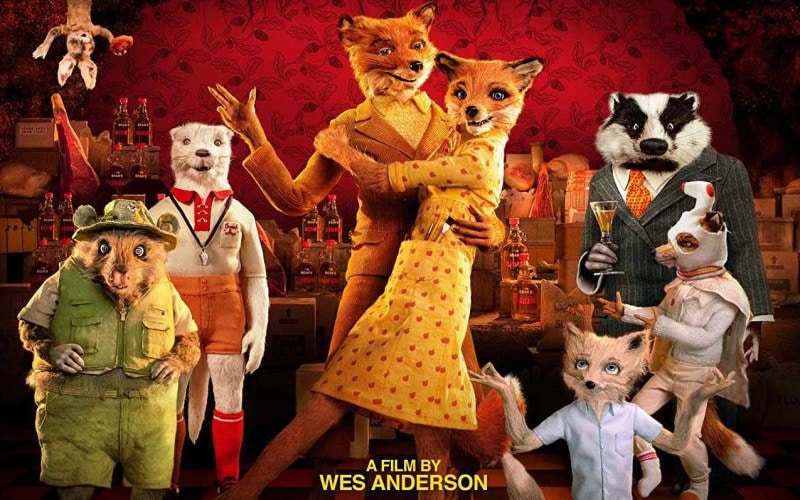 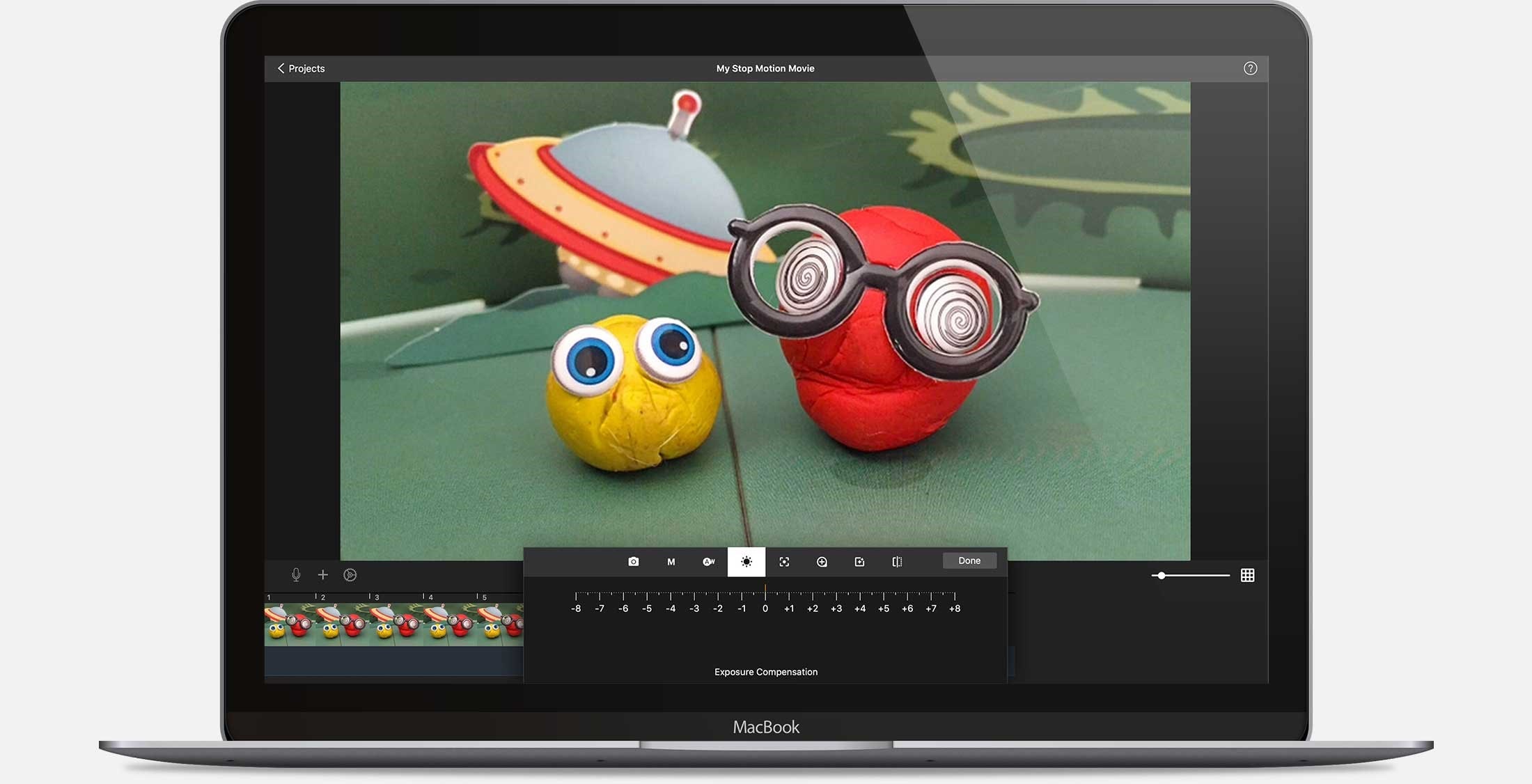 Stop Motion Studio is an award-winning app used to create stop-action movies with unique features. If you want to make a film like Wallace and Gromit for YouTube, it's an amazing app to try.

Clayframes is one of the slow motion video making app that captures still images frame by frame to create smooth stop motion animations. It allows to capture multiple photos at a time and to convert them into a video. You can use this app as a video marketing strategy for social media platforms like YouTube. You can use this app even if you're a novice.

Pros: Kids with a short attention span can use it easily.

Fees: Clay frame doesn't charge a single penny for its use. You can use it to create stop motion animation without shelling out money. 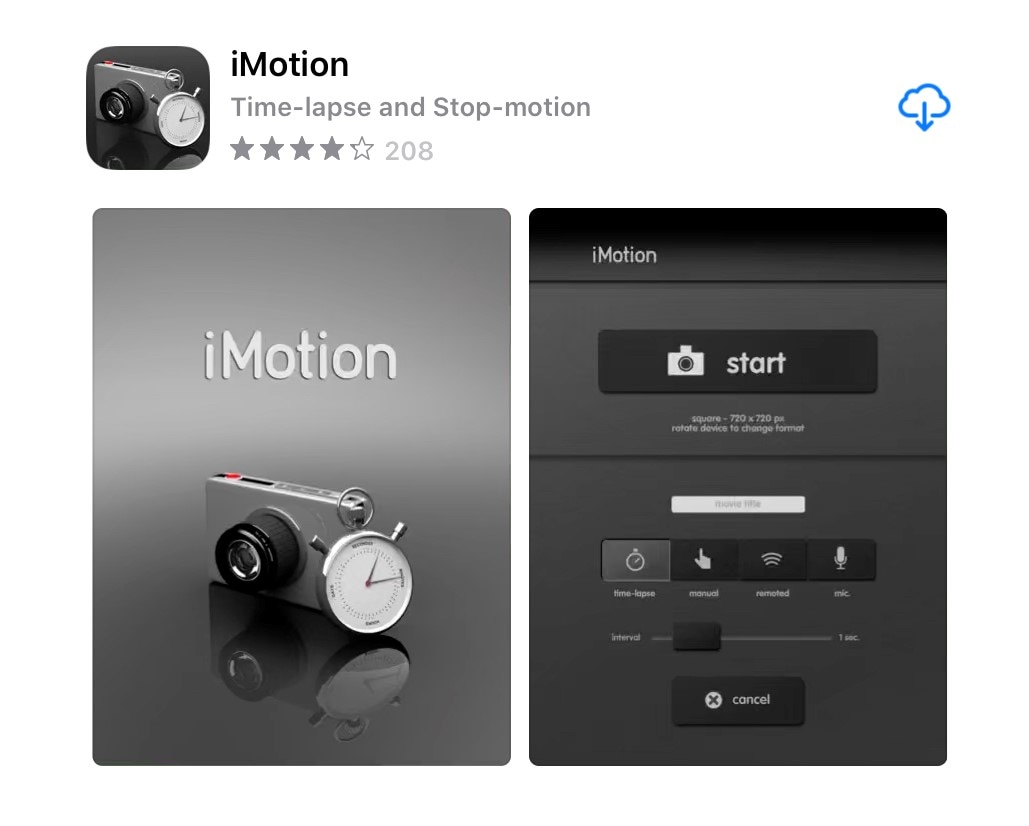 iMotion is a fast and slow motion video editor for iOS. It has a user-friendly interface that allows users to create time-lapse and stop motion videos. Using this free app, you can take pictures, edit movies, and export high-quality videos. This app allows you to export videos to your device or directly to YouTube. Isn't it exciting?

Pros: iMotion is easy to use; It allows Deletion of a separate frame; It allows users to control capture with a second device or with sound.

Fees: iMotion costs nothing for time-lapse and stop motion videos. You can download it on your iOS device without spending a single penny.

Cons: Once the animation is complete, the video quality drops insanely when export; After downloading, the app sometimes crashes when loading the main page. 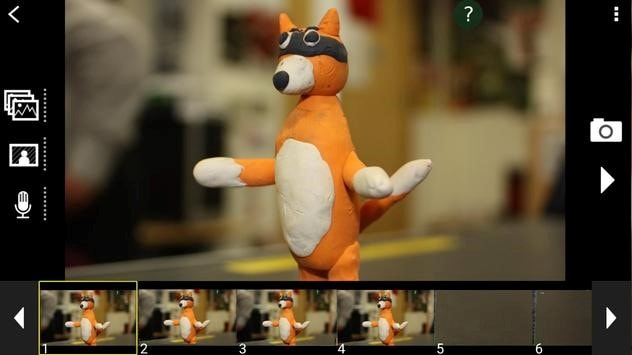 I Can Animate is a stop motion app that helps to make movies like professionals. I Can Animate gives life to still images with your creative streak to progress. Using this app, you can stun your friends, family, and counterparts by sharing your shorts on social media sites like YouTube.

Supported Operating System: I Can Animate supports both iOS and Android OS (4.7 and up versions).

Pros: Easy management of your grand animated movie; No cameras are required to make stop motion video; This app is fun for professionals as well as amateurs.

Cons: Sometimes, the speed of animation goes fast; Users claim that the app makes a loud sound while capturing a photo, and there is no way to turn it off.

Fees: I Can Animate provides a free trial and charges $4.99 to unlock pro features.

Filmora is the best stop motion app that allows adding movement to still objects. Using this app, you can make an object travel without traveling. Stop motion is considered an attention-grabbing technique, so it's a must to try to make your video more appealing for your visitors.

Capture the movement of an object frame by frame. Repeat this until you have captured at least 24 shots for 24 frames.

If you have already installed Filmora X on your system, open it. Import the shots that you have captured for stop motion video. 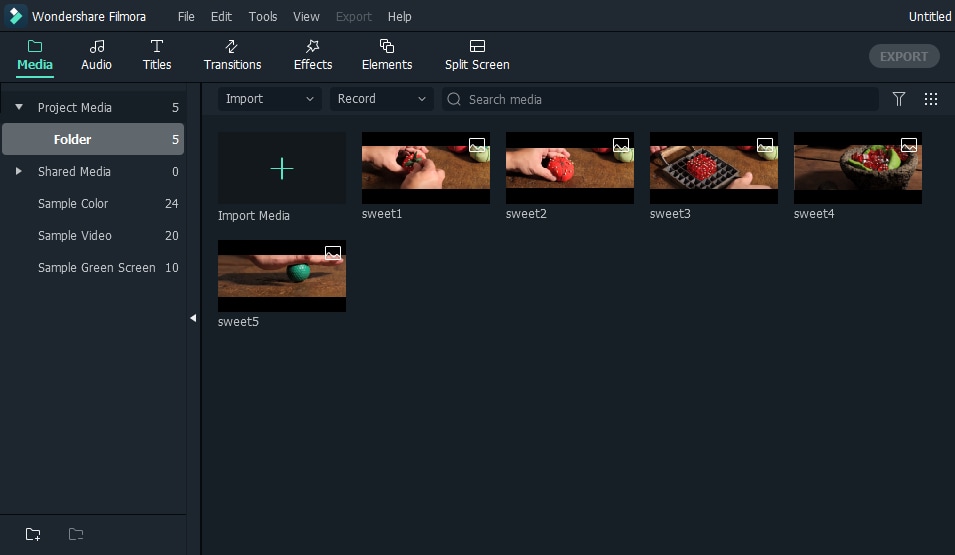 From File - Preferences tabs, select the Editing option. Adjust the image duration between 0.2 to 0.5 seconds. 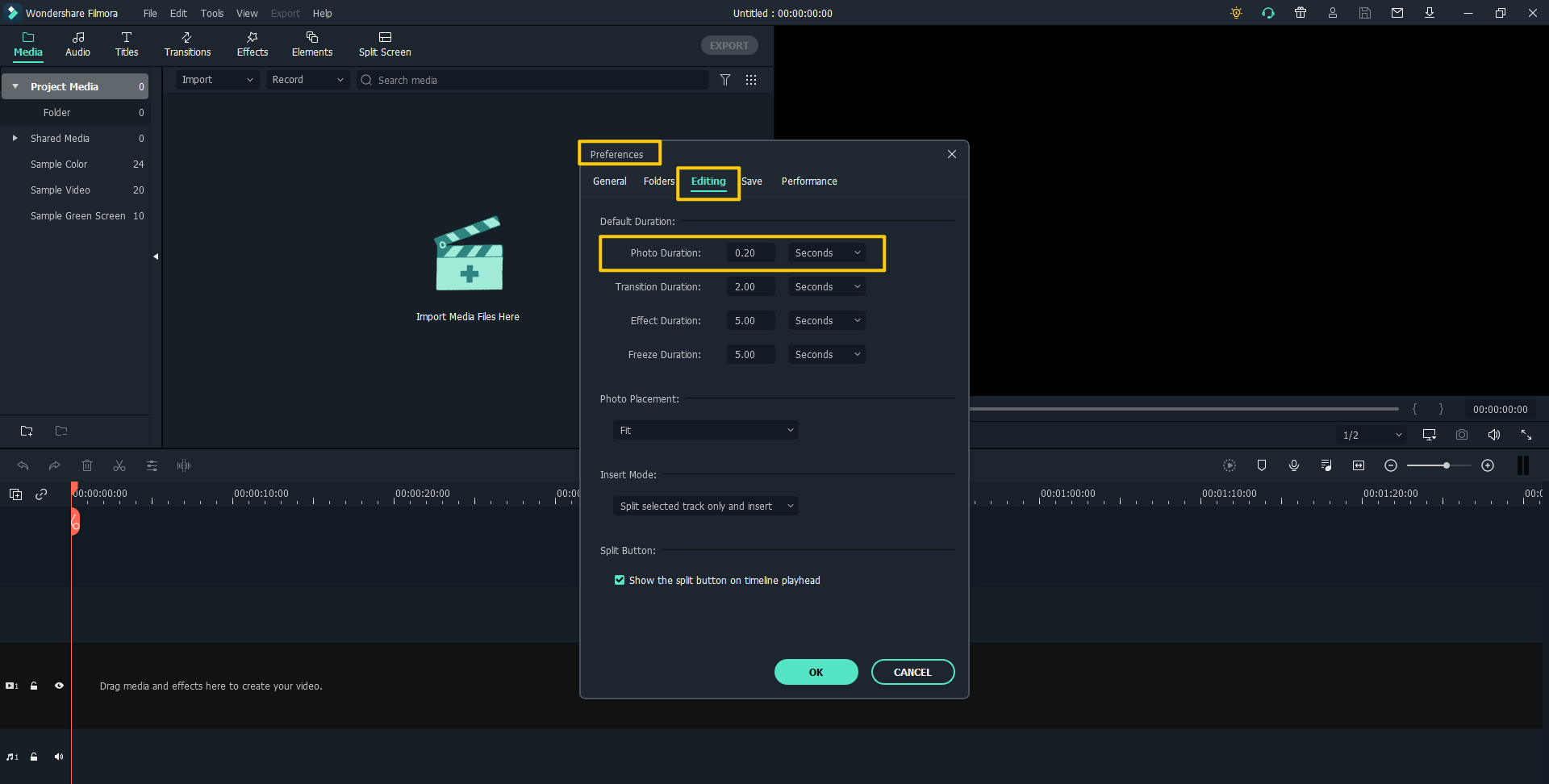 Step 5: Drag images to the timeline

Drag and drop all the images to the timeline and click the Play button to let the magic happen. Congratulations! You have successfully created the stop motion animation.

Export the video and amaze your visitors by uploading it to your social media sites. 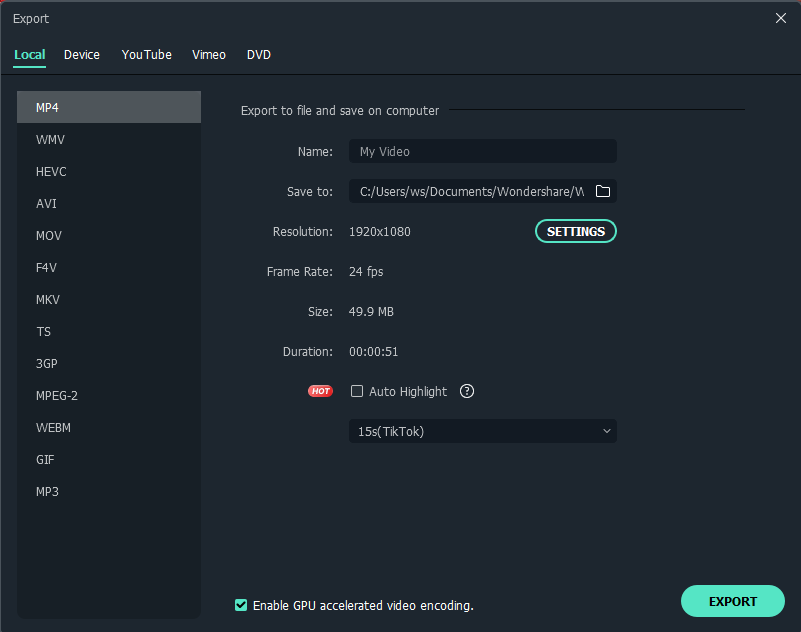 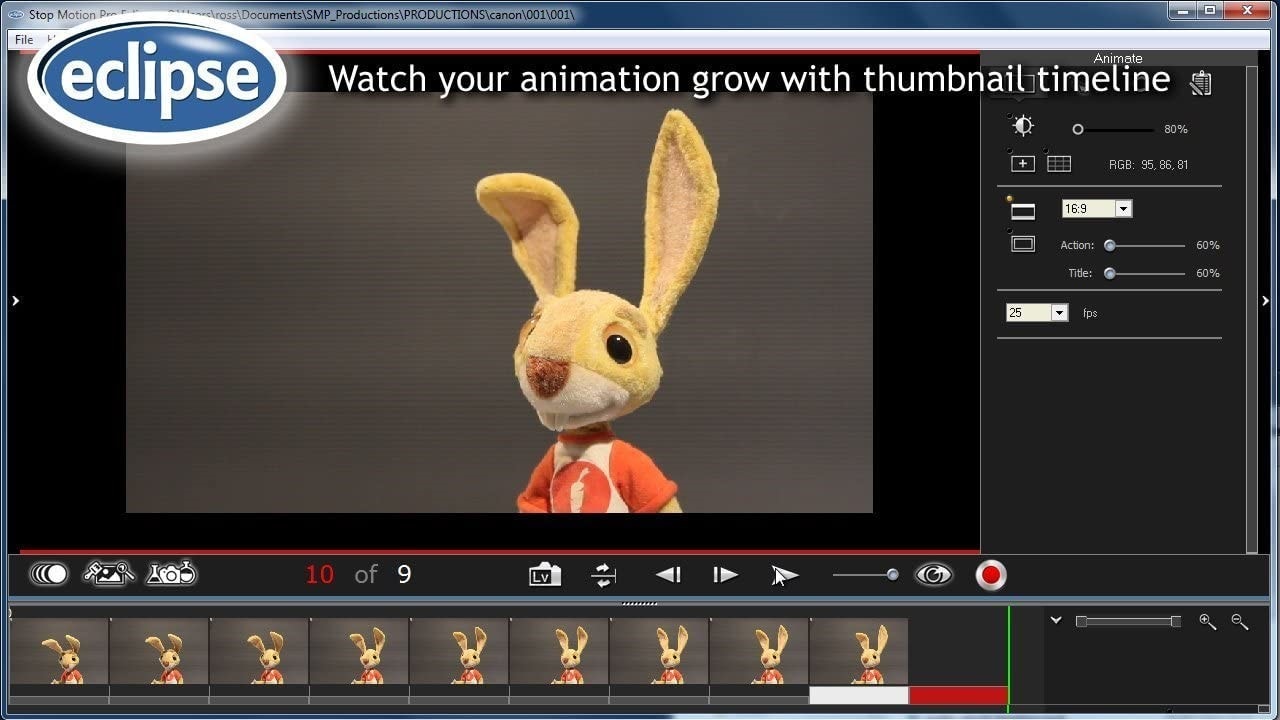 Stop Motion Pro Eclipse is a video editing slow motion app to create intricate animations. You can try this software to make your story and characters more interesting for your audience. It is the best tool for both professionals and amateurs with additional features of capturing tools.

Pros: Comprehensive software to create stop motion animations easily. It offers capture tools, so you don't need a camera to capture the shots. 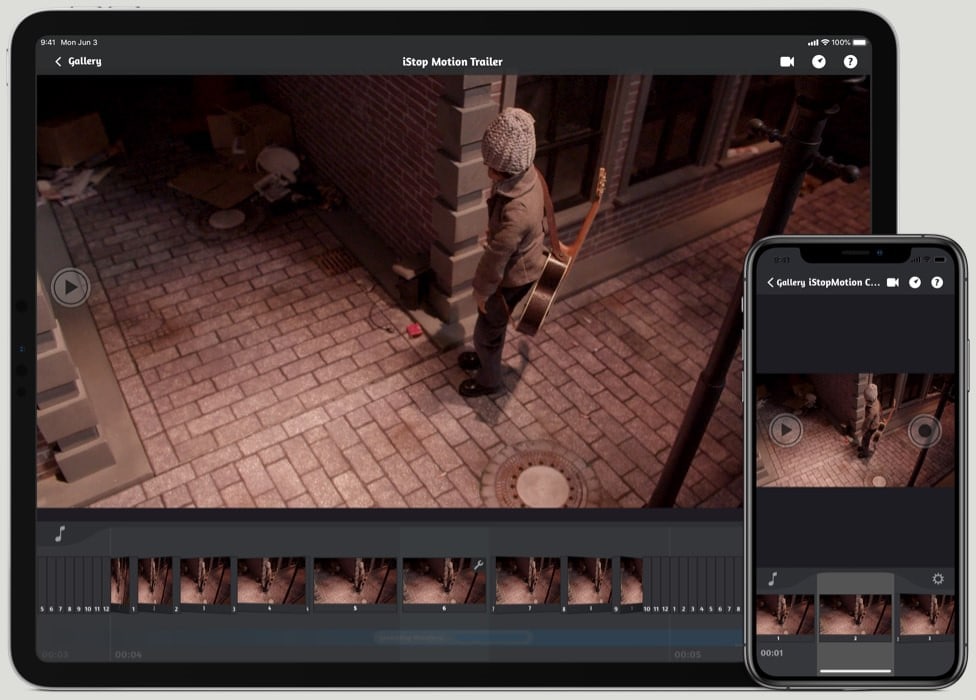 Boinx iStop-Motion is, a stopmotion maker, designed for stop motion and time-lapse specifically designed for Mac users. It offers a stunning feature that allows capturing images using DSLR by famous companies like Canon and Nikon.

Pros: Easy to use even if you are naive. This software offers DSLR cameras by renowned companies like Canon and Nikon.

Cons: It has no supported version for Windows OS. It doesn't offer a free trial.

Fees: Boinx iStop-Motion costs $19.99 to access its features to create a story frame by frame. 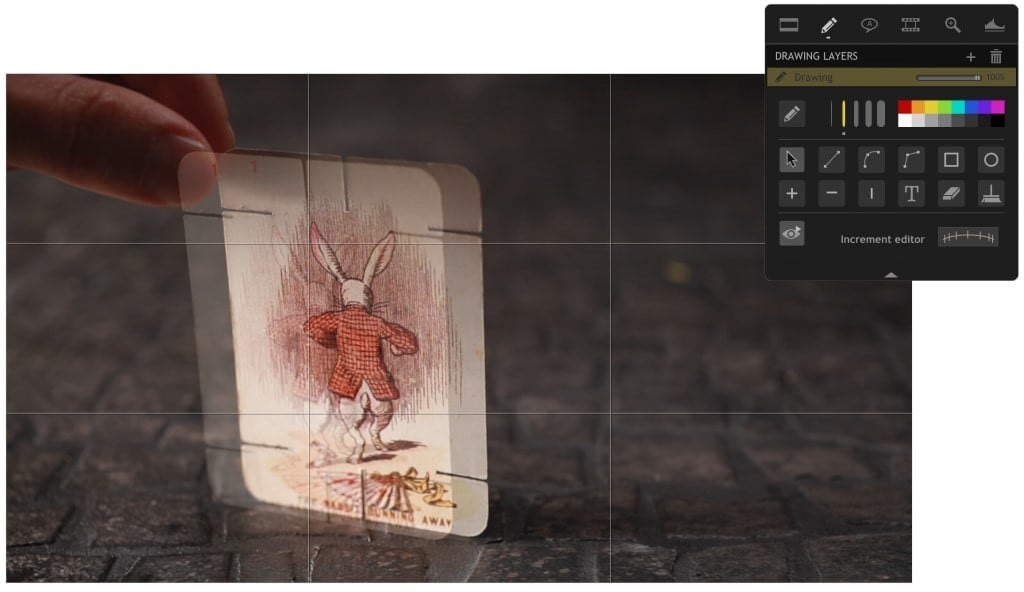 Dragon Frame is a stop motion studio app specifically designed for studios and filmmakers. This animation software is the best option for independent filmmakers. BESTIA by HUGO COVARRUBIAS, MAGICAL CAT by THREADWOOD are the famous short films edited by this software.

Pros: Beneficial for animation enthusiasts. Have many resources to guide to get started.

Fees: Dragon Frame offers a free trial of 30 days. Later on, it has different subscription plans to unlock its full potential. Its student plan costs $195, and you can upgrade it when needed.

Heron Animation is a free stop motion video maker that captures pictures from a webcam and puts them together for animation. Due to its intuitive interface, it is equally helpful for both amateurs and professionals.

Pros: Free access to all the features. No need for a professional camera, it supports a webcam to take pictures.

Cons: Heron Animation is still under development, so some features are disabled temporarily.

Fees: Heron Animation doesn't cost a single penny. You can try it all for free. Isn't it interesting?

As long as you are prepared to edit your own clip of slow motion animation, any of the introduced apps or softwares can help you to finish the job with ease. In case you need to further edit your videos, such as adding text, music or other effects, a desktop application like Filmora Video Editor will help you to achieve this. Hope you can have fun editing and creating!

If you're interested in Filmora, feel free to click the video below to know how it change people's way of creating funny videos!

1. What are stop motion, slow motion, and fast motion?

Stop motion is an animation technique that captures still images frame by frame and shares a story with the audience. In this technique, a camera is started and stopped frequently, frame-by-frame, to give motionless objects and figures the illusion of movement.

On the other hand, slow motion is a filmmaking technique in which the speed of the video slows down than its original speed. La Voyage Dans la Lune (1902) was the first-ever movie that used this technique to move moon inhabitants in a weightless fashion.

Fast motion is the opposite of the slow-motion technique in which a video appears faster on the screen. This technique allows the audience to watch a scene with great speed that would normally take a long time to happen. Moreover, this video technique helps the audience to avoid boringness when watching a long scene.

2. What are the best motion track cameras?

3. How long does stop motion take?

There is no specified amount of time to create a stop motion animation. It depends on the number of characters in a story, camera movements, and shooting frames per second. Make the best use of your time to complete a stop motion project within short span of time. You don't need to capture 60 footage when you're using 24fps. Invest your time in taking shots that best suits your video requirements!