Have an easy way for adding freeze frame using iMovie? Yes, here is the tutorial for completing it.
Try Free Try Free

Have you ever seen images in a movie scene being transmitted successively in a slow speed to dupe human visualization? That is the effect of freeze frame which has been used and re-used in filmmaking over the years. And you can create freeze frame in iMovie for free on Mac. Freeze frame usually comes with low requirements for bandwidth as compared to full-motion technologies. You will mostly see freeze frame being used where a single shot is captured but the filmmaker wants the viewer to believe that it was continuous. In this article, we will discuss abouthow to do freeze frame in iMovie .

How to Do Freeze Frame using Filmora Video Editor

With this iMovie alternative, it is possible to do freeze frame at your own convenience which is why it ranks as a good option. The freeze frame to create has to be clearly displayed in the viewer window and you should not embark on anything without that assurance.

Step 1. Import video to the program

First, you need to import video to Filmora Video Editor. You can do this by simply dragging and dropping the video the to program interface.

After importing the video clip to the media library and drag the video to the timeline, go to the “Preview” window to click on the camera icon to take a snapshot of your video. 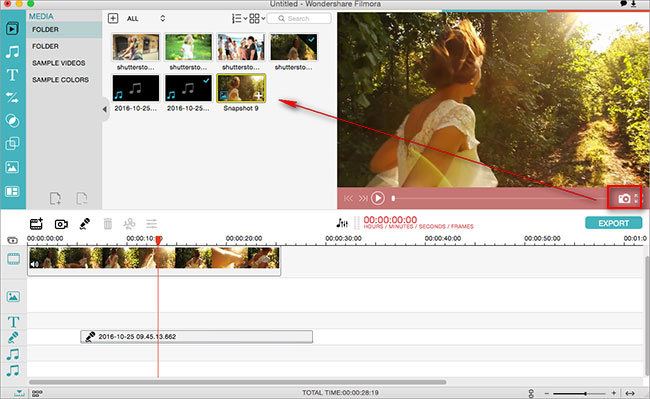 After taking the snapshot of the video frame, drag it to the location where you want to freeze the frame in the timeline. And you can double click on the snapshot to adjust the duration. 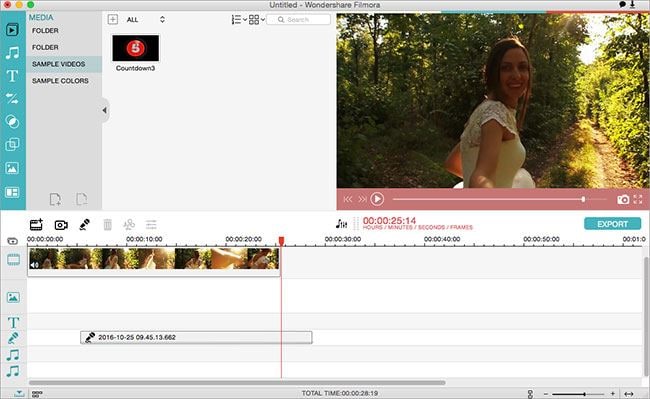 With iMovie, you can accomplish virtually anything in the world of technology including adding freeze frame. It has been a widely asked query on whether it is possible to have freeze frame done in iMovie and this part has all the necessary answers. This program will make everything seem easy and you will be subjected to more than one ways of doing freeze frame on iMovie. However, you will come across some versions of iMovie that have limited options for creating freeze frame but worry less. Your experience will not be watered down in any way since the few options are as well up to the task.

Out of the many options that you will have at hand for consideration, be wise enough to settle on the one that best suits your needs satisfaction. You will have to consider a variety of options but don't limit yourself to the extent that the choice you make ends up frustrating you. For your sake, this article will discuss all the options and you can select the best one after going through. It starts with creating a freeze frame in the project timeline.

With this, launch the iMovie so that you can easily view your project. From the timeline, there will be a play head colored red which will be visible. Move it appropriately over the video in the project until it reaches the frame in the video file that you want freeze frame created. 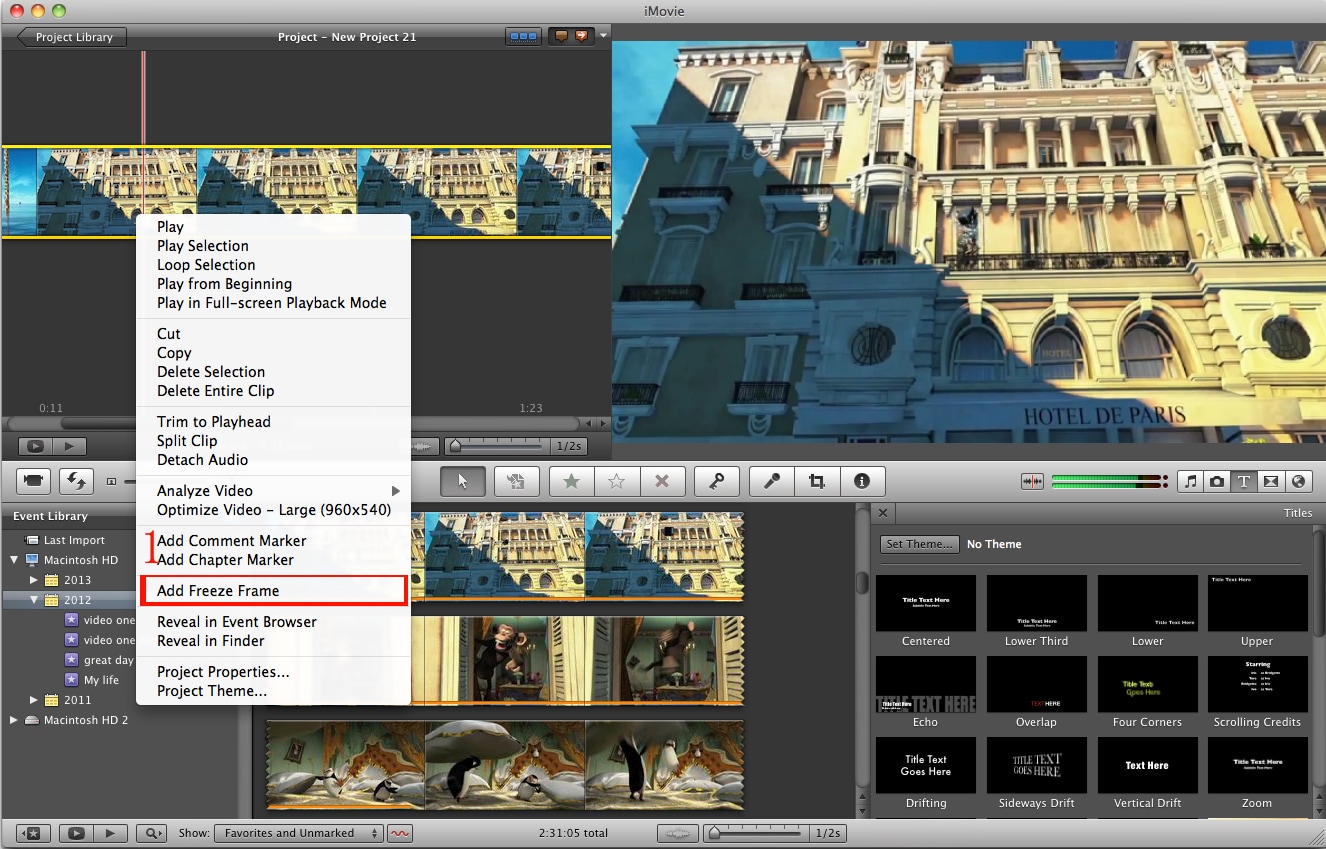 You have to exercise precision in all steps because minor errors can end up messing your entire project negatively. Right-click on the timeline to view the offered options and they will be many for your consideration.

In the face of all that, settle on "add freeze frame" since that is your sole intention in the whole process. Once the freeze frame is created, you will have the flexibility of making possible adjustments that you feel will help make it more interesting. Don't choose on any changes you feel like but they have to be clearly thought out and well-intended. 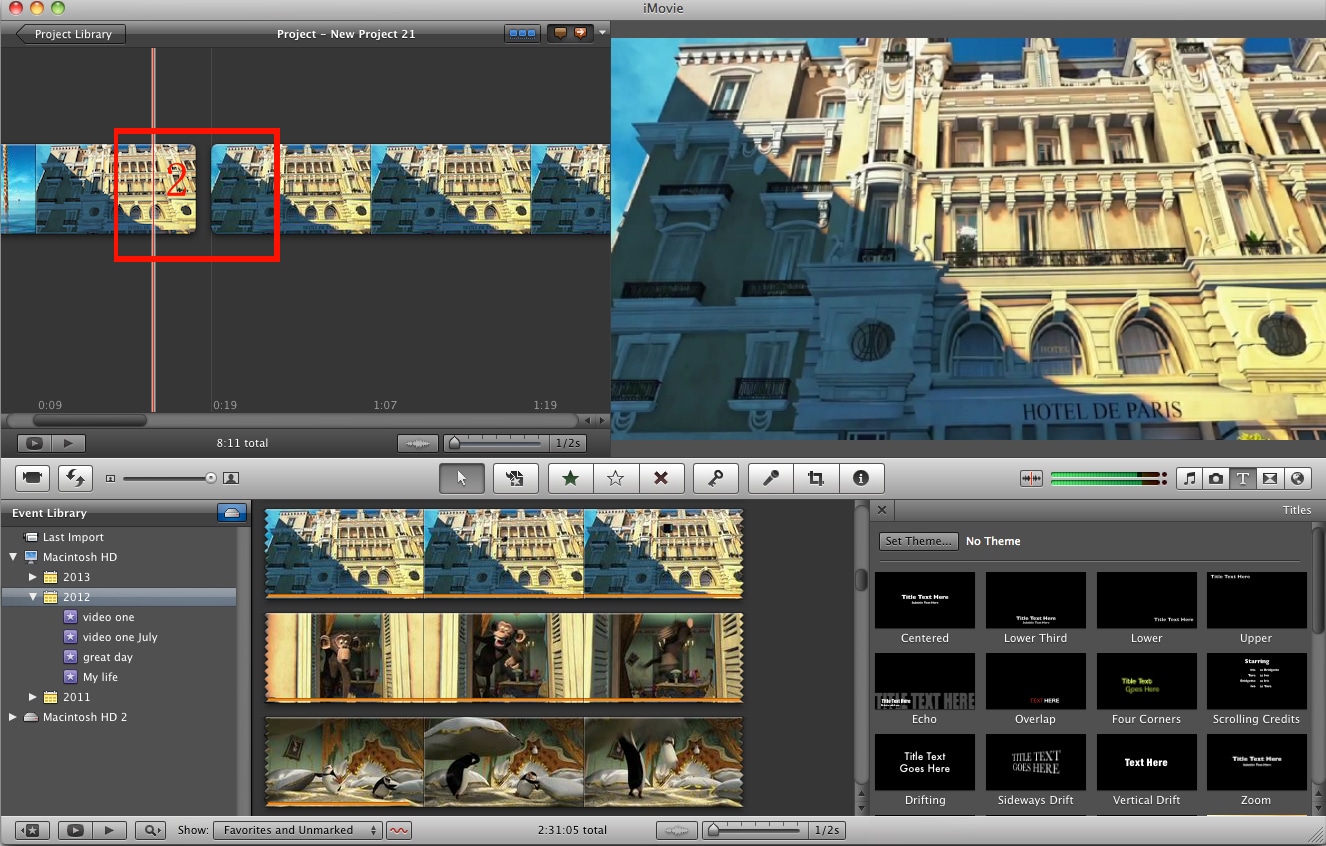 The second option is creating freeze frame in the event library which will begin with moving the red play head over a section of the video. This will be happening in the event library which is the workstation for this second option. Right-click on the event library then settle on the "add still frame to project" from the many options that you will view. The freeze frame will be created automatically and immediately added to the project timeline where editing takes place. There are times when the two options are missing and you want to create a freeze frame. Don't worry because there is still a way for you to accomplish the task at hand.

If that is the case for you, follow this guideline in creating a freeze frame. Select some part of the video that you want to make freeze frame to a size that is viewable on the window. From the keyboard, hold down "shift" key and press "4" which will come up with a cross hair cursor. Then drag a box nearby the video while still in the viewer window such that an image is created on the desktop. Add an image and open up the tab for images in iMovie which will begin the loading process for freeze frame to the project. An iMovie freeze frame will be created. Out of all those options, the decision on most suitable one will rest on your hands.

Video Tutorial: How to Do Freeze Frame in iMovie on Mac OS X

Maybe you have learnt all the information about using iMovie to do freeze frame, also we have made a video tutorial for you.

iMovie Crop: How to Crop Video in iMovie