How to Detect Video Scene Changes and Cut Some Unnecessary Scenes?

There is a program that can detect video scene changes. This page will introduce you more details. Just enter this article to learn more.
Try Free Try Free

Is There a Scene Detection Software that Can Detect Scene Changes?

If you wanna separate a large video to several small clips according to its scene for better editing, you might need a video editor with scene detection function. This function can detect the whole video and split it based on different scenes. It quite easy to help you delete unwanted part of a video. Filmora Video Editor is your best scene detection software to detect video scene changes and cut unwanted part with its scene detection feature.

Filmora Video Editor is an easy-to-use video scene detection software. It takes only a few seconds to make scene change detection and split the video to several clips to the Timeline. It has a sleek user interface with high level video editing features clearly listed on the timeline.

You can follow the below simple steps to detect scenes and split your video with auto scene detection using the Filmora Video Editor for Mac:

Step 1. Launch Filmora Video Editor for Mac and click the top button on the left top pane to open the Media folder where your video files are saved. Or you can directly drag and drop your video to the program.

Step 2. In this step, right click on the video and select "Scene Detection" option from the menu. 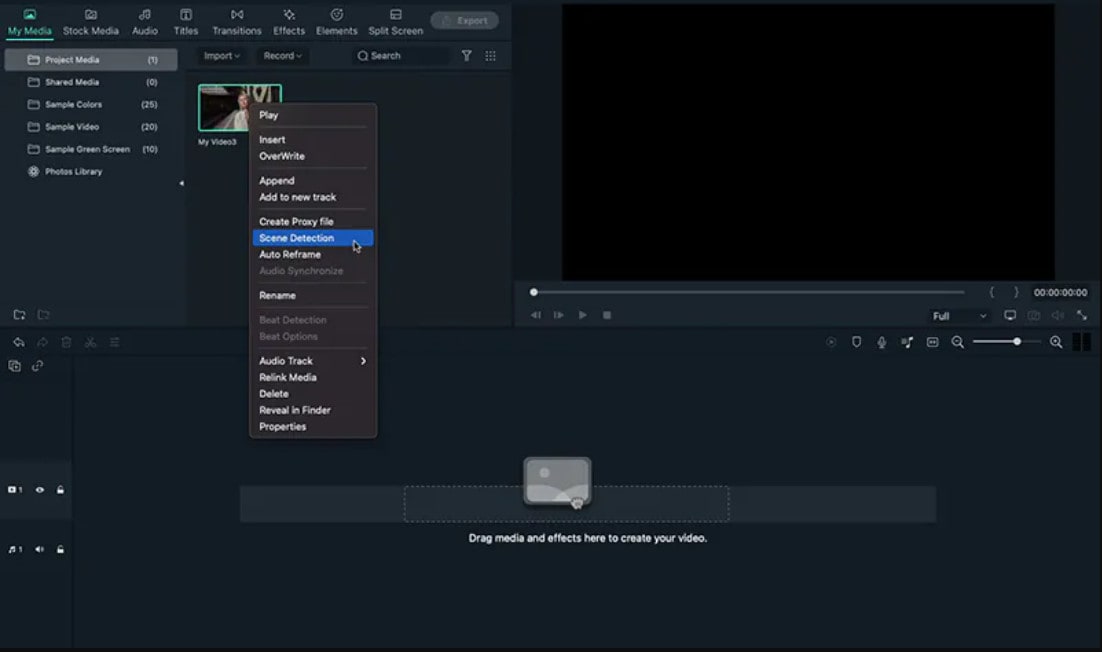 And you will get a pop-up Scene Detection window. Then you can click on the "Detect" button to detect the video at detailed frames. Now you can delete any unwanted clip. When confirm the editing, click the "Apply" button to save your change.

Step 3. After clicking the "Export" button, please select the output device and format for your video. Finally, touch "Create" to save it with zero quality loss.

> Creative > How to Detect Video Scene Changes and Cut Some Unnecessary Scenes?